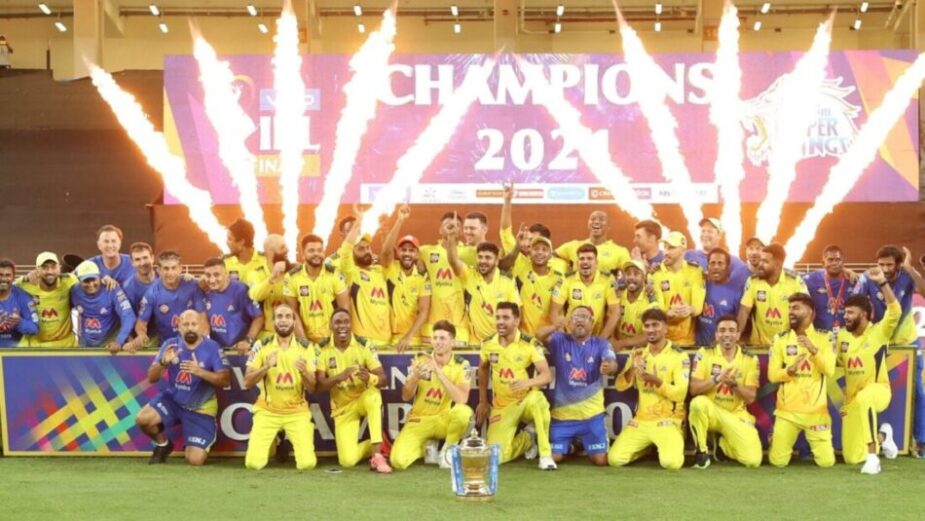 IPL 2022: The squads for all the franchises are clear and the teams have moved up for the next stage of preparation. All the franchises have picked the best possible squad for their team for the upcoming IPL 2022. Now it will be interesting to see how the team management chooses the best XI for their team. The defending champions Chennai Super Kings got a few of their released players back at the auction. But still, there are many new faces on the team. Check out our IPL cricket betting sites here and learn more tips from the betting experts.

Chennai has always been one of the strongest bowling units in the tournament. But this auction has changed everything in the squad. So let’s talk about the best possible top five bowlers that CSK has got who can feature for them in their playing XI.

For the first time in IPL history, CSK spent more than 10 crores on a single player during the auction. And that’s for their very own Deepak Chahar. CSK bought him at the auction for a whopping INR 14 crore. And it shows the value he brings to the team. The young all-rounder is a complete bowling package, which a team wants in the T20s.

He can bowl his four overs straight in the powerplay and take wickets up front. And after playing for India, he also got the experience of bowling at the death. All in all, he is one of the best bowlers Chennai has got at the moment. So he will be the first choice of CSK on any given day as their new-ball bowler.

The 38-year-old West Indies all-rounder is capable of doing what a young bowler can do. He has played for the Chennai Super Kings for 11 seasons. And after being released by CSK, they eventually got him back into the auction with an amount of 4.2 crores. The veteran all-rounder has played a vital role in all four of the Yellow Army’s title wins. Read more reviews about Mobile Bet365 and know how it works online.

Bravo has played 104 matches for CSK and taken 122 IPL wickets while wearing the yellow jersey. His slower balls are still hard to pick for any batsman. Bravo won the purple cap in 2013 and 2015 while playing for CSK. And he is also a powerful hitter at the end as well.

A team will always need a bowler who can bowl fast and accurately. The Kiwi speedster will give a team both options. Adam Milne has been a part of the IPL since 2016 but has played only 9 games so far. He was part of the Mumbai Indians in the last season and RCB prior to that. The Chennai Super Kings paid INR 1.9 crore for him in the 2022 auction.

Chennai has many medium pacers in their line-up, but they need someone like Milne to hurry the batsmen. So he will be the perfect partner for someone like Bravo and Deepak Chahar in the team. The Kiwi pacer has played 31 T20 international games and taken 32 wickets at an economy rate of 7.84.

Jadeja is a world-renowned all-rounder and this will be his ninth season for Chennai Super Kings. He has a total of 127 IPL wickets at an impressive economy of 7.61 along with 2386 runs with his bat. And with his multidimensional abilities, he will fit into any team in the world.

Moeen Ali (8 crore) was the only retained overseas player for the Chennai Super Kings ahead of the auction. The England all-rounder joined the yellow army in the 2021 season. Earlier, he was part of RCB for two seasons. But his actual presence came under MS Dhoni’s captaincy.

It was a Moeen 2.0 in the IPL for CSK. He was one of the reasons for the title triumph last season with his bat and ball. And he performed exceedingly well for England and his BPL franchise as well. He is a top-order batsman who can bowl four economical overs in the middle as well. He will be the all-rounder CSK is looking for in their bowling line-up. Get the latest and legit online Betting Apps here for IOS and Android.