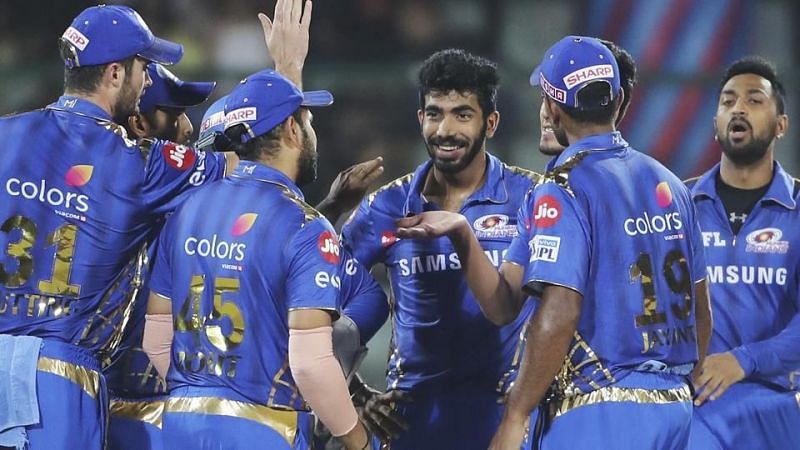 IPL 2022: Mumbai Indians haven’t gathered a squad that can replicate the 2019-20 template. They released the Pandya brothers, Trent Boult who have been the cog-wheel of MI’s success over the years. The obvious caveat is that you won’t know how good an auction a franchise had until they take the field and start competing.

However, there is no denying that they have enough holes to fill especially in the spin department. If the pacers don’t make an impact with the new ball, they could be in trouble in the middle overs.

Mumbai Indians have established a pool of fast bowlers in the auction. The biggest surprise was Jofra Archer, who was bagged for Rs 8.5 crore. They, however, will have to wait for another to unleash the Archer-Bumrah combo.

This season, Bumrah will be joined by the likes of Tymal Mills, Jaydev Unadkat, and Riley Meredith, making them one of the competition’s quickest attacks. In the all-rounder’s category, the most valuable pick was that of Daniel Sams. In this article let’s see what can be the best bowling combination for Mumbai in the upcoming season of IPL.

MI had their fast bowling department covered because they were able to buy Jofra Archer in the auction. To top it all off, they were able to draught Tymal Mills into their team. The English pacer is a T20 specialist, and even in Archer’s absence, he can bowl some serious pace.

Mills can bowl those surprise slower deliveries, which makes him a valuable player. He is a death-over specialist and has been a regular part of the English T20I setup. Mills had a good outing in the Big Bash League while plying his trade for Perth Scorchers. The left-arm pacer has picked 12 wickets in 7 games striking every 13 balls, with an impressive economy of 7.35.

With Bumrah on the other side, there is no doubt that they will bowl together. Mills didn’t have a good outing with Royal Challengers Bangalore. But as MI’s director of cricket operations Zaheer khan pointed out, they were looking for left-arm pacers, Mills will get enough game time under Rohit Sharma’s leadership.

Jasprit Bumrah is an important member of the team. There is no doubt that he is crucial to the MI’s success with the ball. He has appeared in 106 IPL games and taken 130 wickets with the ball.

Bumrah has come a long way from being a youngster with an unusual action to being the face of India’s bowling attack. The fast bowler has been and continues to be Rohit Sharma’s go-to man over the years. Even after four years of international cricket, he is unplayable.

Mumbai Indians bought Daniel Sams for Rs 2.60 after an intense bidding war with Lucknow Super Giants (LSG). Sams will have an important role to play since MI’s middle order looks relatively weak. The Australian all-rounder is capable of hitting the ball out of the park. In addition, he is a useful bowler who can bowl his entire four-over quota.

So far, Sams has appeared in five IPL games. However, he has been costly on a few occasions and has also picked up a wicket. He has, however, been consistent in the BBL. He has played 4 T20Is games, striking the ball at 234.78, further reinstating his hitting prowess.

The Saurashtra-born cricketer is an experienced campaigner. Jaydev Undakat has taken 85 wickets with an economy rate of 8.74 in 86 IPL games. As an Indian bowler, he will almost certainly be called up as the third seamer.

He might be unlucky to not get consistent chances in the national side, but the 30-year-old left-arm pacer has been performing consistently in the domestic circuit. Moreover, Unadkat can bowl in every phase of the game, which makes him a valuable asset.

Finally, Mayank Markande will be returning home. During the 2018 IPL season, the leggie made his debut against a strong CSK side. He had a dream debut, asking the Chennai batsmen some serious questions. Following that he made his T20I debut against Australia in 2019.

Markande had a stellar debut where he picked 15 wickets in 14 games. However, he only played 3 games for MI in 2019 before being traded to Rajasthan Royals. However, in the RR camp, he was not used to his full potential. Mayank’s ability to bowl the googly, a surprise delivery, can cause problems for batsmen. He played only 1 game for Rajasthan last season.

Under Rohit Sharma’s leadership, Markande will surely improve as a bowler. He can play to his full potential just like Rahul Chahar. He is another young prospect for India who needs to be handled well.