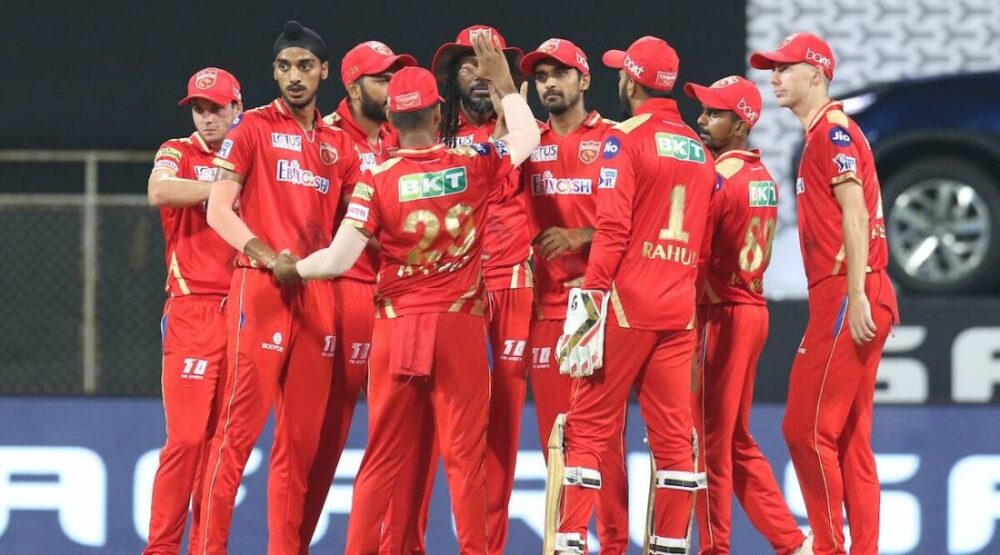 IPL 2022: The marquee event has crossed its first stage of the mega auction. All the IPL franchises have selected their group of players as per their purse value. Some teams got good international stars and some got experienced, Indian players. Punjab Kings, who entered the auction with the highest purse value of INR 72 crore, bought some of the finest players in the current era. Here’s today’s IPL Match Prediction 2022.

Punjab Kings, who retained only two players, Mayank Agrawal (12 crore) and Arshdeep Singh (4 crore) ahead of the auction, bought 23 players in the auction. So now the team needs to look for those eleven players who will fit into the team perfectly. So here we will first discuss the perfect five bowlers who could feature in their playing XI.

South African speedster played the last two seasons for Delhi Capitals. And was one of the reasons for their good run in the tournament. However, DC released him ahead of the auction. But Punjab grabbed him at a price of INR 9.25 crore. Kagiso Rabada is one of the fierce bowlers in the current era who can demolish any batting order on his day.

Rabada can swing the ball, bowl bouncers and yorkers, and is capable of taking wickets at any time in the game. He will be the right one to lead the Punjab bowling attack. He has played 50 IPL matches and taken 76 wickets at an economy of 8.21.

Arshdeep Singh was one of the two retentions Punjab Kings had before the auction. He has retained for a price of INR 8 crore because he was their star performer with the bowl last year. The right-arm pacer played 12 matches for PBKS last season and took 18 wickets at an economy of 8.27.

His death bowling stock rose after he continued to perform and deliver for the team. The 23-year-old is capable of taking wickets at regular intervals, as he showed in the last season. And with the addition of KG Rabada, he will learn more and could prove to be the right player to invest in for the future.

The Chahar brothers had a fantastic auction in 2022. Deepak Chahar went to CSK for an amount of INR 14.25 crore. Rahul Chahar also fetched an amount of INR 5.25 crore and went to Punjab Kings. The young leg-spinner played for the Mumbai Indians in 2019, 2020, and 2021 seasons. He was one of the emerging Indian spinners from the tournment. His performance forced selectors to select him in the T20I World Cup squad over veteran spinner Chahal.

He played 11 matches last season and took 13 wickets with a decent economy rate of 7.39. He is an attacking young spinner who has really good experience of playing in the IPL. So he will be the Punjab Kings’ premium spinner going forward.

The young Indian all-rounder created chaos in the very first game he played in the IPL 2021 against RCB. Harpreet Brar took three wickets in the match and scored a vital 25* runs off 17 balls with the bat. The wickets he took were: Virat Kohli, Glenn Maxwell, and AB de Villiers. And with this performance, the world learned about this young all-rounder’s abilities.

The young boy from Punjab played for his state franchise in the last season but was released ahead of the auction. However, knowing his talent, Punjab Kings repurchased him in the auction for INR 3.8 crore. It shows how the franchise trusted this uncapped Indian talent.

The big-built West Indies all-rounder was on the wishlist of a few other franchises as well. But eventually, it was the Punjab Kings who ended up buying him at a price of INR 6 crore. Odean Smith was part of KKR last season as a net bowler. But his real capabilities were shown during the ODI series against India this month.

He showed why he is considered one of the best-emerging all-rounders in the West Indies. He can bowl fast and is skiddy, and he has troubled Indian batters during the ODI series, including Virat Kohli. And with a bat in his hand, he can tonk the ball really hard. So, he will be the first choice all-rounder for playing XI.

Looking for legit online betting Apps? Get the app here for IOS and Android.