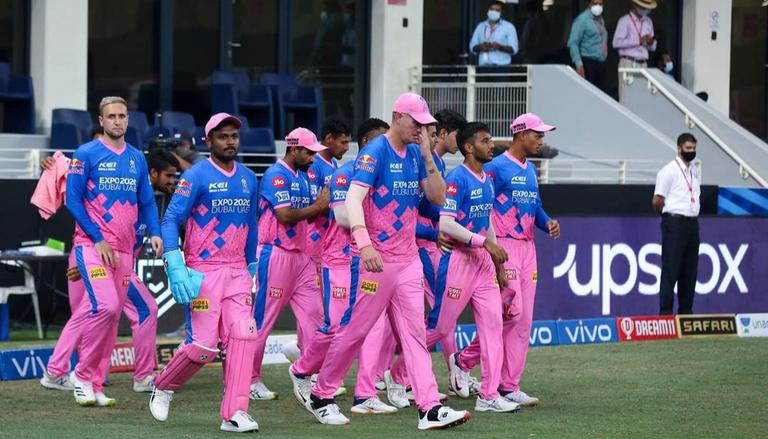 IPL 2022: The two-day auction ended one week ago. And all the franchisees tried to cover all of their basics in the auction. A total of 204 players were bought in the auction, with Rs 551 crore spent over two days. And finally, we have got all the complete squads for all ten franchises that will compete in the IPL 2022. The 2008 IPL champions, Rajasthan Royals, also bought 21 new players for their team, including 6 overseas players. Here’s the complete IPL team list for the 2022 Season.

Rajasthan Royals, who finished second last in the IPL 2021, will be hoping for better performance in the upcoming season. And the list of players they have bought suggests that they are among the front runners as per the capabilities of the players they have now.

But the next challenger will be to find the right combination of players for the team. So we will discuss with you the top five picks for bowlers who could feature in the playing XI for them.

The Kiwi left-arm pacer played for Mumbai Indians in the last two seasons. Before that, he was also a member of the Delhi Capitals. But in IPL 2022, he will play for Rajasthan Royals. He was one of the best buys for RR in the auction. The franchise has spent an amount of INR 8 crore for services. Trent Boult made his debut for Sunrisers Hyderabad in the IPL in 2015. His breakthrough IPL performance came in IPL 2020 for Mumbai Indians.

He took 25 wickets in 15 games for MI and was a crucial part in their winning the 2020 season. Boult is a seasoned campaigner. He will play as a leader of the pack for RR. Boult has played 62 IPL games so far and taken 76 wickets in total at an average of 26.09

The young, tall, right-arm pacer might be the first choice for Rajasthan Royals in their playing XI. At the end, Prasidh Krishna, who was released by KKR ahead of the auction, came to RR. The franchise bought him for a massive amount of INR 10 crore, making him one of the costliest Indian players in the auction. Prasidh played four seasons for KKR in the IPL.

After the “Man of the Series” performance against the West Indies in the recently concluded ODI series, his stock rose overnight in the auction. And now, with the confidence of doing well at the international level, he could prove to be the right choice for RR. He has taken 30 wickets in 34 IPL matches so far.

Looking for some free Cricket Match betting tips? Check out here on our site and learn from the betting tips.

The Kiwi all-rounder was a steal for Rajasthan Royals at the auction. The franchise got him at his base price of 1.5 crores. The hard-hitting allrounder made his IPL debut way back in 2014 for the Delhi Daredevils (now Delhi Capitals). He played for Mumbai Indians last season, but because of so many all-rounders in the MI team, he didn’t get more chances, hence he was released by the franchise.

James Neesham showed his worth in the T20I World Cup in the UAE. In particular, his all-around performance in the semi-finals against England stood out. He helped his team reach the finals of the World Cup. He is a good bowler who can bowl four tight overs and can smash the bowl when required. As an all-rounder, he will be the first choice for RR in their playing XI.

The veteran Indian leg-spinner is a perfect fit for any team in the world. The T20I game is full of competition and Chahal is one of those aggressive bowlers who will be in your face always. The leg-spinner is a seasonal campaigner for both his IPL franchise and for Team India in white-ball cricket. It was a big shock when RCB released him ahead of the auction. He has taken the most wickets for RCB in IPL history since 2014. However, the Rajasthan Royals got him at the auction for a reasonable price of INR 6.5 crore.

And for RR, he is a valuable asset with all the experience and skill-set he brings to the game. He will undoubtedly be their first-choice spinner in the playing XI. Chahal has played a total of 114 IPL games and has 139 wickets to his name at an impressive economy rate of 7.59.

Ravichandran Ashwin was one of two players purchased from the marquee list by the Rajasthan Royals at the auction. He entered with a base price of INR 2 crore and fetched 5 crores from RR. Like Chahal, he is also a seasoned campaigner for the Indian team and in the IPL. He is a regular member of the Indian team in all three formats. His combo with Chahal will be lethal for any batsman in the middle.

And his ability to hit the ball hard in the lower middle order will also be useful for RR. Ashwin is a street-smart cricketer and, with all his experience, he is always among wickets. Ashwin has been a part of the IPL since the 2009 season and has played 167 games so far. He has 145 wickets to his name with a superb economy rate of 6.91. Read more reviews about Mobile bet365 and know how it works online.