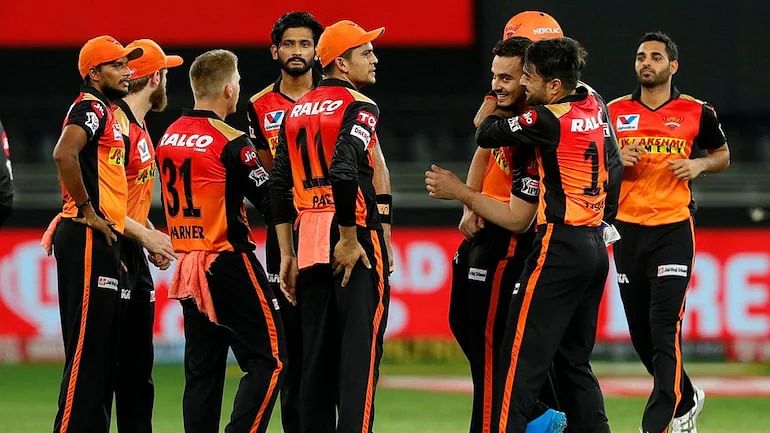 IPL 2022: Sunrisers Hyderabad had a nightmare kind of a campaign in the last season. SRH finished at the bottom of the points table with just three matches in 14 games. Their best batsman David Warner was left out of the team and their ace bowler Rashid was signed by Gujarat Titans. All in all, SRH have many things to resolve before the IPL starts. Here’s today’s IPL match prediction 2022 season.

The veteran Indian pacer was released earlier by the SRH ahead of the auction 2022. And in the end, they got him back at a price of INR 4.20 crore. Bhuvneshwar Kumar is a regular member of the Indian team in white ball cricket. He is a complete bowler who can bowl with the new ball and can restrict the batsmen in the death overs as well.

And with the experience he has he will be the obvious choice for the orange army in their playing XI. He will have the onus of guiding other young bowlers in the team. The pacer has played 132 games in the IPL and taken 142 wickets so far.

The Indian spin all-rounder entered the auction with a base price of INR 1.5 crore. And he was on the wishlist of 3–4 franchises. But it was Sunrisers Hyderabad who bought him in the IPL 2022 auction for a huge amount of INR 8.75 crore. Due to his injury, Washington didn’t play in the 2022 season, but he was a part of the RCB for three seasons. Get the latest IPL betting apps for IOS and Android here.

Washington has some international games under his belt, especially in Tests and T20Is. He is a power-play bowler who doesn’t allow the batters to score much. He has played 42 games and has 27 IPL wickets with 217 runs with the bat as well. And, because of his ability to bowl in the powerplay, he will be the SRH’s first-choice spinner.

The left arm-pscer was part of the Sunrisers’ setup in the last few seasons. But injury forced him out of the 2021 IPL season. But knowing his ability, Sunrisers Hyderabad bought him in the IPL 2022 auction for a price of INR 4 crore. He has also represented India in Test and ODI cricket.

His injury made SRH release him from the squad. However, Natarajan is fit now and is training hard in the nets. His ability to bowl a Yorker at will makes him the top contenders in the playing XI. He has 20 IPL wickets so far in 24 games he has played for SRH.

If you are 6’8, then you will get some extra bounce on any pitch you are playing on. That’s the reason five-time IPL champions Mumbai Indians were also interested in him. Marco Jansen, who played for MI in the IPL, entered the auction with a base price of INR 50 lakh. And SRH bought him for Rs 4.20 crore at the auction.The tall left-arm pacer announced his entrance onto the international circuit with a bang.

He made his debut against India in the test series last month. And straight away, he caught the eyes of the world of cricket. With 18 wickets from three matches, he finished as the second-highest wicket-keeper in their series. With his tall action and accuracy, he will be the perfect overseas bowler that SRH will be looking to play with.

Kartik Tyagi caught the eyes of everyone in 2020 when he defended four runs in the last over against Punjab Kings. The uncapped Indian pacer was signed by Sunrisers Hyderabad for a price of Rs 4 crore. He is a really good death bowler and capable of bowling Yorkers at the end.

Playing with Bhuvneshwar and Natarajan can give him the opportunity to enhance his skills and be a real asset for SRH. Kartik has played 14 matches and taken 13 IPL wickets so far. He is a young pacer who can bowl at 140+ km/h speed, so he would be the right prospect for SRH to invest for their future.

Read some reviews about Mobile Bet365 and learn how it works online.