IPL 2022: Cricket West Indies Confirms Availability of All Players Round The IPL 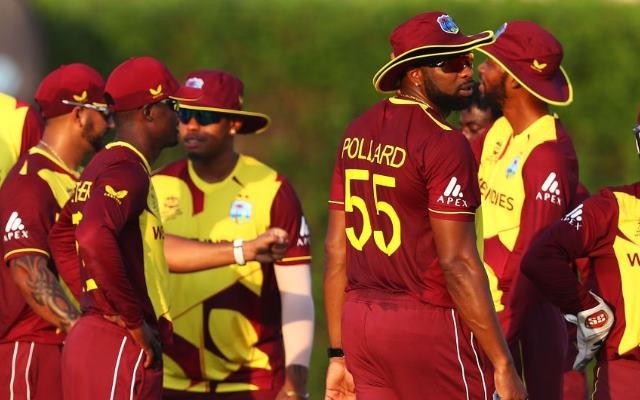 IPL 2022: Some good news coming from West Indies for all IPL teams. A day after the mega auction, Cricket West Indies has confirmed the availability of all players for the upcoming edition. Several West Indies players have bagged hefty deals from various IPL teams. However, there were some concerns about all players’ availability for the two-month tournament. Here’s today’s IPL match prediction for the 2022 Season.

West Indies are due to play a 3-match Test series vs England at home. The 3rd Test will conclude on 28th March while the gala tournament is slated to start on 27th March. It meant that several players who are part of the Test squad would miss the initial stages due to quarantine restrictions.

West Indies are also scheduled to tour the Netherlands for a 3-match ODI series in June. The inclusion of two new teams will increase the number of games played each season. Hence, the tournament is expected to extend beyond its two-month limit.

IPL 2022: CWI has given a separate window to players

In response, CWI stated that it has guaranteed a special window for the lucrative competition and that all West Indies players will be available.

“The CWI has allocated a window for the tournament each year in their ICC FTP and also guaranteed this to the players in their retainer contracts, therefore West Indies players are fully available to participate in the IPL each year. The IPL 2022 is slated to be played in April and May,”

The West Indies were represented by 34 players on the final list of the IPL 2022 mega auction. After Australia, the West Indies had submitted the second-highest number of names for the mega auction. The selection of 17 West Indies cricketers by the ten IPL teams comes as no surprise, as players from the region have always been in high demand at T20 leagues around the world, including in India, due to their ability to play big power-hitting shots.

Looking for some online IPL betting sites? Read here and learn more from the experts.

IPL 2022: CWI hails IPL as the biggest league in the world

“I want to congratulate all of the West Indies players who have secured contracts to the various franchises in the IPL, which is the biggest and most lucrative global T20 franchise tournament. But I especially want to applaud those younger players who received their first full IPL contracts,”

“This shows great faith in emerging West Indies talent. I continue to believe that our players can seek quality employment abroad, and still be positioned to operate constructively and successfully within the West Indies cricket system,”

Get the best IPL betting apps for IOS and Android.