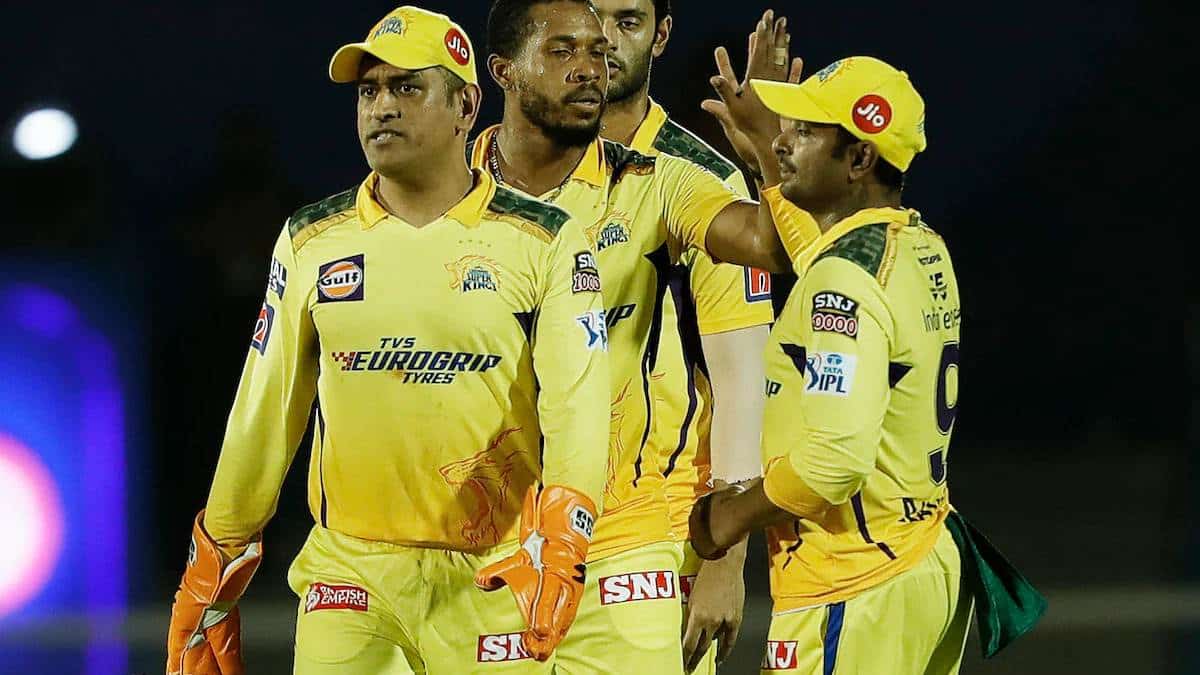 The 15th edition of the Indian Premier League (IPL) has now entered its second and last phase. The Chennai Super Kings are already out of contention with six losses in ten games. However, the popularity of four-time IPL champion has not suffered a dent as they continue to top the popularity charts. The team hasn’t looked in its true colors this year. The franchise named Ravindra Jadeja as their new captain to create a new leader going forward. But the move didn’t work out as the team fared poorly and Jadeja himself felt the burn. The franchise eventually returned to MS Dhoni to handle the crisis and Jadeja handed him back the captaincy.

Faf du Plessis led Royal Challengers Bangalore (RCB) is the second most popular team in the given time period. They have performed well this season and are currently in fourth position in the points table. The five-time champion Mumbai Indians are the third most popular team between April 29 – May 5. Moreover, as per Forbes, MI is the most valuable IPL franchise. Though they were the first team to be out of contention this year.

The two new franchises Gujarat Titans and Lucknow Super Giants have been surprises packages this year. Both teams are at the top of the points table. Gujarat Titans have won eight and Lucknow Super Giants have won seven games and are in first and second position respectively. Both teams are fourth and fifth on the popularity index in the same chronological order.

MS Dhoni is in the evening of his career and yet he continues to mesmerize his audience. He continues to be the most exciting player for the fifth consecutive week. The viewership of the IPL saw a dip this season but saw high spikes when MS Dhoni was on television. People may not be watching much of the IPL this year but they are definitely gluing to their television to take a glimpse of their hero.

Virat Kohli is 2nd on the list of the most popular players this week. Kohli too has had a dull IPL this year, only managing to score one fifty this season. He is under severe scrutiny after a long patch of poor performances. Yet is craze has not fazed among his fans. He is no longer the captain of Royal Challengers Bangalore, but enjoys the same dominance.

Orange cap holder Jos Buttler is the 3rd most popular player. Buttler has scored three hundreds and three fifties in ten innings this season. Despite poor form, Mumbai Indians captain Rohit Sharma is 4th on this list. Rohit has only managed to score 198 runs in 10 innings this season with the highest score of 43 against Gujarat Titans. Lucknow Super Giants captain KL Rahul is next on the list. He is the second leading run-scorer behind Jos Buttler this year. Get the latest Cricket betting odds and scheduled matches for the 2022 season here on our site.

Indian all-rounder Hardik Pandya is making a comeback after a back injury and is looking in sublime form. He has been prolific with both the ball and bat and is equally sharp on the field this year. He has led Gujarat Titans with confidence and they are leading the points table. Hardik is 6th on the list of the most popular players between April 29 – May 5. RCB wicket-keeper Dinesh Karthik is churning out another season full of match-winning performances and is 7th on the list. He has put forth the contention for a berth as a finisher in the upcoming T20 World Cup in Australia.

Speedster Umran Malik has turned heads towards himself this season. He has bowled consistently over the 150 kmph mark and is 8th on the list. Gujrat Titans’ match-winner Rahul Tewatia and Chennai Super Kings’ Ravindra Jadeja round up the list with 9th and 10th spots respectively.

Here is the popularity index of April 1 – April 7.