IPL 2022: CSK set to retain MS Dhoni for next edition 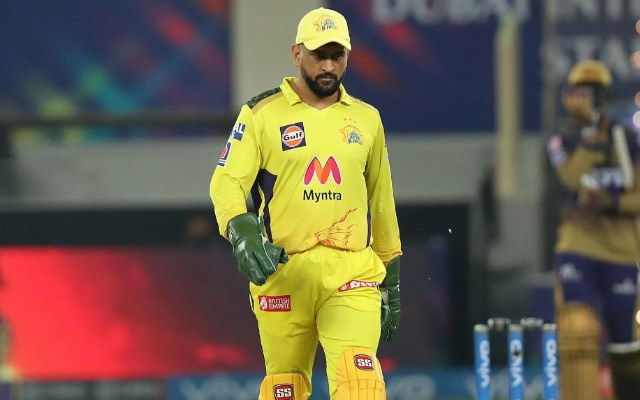 In a news that will set CSK fans to go berserk, a franchise official has confirmed that the team will retain MS Dhoni for the IPL 2022. Earlier, there were few doubts about the franchise retaining Dhoni given his form with the bat and also because of the yet to be revealed retention policy which is likely to allow franchises to retain only a handful of players. However, all those speculations can be put to rest now. The official said they will use the first RTM ( Right to Match Card ) to retain MS Dhoni.  Here are best online betting apps india.

“There will be retention and that is a fact. The number of retentions isn’t something we are aware of yet. But honestly, that is secondary in MS’ case because the first card will be used for him. The ship needs its captain and rest assured he will be back next year,” said CSK official as quoted by Sports Tiger.

Dhoni has played a pivotal role in CSK’s success over the years. He is the franchise’s second-highest run-scorer with over 4000 runs, and led the team to four IPL titles and two Champions League titles.

Earlier, former India cricketer Virender Sehwag had also requested the CSK to retain MS Dhoni as he felt the veteran has a year of cricket left in him. “It’s a phenomenal team. No one in Team India could beat Dhoni’s legacy and hopefully, it would be difficult for any other captain to do the same for CSK. I feel he has one more year left in him for Chennai. He must play next season and then retire,” said Sehwag while speaking to Cricbuzz.  Here’s our IPL cricket prediction. Read more how we predict matches.