IPL 2022: CSK’s Mukesh Choudhary Reveals How MS Dhoni Helped Him in the Tournament 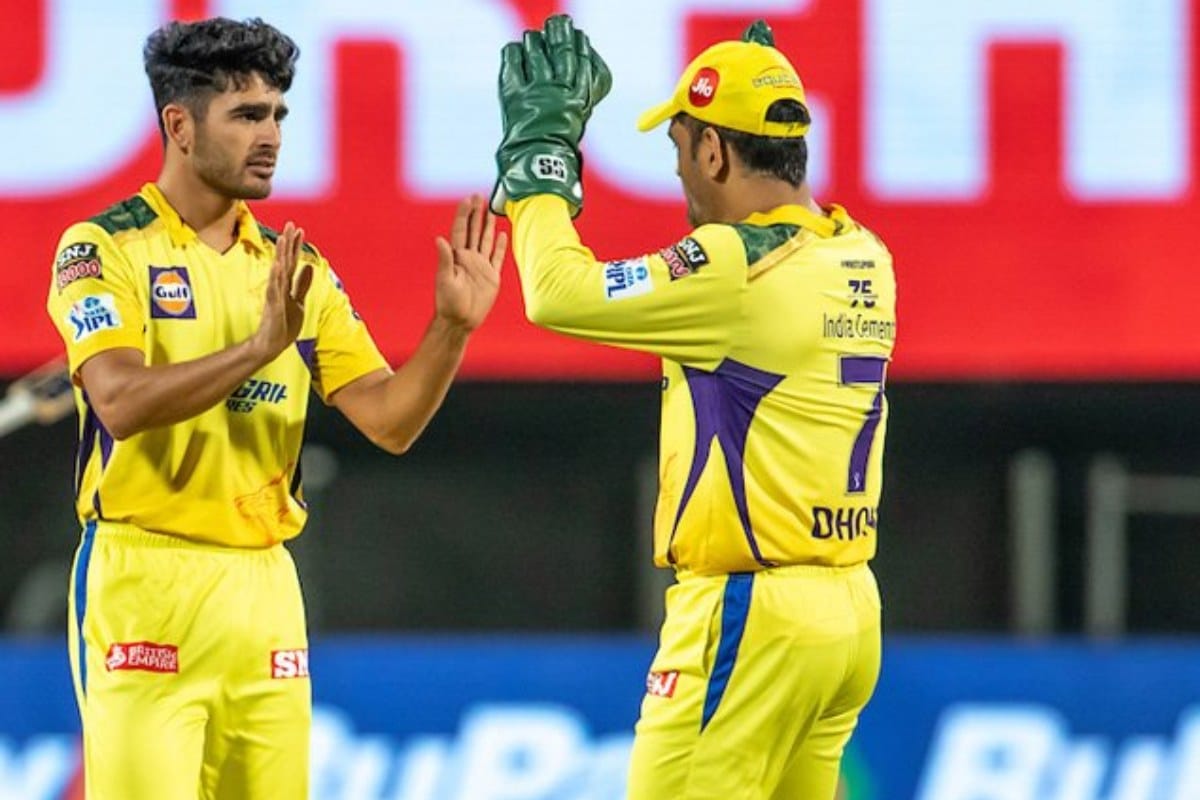 IPL 2022: Chennai Super Kings (CSK) bowler Mukesh Choudhary has shared his experience of representing the franchise during the 2022 edition of the Indian Premier League (IPL). He also shared that CSK captain MS Dhoni has advised him to believe in his own abilities as well. Notably, Choudhary had a good IPL season this year with 16 wickets to his name from 13 games. Bet online by checking more trusted betting sites in India for the upcoming match here on our site.

However, the pace bowler has also revealed one of the best moments of the season and it was when his yorker completely bamboozled Mumbai Indians opener Ishan Kishan and shattered his stumps as well. While speaking to chennaisuperkings.com, Mukesh Choudhary shared his experience playing for the four-time IPL title winner and also added that he felt very proud in representing the franchise as well.

“I never thought I would play for Chennai Super Kings. When I was on the team bus (for the first time), Dhoni tapped me on the shoulder and I was like, ‘Oh this is happening with me’ and I felt very proud,” said the speedster.

The left-arm pace bowler has also shared that the advice he got from MS Dhoni in between matches was very helpful. He stated that he used to chat with the Chennai Super Kings captain every day and also in between matches as well.

The pacer also said that Dhoni told him to trust his abilities and Ruturaj Gaikwad also as the batter also boosted his confidence during the tournament and told him to believe in himself as well. However, he mentioned that he gained a lot of confidence after his performance against Mumbai Indians.

“In my first two matches, I couldn’t perform to my potential. So, I used to talk to him (Dhoni) every day and also in between matches. Dhoni told me to believe in my abilities. Rutu (Ruturaj) is my friend so he was always there with me, he supported me and gave me the confidence, saying, ‘You have everything, you just have to believe in yourself because for every player it happens, where they go through this phase’,” concluded Mukesh Choudhary.