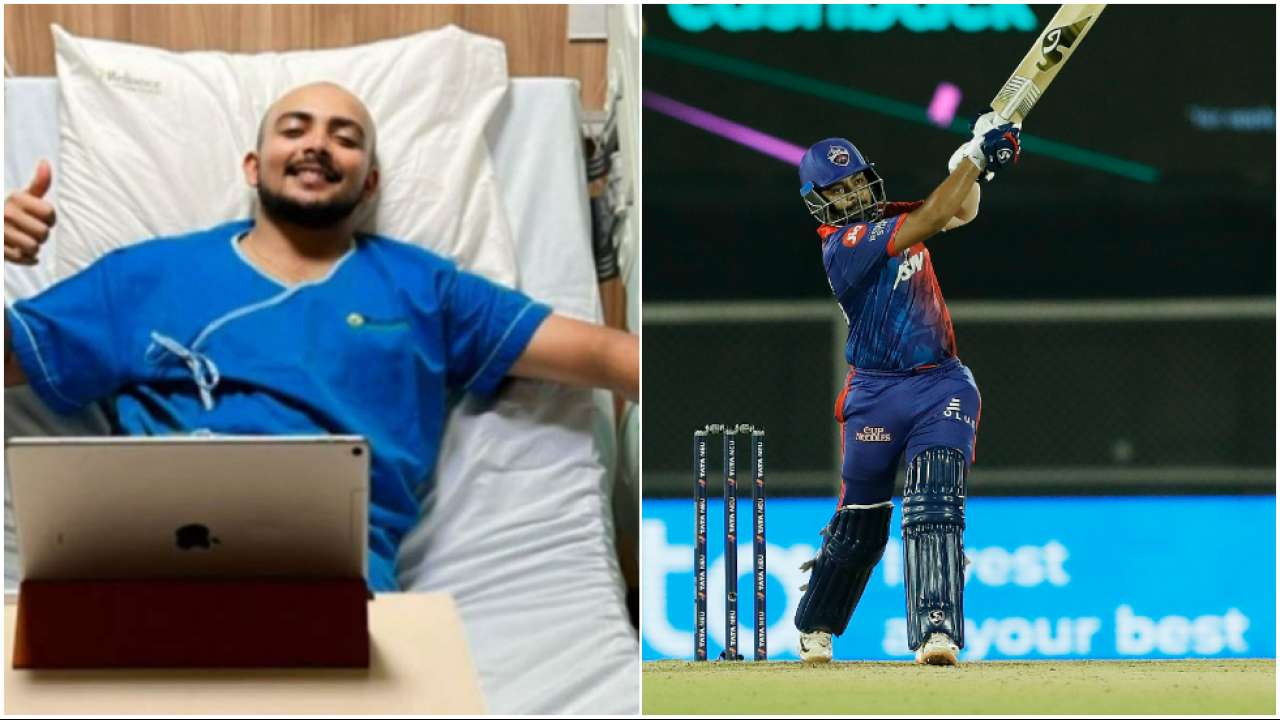 IPL 2022: DC opening batter Prithvi Shaw was suffering from Typhoid but now he has recovered from that. He has returned to the team hotel and this would uplift the Delhi Capital’s hope in the ongoing IPL 2022. The opening batter has missed the last three matches because of his severe illness problem.

But now fit well and will be available for the rest of the season if DC makes it to the next round of the tournament. They have to win all the remaining matches of the group stages and only two matches are remaining. If Prithvi Shaw can make himself fit in the line-up for the next two matches then it will increase the winning chances of DC.

Just like the previous season, in this season also Prithvi Shaw is providing a good start for his team. So far in the IPL 2022, he has played nine matches and there he scored 259 runs. His combination alongside David Warner is making this duo the most destructive pair of the season.

The right and left-hander pair has been giving an aggressive start from the very beginning of the match. And this has also become the reason that DC had struggled to find his replacement in his absence. Mandeep Singh and Srikar Bharat both have gotten the chances in the line-up but both failed to utilize the opportunity. Read 1xbet IPL reviews here and learn about how this app works for betting online.

“Delhi Capitals opener Prithvi Shaw has been discharged from the hospital where he was being treated for a bout of typhoid. Shaw has returned to the team hotel where he is currently recuperating while being monitored by the DC medical team,”

DC said in a statement

Delhi Capitals officials have confirmed that their batter has now been discharged from hospitals after successful treatment of Typhoid. And they mentioned that the squad’s medical team is currently monitoring Prithvi Shaw’s health. The IPL 2022 season is not at all a good season for Delhi Capitals from both inside and outside positions. First, they faced players’ unavailability then some massive hits of players’ injuries. And then Covid spread in the squad.

But it doesn’t affect the fighting spirit of Delhi Capitals as they still manage to win six victories in 12 games. Delhi Capitals are still alive for the playoffs qualifications. They just need to win the rest of the two matches and their net run rate is also in a positive state which is a great thing in such a crucial time. Their next encounter will be against Punjab Kings and out of the league Mumbai Indies. The Punjab side will be facing Delhi Capitals at the Dr. DY Patil Sports Academy in Navi Mumbai on May 16. Here’s the most reliable source of IPL betting tips created to help Indian punters get the most out of their cricket wagers.