Home » News » IPL 2022: Five Players Who Could Replace Jason Roy in the 2022 season for Gujarat Titans

IPL 2022: Five Players Who Could Replace Jason Roy in the 2022 season for Gujarat Titans 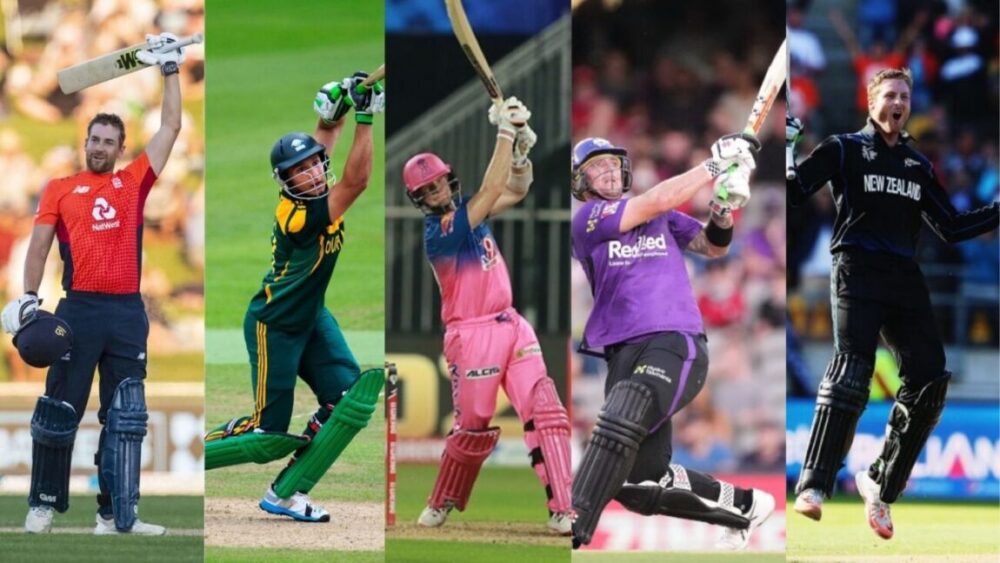 IPL 2022: Almost all the preparations have started for the IPL 2022 season. And the marquee league will kick off on March 26. But the Gujarat Titans had to face a massive blow before the start of their maiden IPL season. English destructive opener Jason Roy has decided to pull out of the IPL 2022. And the reports suggest that he has taken this decision because of the extended bio-bubble duration.

The Gujarat Franchise bought the English opener for his base price of INR 2 crore. He was supposed to open for the team along with Shubman Gill. But now, as he has withdrawn, what are the next options for Gujarat? Whom will they choose as their replacement? But obviously, this will be a big headache for the franchise, but let’s check out the options they could go for.

IPL 2022: Five Players Who Could Replace Jason Roy in the 2022 season for Gujarat Titans

The Kiwi opener is one of the most destructive openers around. He was part of the IPL auction but went unsold. And now he could be picked by Gujarat to replace Roy in their team. He has played 13 IPL matches but never got a full run. Guptill is the player whom GT could look upon, and he will also be available for the whole tournament. The opener is among the top three run-getters in the T20 internationals. He has played 112 T20I matches and scored 3299 runs and two centuries.

The explosive opener is in the form of his life. He was the highest run-scorer in the recently concluded BBL. And that was also the reason he got the call to join the Australian international squad against Sri Lanka. He played 11 matches in the BBL 2021/22 and scored 577 runs with two centuries. He has also represented Australia in 22 T20I games, so there is no question of skills. Mcdermott went unsold earlier with a base price of INR 50 lakh but could be back for Gujarat.

Janneman Malan has entered the international circuit with a strong start. He is the most underrated opener around, but he is surely capable of powerful games. He makes an ideal partner for Quinton De Kock in white-ball cricket. The 25-year-old is pleasing to the eyes and can accelerate when required. The right-hander has played 14 ODI matches and scored 759 runs at an incredible average of 69. He has also played 11 T20I as well.

You can’t write off this man in any format of the game. Smith is one of the big four of the current era. He has got one of the best batting techniques in the world and is also a regular member of the Australian squad. The right-hander is vastly experienced in playing in the IPL and has even led a few IPL franchises. And him going unsold in the auction was a big surprise for the fans.

The left-hander was ranked No. 1 in the T20I rankings for over a year and is one of the best top-order batsmen in the England team. He has had a dream start to his career already. Malan has played 36 T20I matches for England and scored 1239 runs at a strike rate of 137.21. He is a regular member of the England team in all formats. So certainly, there is no doubt about his ability to bring it to the table. On the other hand, he is also available for the whole season.