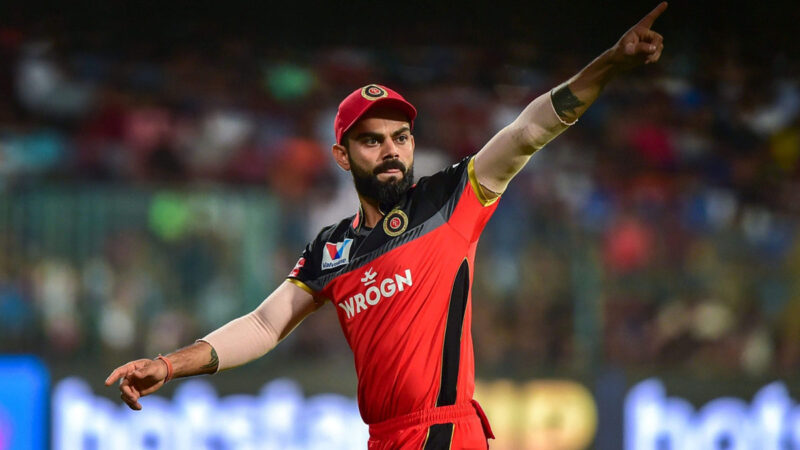 IPL 2022: The Indian Premier League and Virat Kohli are a perfect match. It’s always a sight to behold when the best batsman in the world bats in the world’s biggest T20 league. Kohli has been a part of the IPL since its inception in 2008, when it was just an experiment. As the IPL grew bigger and better each year, Kohli’s legend as a batsman reached unimaginable heights.

When Kohli is on the field, records often follow him because he sets an unimaginable standard for all his contemporaries to strive for. In this feature, we’ll take a look at some of Virat Kohli’s unbreakable records in his IPL career so far.

The 2016 season was monumental for Virat Kohli, as he elevated his batting to new heights. It was the best batting performance in any T20 league in the world. He scored 973 runs in 16 matches, with an average of 81.08. Kohli is the only batter in IPL history to have scored 900 or more runs in a season, including four centuries. The next highest total in the same season is 848 runs by David Warner. Nobody else in IPL history has scored more than 800 runs.

2) Most 50 plus scores in a single edition

Kohli has a one-of-a-kind IPL record. He has the most 50-plus scores in a single IPL season. The feat was accomplished by the star batsman in the 2016 edition. That season, he hit 11 fifty-plus scores. Altogether he scored seven fifties and four centuries.

Kohli now has another intriguing record to his name. During the 2019 IPL season, Kohli became the second batsman after Suresh Raina to reach 5,000 runs. He was, however, the first to arrive at the landmark. He reached the milestone in 165 innings. This was 12 innings less than Raina’s previous record of 177 innings.

4) Only player to represent a single franchise

The IPL began in 2008, and a young Virat Kohli played for the Royal Challengers Bangalore. He went on to play 13 matches for the team, scoring 165 runs but failing to hit a fifty. However, the franchise went on to support the young, aggressive Kohli, who was making a name for himself on the international stage. Kohli is still going strong and long for RCB 13 years later.

His 207 appearances for the club are the most by any player for a single team. He is the only player in history to have played 14 consecutive seasons for the same team.

5) Only Player to be involved in 3 double century partnerships

Kohli holds the distinction of being the only player in history to have stitched three double-century partnerships. He stitched 229 runs stand with AB de Villiers for RCB against the Gujarat Lions in 2016, the highest till date. In a T20 match, a 229-run partnership? It was just ridiculous, and it may go down in history as one of the five records Virat Kohli holds in the IPL that are unbreakable.

In 2015, he and ABD shared an unbeaten 215-run stand against the Mumbai Indians (second-highest). Kohli made his first 200-plus stand with Chris Gayle in 2012 (204) against the Delhi Daredevils.