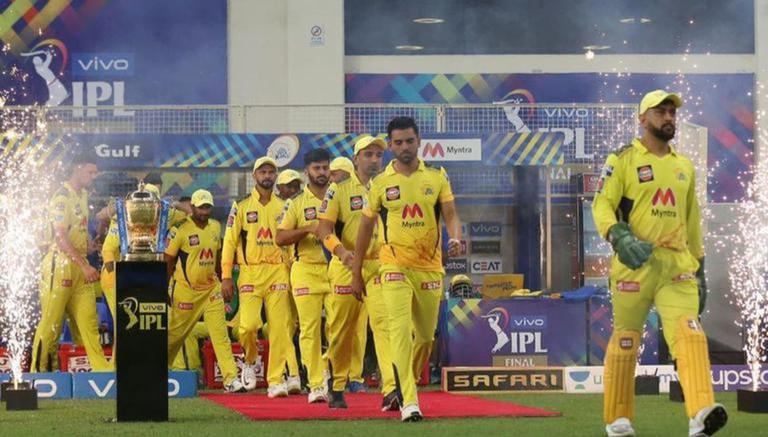 IPL 2022: The next preparations for all the IPl franchises have started as the teams got the final list of players. The mega auction is done with around 204 players who got the deals from ten franchises for the IPL 2022. And this was the first time that so many players got bids of more than INR 10 crore in the auction. And the defending champions, Chennai Super Kings, who have never crossed the 10 crore mark for any player in their history, spent 14 crores on Deepak Chahar. Here are the top IPL betting sites for the 2022 Season.

Chennai entered the auction with a purse value of Rs 48 crore and 21 spots to fill. And so, CSK ended with 21 players, including 7 overseas stars, and 2.90 crores left in their kitty. Apart from some old faces, this time the yellow army has some new names in the squad.

So it will be a challenge for Thala Dhoni and the team to choose the right combination of Indian and overseas players in the playing XI. So here we are with the top four overseas picks for Chennai for their playing XI.

The defending champions Chennai Super Kings retained the England all-rounder Mooen Ali for INR 8 Crore. The all-rounder played a very important role in helping the yellow army win their fourth IPL title in the UAE last season. Earlier, Chennai signed Moeen Ali for Rs 7 crore at the auction for IPL 2021. And this was one of the best decisions made by the management in the 2021 auction.

Moeen, who played 15 matches for CSK in IPL 2021, was vital with both bat and ball. He scored 357 runs at a strike rate of 137.31 and also took 6 wickets with the ball. The all-rounder played some important cameos at the top of the order and also helped CSK scalp some crucial wickets every now and then. So he will be important to CSK in 2022.

Devon Conway is another overseas player that Chennai will be looking for. The star Kiwi opener was picked by the Chennai Super Kings at his base price of INR 1 crore in the auction. Conway is a classy opening batsman who is renowned for his batting technique and is capable of switching gears as the situation demands.

As Faf du Plessis is not there with the team, RCB bought him at the auction. So Devon Conway could be a possible replacement for him, who could start with Ritutaj Gaikwad for the Yellow Army. He is also a backup wicket-keeper if required. Conway has played 20 T20I games so far. He has scored 602 runs at an astonishing average of 50.2 and a strike rate of 139.3. Get the complete IPL team list and match schedule.

However, Chennai Super Kings released DJ Bravo ahead of the IPL auction in 2022. But they bought him back at the auction at a price of INR 4.40 crores. The former West Indies all-rounder has been a part of the IPL since its inception in 2008. Bravo has played a total of 151 matches so far and managed 1537 runs in the IPL. He has also scalped 167 wickets in total.

The all-rounder was also the purple cap holder in the 2013 and 2015 seasons. He has played 10 seasons for the Yellow Army in the IPL, including the last season in 2021. And he was a part of all four title triumphs for the CSK. He played 11 games in 2021 and picked 14 wickets and scored 47 runs with the bat as well. And because of his all-around ability, he will be a perfect fit for the team.

England all-rounder Chris Jordan is considered a death-over specialist in white-ball cricket. Instead of going unsold on Day 1, Jordan got the deal of INR 3.6 crore in the second round of the 2022 auction. The all-rounder has played a handful of IPL games for Punjab Kings. RCB and Sunrisers Hyderabad.

He has played 25 IPL games and picked up 24 wickets with a high economy rate of 9.12. Despite that, he is a gun fielder and a very handy batsman lower down the order. Being an all-rounder he might be the fourth overseas pick for the playing XI.

Read more reviews about bet365 IPL and how it works online.