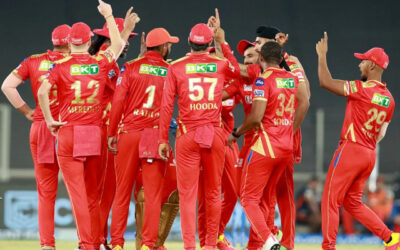 IPL 2022: Indian Premier League (IPL) has always raised the level of excitement for the fans. And the Mega-Auction that was held in Bengaluru made fans go crazy after watching. The number of players and the amount of money involved in this marquee league puts it well ahead of any other league in the world. A total of ten franchises entered the auction with a hefty amount of INR 550 crores and above. Punjab Kings entered the auction with the highest purse value of 72 crores. Here are some IPL cricket betting sites and learn more tips from the experts.

The South African pacer Kagiso Rabada was the first player Punjab bought in the auction. Rabada played for the Delhi Capitals in the last three seasons, but DC released him ahead of the auction. With a base price of INR 2 crore, the pacer fetched a huge amount of INR 9.25 crore from the Punjab Kings. South African pacer had been performed exceedingly well for DC.

Punjab had underperformed in the last few seasons of the tournament due to a lack of a good bowling attack. However, Rabada will surely solve that issue. He has 76 wickets in 50 IPL games. He will be the first choice for Punjab to lead their bowling attack.

At the auction, England wicket-keeper batsman Jonny Bairstow was picked by the Punjab Kings for an amount of INR 6.75 crores. The bidding war took place between Punjab and Hyderabad, and in the end, it was won by Punjab. Bairstow has played for Sunrisers Hyderabad for the last three seasons. He is an explosive-opening batsman at the top.

And being a wicket-keeper, he will fit into any team that can keep and, at the same time, open the innings as well. The wicket-keeper batsman played 28 matches in the IPL and scored 1038 runs with an impressive strike rate of 142.19. He is one of the fastest batsmen to complete 1000 runs in IPL history as well.

England is among the top white-ball cricket teams in the world right now. And the main reason is the firepower they have from top to bottom. And Liam Livingstone is one of those power hitters who can tonk the ball really hard. His ability to hit the ball was the only reason that five IPL franchises were interested in buying him at the auction.

And in the end, it was Punjab Kings who got him for a heavy amount of INR 11.25 crores. The England all-rounder became the costliest overseas player in the 2022 auction. He is a player with multiskills. He can bat at the top, in the middle, he can bowl off-spin and leg-spin, and he is also a gun fielder. The all-rounder is a complete package for a team. So it makes him a perfect fit for any team.

West Indies have always produced some big hitters who can hit a long bowl. And Odean Smith is one of those. The West Indies all-rounder has shown his abilities in the recently concluded ODI series against India. He is an excellent pace bowler and more than handy with the bat lower down the order.

With a bat in his hand, he can dismantle any bowling attack, which will give Punjab both options. That’s the reason, Punjab Kings were keen on getting him in their team. Punjab spent INR 6 crore to secure the all-rounder’s services. Being a genuine all-rounder, he will be the first choice in the playing XI.

Get the best IPL betting apps for IOS and Android.