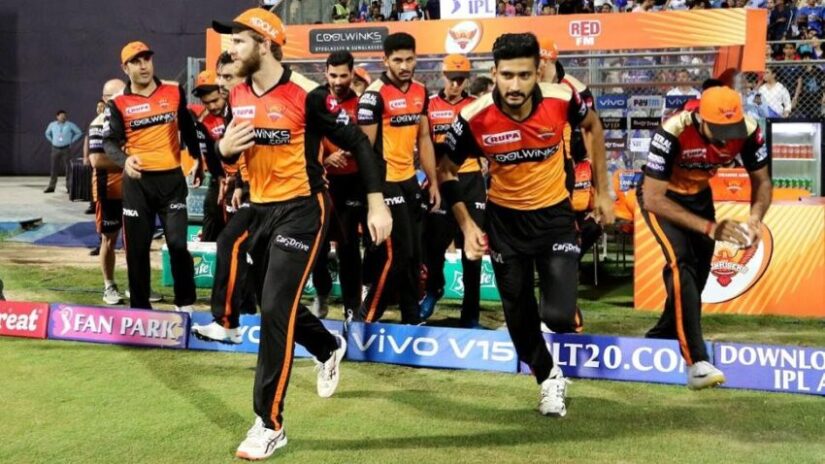 IPL 2022: The two-day event of the IPL 2022 auction ended a few days back in Bengaluru. Ten teams bought a total of 204 players in the auction out of 590. Some players got some unexpected deals, while some didn’t get a single buyer. However, the 2016 IPL champions, Sunrisers Hyderabad, also entered the auction with a purse value of INR 68 crore. Find more about today’s IPL Match Prediction for the 2022 Season.

SRH bought a total of 20 players, largely some young uncapped Indian players. But in the end, SRH was successful enough to snap up some good international stars. Now the next challenge will be to identify the right player for the right role. And who will be those four overseas players who will feature in the playing XI? So here we will give you the best option of available overseas players for playing XI.

The Skipper will be the obvious choice in the team. He will be seen leading the team. Kane Williamson is another consistent batsman for the Sunrisers in the IPL. And now that Warner is not on the team, all the responsibilities of a young team will be on the shoulders of Williamson.

However, there is no doubt about his leadership, whether it is at the IPL or at the international level. But it will be interesting to see how he leads this young and new team. The Kiwi skipper has played 63 IPL games so far and scored 1885 at an average of 40.10. He led SRH to the finals in 2018 and he must be looking for the title this season.

The South African batsman made his IPL debut in the last season for Punjab Kings. Although he didn’t get many games to play in 2021. He played just six matches and scored 146 runs in total. But now with Sunrisers Hyderabad, he is likely to get regular chances as he is a strong middle-order batsman and SRH will need him along with the skipper. Looking for some IPL Cricket Betting sites? Find out more here.

Markram entered the auction with a base price of 1 crore, and SRH bought him for 2.6 crores. He is also a more than part-time spinner who bowls some useful overs in the middle. So, with a less experienced middle-order, he will be another choice for SRH in their playing XI.

Sunrisers Hyderabad spent a whopping amount of 10.75 crores to get the wicket-keeper batsman in the auction. Pooran made his IPL debut in 2019 for Punjab Kings. Having played a few matches for Punjab, they released him ahead of the auction. The West Indies batsman has played 33 IPL games and scored a total of 606 runs at an explosive strike rate of 154.98.

Pooran is a very great finisher who is also a regular member of the West Indies team. SRH has invested a huge amount in him, so he will definitely be their choice in playing XI.

Marco Jansen is one of the emerging fast bowlers from South Africa. A tall young bowler who can bowl quick and straight could be very lethal for any batsman. He made his IPL debut for Mumbai Indians. The 21-year-old played only two matches for MI, taking two wickets.

He came onto the radar of world cricket after his outstanding performance against India in the recently concluded test series in South Africa. He helped his team to the historic test series win over the Men in Blue. The young pacer entered the auction with a base price of 50 lakhs and fetched INR 4.2 crore. He will be a perfect fit for the bowling attack of the SRH. Read more reviews about Bet365 IPL and learn how it works online.