IPL 2022, GT vs RR: Skipper Sanju Samson Discloses the Real Reason Behind the Loss in the 1st Playoff Match 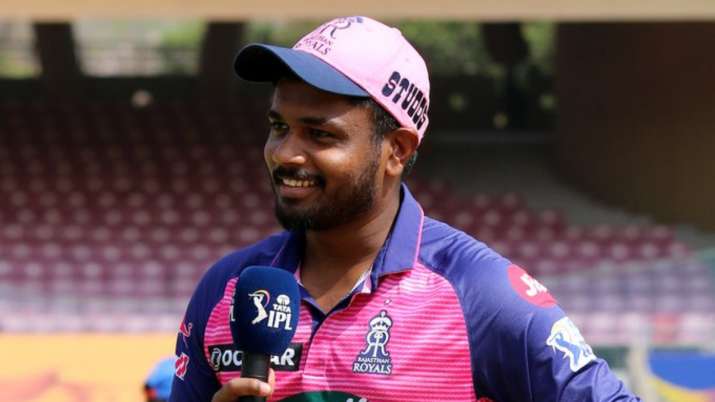 IPL 2022 Live: After a thrilling game at Kolkata’s Eden Garden between Gujarat Titans and Rajasthan Royals, Skipper Sanju Samson has revealed the real reason behind the loss of Rajasthan Royals. GT vs RR was the first playoff match of IPL 2022. It was a high-scoring game where Gujarat Titans successfully chased the score and dominated the whole match.

According to Rajasthan Royals’ skipper, Sanju Samson, the real reason for their loss was the sticky wicket. “I felt the wicket was a bit sticky and there was a lot of swing in the powerplay,” said Sanju Samson during the post-match presentation. He also mentioned that the pitch was not betting friendly during the first power play.

Samson also appreciated the fact that his team was happy with its performance and the total score in the end. It was a comfortable score and the result could have been different in the end. According to the Rajasthan skipper, his team gave a tough fight and had every chance to win the fixture. However, Samson and his men were unable to stop Gujarat Titans to qualify for the IPL 2022 final.

Sanju Samson had a good outing in the last game against the finalists Gujarat Titans. With a strike rate of 180.77, Samson was able to score 47 runs in 26 balls. His innings included 5 fours and 3 sixes. He and Jos Buttler gave a good start to the Rajasthan Royals. After the quick demise of Yashasvi Jaiswal, It was Buttler and Samson who helped the Royals to score a comfortable number. Get the best betting apps for IOS and Android here on our site and learn about how online betting works.

Gujarat Titans Confirm Their Place in the Finals of IPL 2022

With every day passing by in IPL 2022, It is getting impossible to stop Gujarat Titans in the tournament. It was not a surprise to see Gujarat titans winning the first playoff match and confirming their space for the final of IPL 2022. Skipper Hardik Pandya and his men played a brilliant inning and have gotten closer to the trophy.

The start of the game was good for Rajasthan royals. With the help of Jos Buttler and Sanju Samson’s unstoppable partnership, the Royals were able to score 188 runs at a loss of 6 wickets. Gujarat Titans were already in trouble when they lost their opening batsman Wriddhiman Saha on the first ball. However, Shubman Gill and Mathew Wade took over from there and gave momentum to their team.

It was the ferocious partnership between Hardik Pandya and ex Rajasthan Royals player David Miller, that helped the Titans to win the match with 3 balls remaining. The confidence of the Titans has gone up with the win. Gujarat will be now eying the trophy and become clinch a historical victory in IPL 2022.