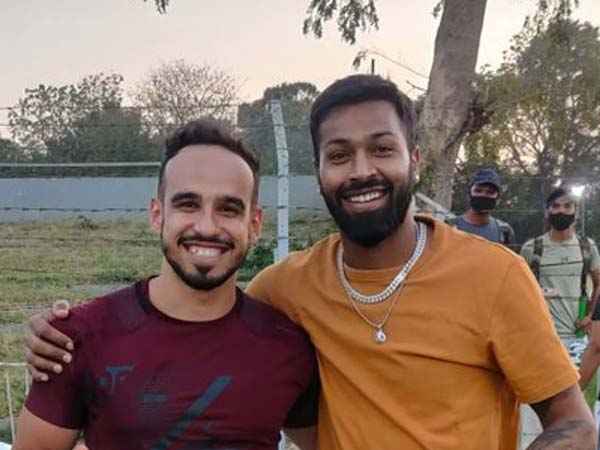 IPL 2022: Ahead of the 15th edition of the Indian T20 league, a pic is getting viral. In that pic, we can see Gujrat Titans skipper Hardik Pandya beginning the preparation for the IPL 2022. Along with Hardik we also see his Abhinav Manohar. IPL governing council has announced the venues and group divisions for the IPL 2022. On Tuesday council announced these specific details after the GC meeting. Here are the complete IPL Team List for the 2022 Season.

So the teams are now starting their preparation for this long tournament. Although two new teams will be participating in IPL 2022 but the number of matches will be the same as used to be before. In all of this, a pic of Hardik Pandya got viral as he begins his practice for the league. In the pic, Pandya is standing with middle-order batter Abhinav Manohar.

On Tuesday IPL governing council has notified that IPL 2022 is going to begin from 26th March. And the 15th edition of the Indian premier league will end on 29th May. Moreover, Council has revealed that this year teams will participate in virtual group forms.

On the basis of which teams has won the title how many time are ranked and then distributed in two separated groups. The most dominating Mumbai Indians and Chennai Super Kings are placed in the different groups while Kolkata Knight Rider and Delhi Capitals are in the same group. In the group division, Gujrat Titans got their place in group B along with CSK, SRH, PKBS, and RCB.

GT already secured Hardik Pandya, Rashid khan, and Shubhman Gill in the draft system before the auction. They gave 15cr each of Hardik and Rashid for their service and 8cr for Gill. Entering with 52cr purse size Gujrat Titans had made a decent side with capped and uncapped players.

IPL 2022: In the viral pic, we see Abhinav Manohar Sadarangani whom GT bagged with INR 2.6cr on day1 auction. He got a huge raise for his getting amount as his base was just 20 lakhs. He is a Karnataka batter and many other franchises were going for him in the auction.

Kolkata Knight Riders and Delhi Capitals are teams who were also interested to pick him in their squad. But in the end, it’s Gujrat Titan who got this middle-order batter’s service. This youngster had a good Syed Mushtaq Ali Trophy where he smashed 165 runs in four innings. He has an average of 54 on that tournament having 150 striking rates.

Looking for some Cricket Betting Apps for IOS and Android? Find them here and learn how online betting works.