Home » News » IPL 2022: Hardik Pandya reveals that he would like to take one captaincy skill from each of Dhoni, Kohli, and Rohit Sharma

IPL 2022: Hardik Pandya reveals that he would like to take one captaincy skill from each of Dhoni, Kohli, and Rohit Sharma 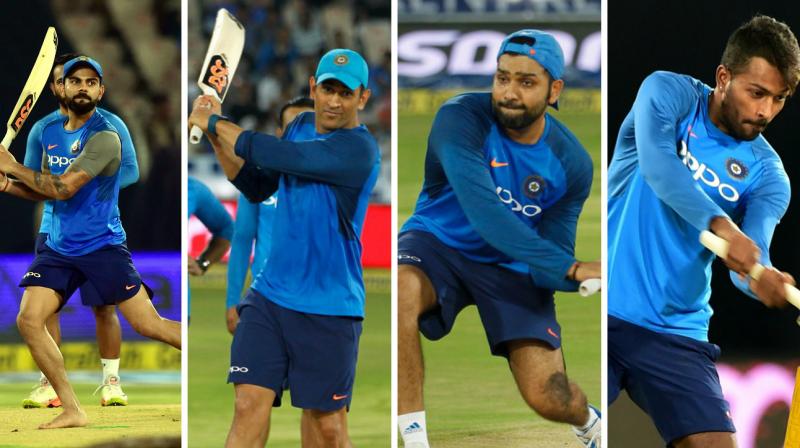 IPL 2022: IPL 2022 will feature 10 IPL teams competing for the IPL title. Lucknow and Ahmedabad are the two new teams that joined this year. Both teams have picked their draft players ahead of the auction. The Lucknow Super Giants have appointed Indian vice-captain KL Rahul as their captain. Ahmedabad, on the other hand, has named Hardik Pandya as their skipper, which means it will be the debut season for Hardik as a captain.

The Ahmedabad team picked the Indian all-rounder for the whopping amount of Rs 15 crore. Hardik made his Indian debut in Australia in 2016 under MS Dhoni, and he also played in the T20 World Cup this year. He then went on to play for India under Virat Kohli for a much longer period of time. In 2015, he made his IPL debut for the Mumbai Indians under Rohit Sharma. Over the years, he’s had a lot of success with the franchise. Here’s our latest cricket betting tips for IPL.

IPL 2022: The 28-year-old all-rounder has played under all three great captains of recent years. Hardik opened up in an interaction with the media on Tuesday. He was asked about one quality he wanted to take from each captain: Virat Kohli, MS Dhoni, and Rohit Sharma. Hardik said,

“From Virat I would take his aggression, his passion and his energy, which is enormous. With Mahi (Dhoni) bhai, serenity, calm. In every situation he is the same. I choose Rohit to let the players decide what they want to do.”

The flamboyant all-rounder has pointed out these captaincy traits, which he would love to bring in himself. He went on to say more about his motto as skipper. He stated that he will always be available to his players who are going through difficult times. Hardik added, Looking for betting tips today? Read more here.

IPL 2022: As captain, I want to make sure all the players get enough time from me, Says Hardik Dhawan

The all-rounder revealed that he is always ready to face any challenge and likes to take responsibility. However, Hardik hasn’t captained the Indian side, but he has enough experience to be in this role. He also stated that by keeping his door open to his partners, he will ensure that his learning is implemented. He concluded,

“There is no manual on how to become a captain. I have always been a person who likes to take on responsibility, and I look forward to the challenge. As captain, I want to make sure all the players get enough time from me. I learned that and will make sure my doors are always open to them.”