Home » News » IPL 2022: “I Like Pressure Situations and I Am Looking Forward to It” – Krunal Pandya Ahead of IPL

IPL 2022: “I Like Pressure Situations and I Am Looking Forward to It” – Krunal Pandya Ahead of IPL 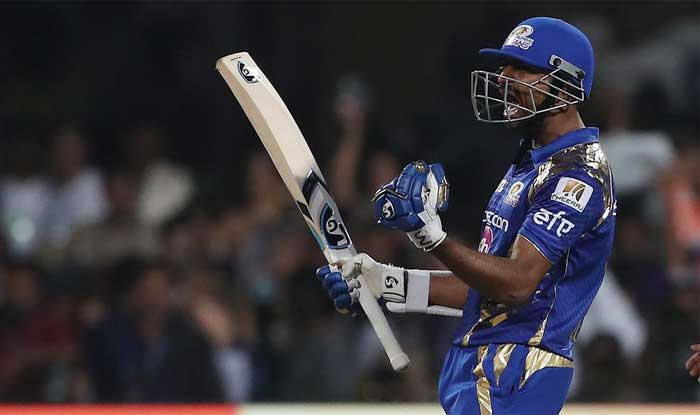 IPL 2022: IPL 2022 is heading towards its mega-auction. Of the 1214 players, 590 have been shortlisted for the auction. Indian players are always in demand in the auctions among IPL franchises. With two new teams this season, it will make the auction much bigger. All the teams have revealed their retained players and draft picks already. Five-times champions, Mumbai Indians have retained four players: Rohit Sharma, Bumrah, Suryakumar Yadav, and Keiron Pollard.

However, the Pandya brothers were released ahead of the auction. Hardik was picked by the new team Ahmedabad and he will be the skipper of the team. On the other hand, Krunal Pandya will be under the hammer with a base price of 2 crores. Read our betting tips for IPL and get some free guide from us.

IPL 2022: “I am someone who doesn’t back off from responsibility.”, Krunal

The Indian all-rounder has opened up about his preparations for the auction. While talking to journalist Boria Majumdar in a YouTube chat, Krunal stated that he is looking forward to the auction. He said that his journey with the Mumbai Indians was really good as he was part of MI for six seasons. He also clarified that he will share his experience with other players for whichever side he plays for, as Krunal was a part of three IPL winning campaigns with MI. Krunal said,

“I am looking forward to it. It has been six IPL seasons with Mumbai Indians. I have been part of three IPL trophies. Definitely, wherever I go I will share my experience. I am someone who doesn’t back off from responsibility. I like pressure situations. When I practice, I don’t train for easy situations. I work hard for those tough battles, where I can win games for my team.”

Krunal: I don’t focus on the result-oriented things

IPL 2022: He also added that the T20 format puts many challenges in front of a player. Krunal also said that he feels that he is improving every year and that the numbers can’t justify the player’s ability. The spin all-rounder concluded by saying that he would focus more on result-oriented things so that he could improve as a player and human being. He said,

“What I have felt is that I have always got better every year. Sometimes the numbers don’t justify what you have done or whether you are getting better or not. In a T20 format, every situation is different. How you have been used also matters a lot in a way. I don’t focus on the result-oriented things. I focus on the process – whether I am getting better as a player and as a human being.”

The mega-auction will be held in Bengaluru between February 12 and 13. And with many teams looking for all-rounders, there is a good chance that Krunal can fetch some good money. Check our best betting tips for this season.