IPL 2022: “If I Don’t Get Picked in This Auction, Don’t Think if I Ever Will”, Says Ben Mcdermott 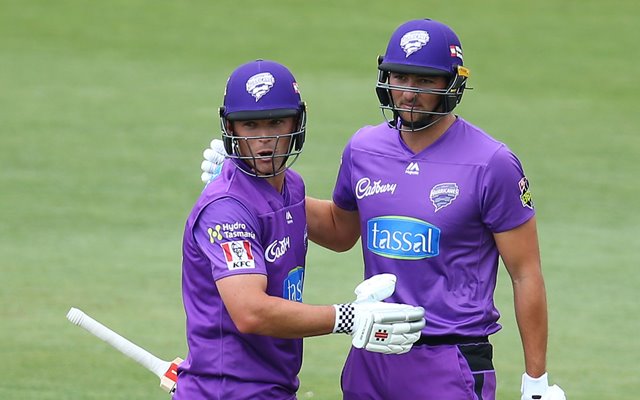 IPL 2022: Australia batter Ben McDermott has said if he doesn’t get picked in the Indian Premier League (IPL) this season, then he isn’t sure if he ever will.

McDermott, who has registered himself for the mega auction ahead of IPL 2022, had an excellent run in the 2021-22 Big Bash League (BBL) with Hobart Hurricanes.

The Mega Auction is set to be a two-day affair on Feb. 12 and 13 and will take place in Bengaluru.

While Hurricanes failed to qualify for the final, McDermott was named the Player of the Tournament. He finished as the leading run-scorer with 577 runs in 13 matches at an average of 48.08. He also scored two back-to-back centuries, becoming the first-ever player to do so in the BBL.

McDermott, who is eyeing to carry the momentum into the IPL, scored 110 not out against the Adelaide Strikers on Dec. 27. He backed that up 48 hours later with 127 against the Melbourne Renegades. Get big bash 2022 schedule and we will give guide how to bet smartly.

“If I don’t get picked up this year not sure when I will. There’s not too much I can do now, it’s all up to those people in charge,” McDermott said.

Thanks to his recent explosive performances, McDermott has also received a Twenty20 International (T20I) call-up for Australia’s upcoming series against Sri Lanka.

“I’ve had a lot of experience through maybe [being selected] prematurely; I don’t think I wasn’t ready to play for Australia but I do feel ready now. I feel like I’m on top of my game whereas in previous years I have sort of been in and out through player bans, Covid, all that sort of stuff, that’s how I’ve got my opportunities,” said McDermott.

McDermott: More ready than ever to play for Australia

McDermott, who made his international debut in 2018, has played 17 T20Is and two One-Day Internationals (ODIs) for Australia. But the explosive batsman has never managed to seal his spot in the national side as he averages less than 15 in both formats with the bat.

“I feel like I’m more ready than ever to play for Australia and I’ve developed a lot of learnings through those experiences. They haven’t been good ones, I won’t shy away from that, but definitely learnt and come back better,” the 27-year-old batsman added further.

With the T20 World Cup set to take place in Australia later this year, Sri Lanka will travel to Down Under for a five-match T20I series, starting on Feb. 11. The first two matches will be played at the Sydney Cricket Ground (SCG), the third game at Manuka Oval in Canberra and the final two games at Melbourne Cricket Ground (MCG). Read our honest betway app review and get some free guide coming from us.