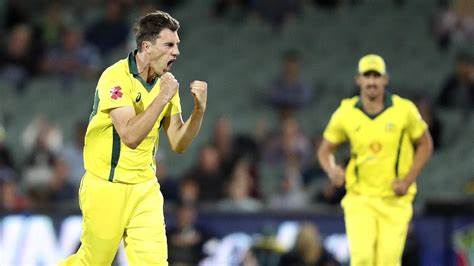 IPL 2022: Australia Cricket has banned Pat Cummins, David Warner, and other players from playing the initial matches of IPL 2022. They will not available till 6 April. Before the start of IPL 2022, bad news has come out for the IPL franchises.

And this is the reason why the franchise’s extremely upset with Cricket Australia. Actually, before the start of IPL 2022, Australian players will play Test, ODI, and T20 matches with Pakistan. Although Pat Cummins (KKR), David Warner (DC), Josh Hazlewood (RCB), Glenn Maxwell (RCB) not being part of their white-ball squad. But Cricket Australia is not be allowing them to play in IPL 2022 till April 6th. This stand-by CA has irked IPL franchises and they are planning to raise the issue with BCCI. Here’s today’s IPL match prediction for the 2022 Season.

The teams are especially miffed with CA for not allowing the players to travel from their base till 6th April. Because of this, players will definitely miss 3-4 games. Even they will be released on April 6th but they will need to complete the Covid protocols which could be ended by April 11 or 12. But the point is what is stopping them from playing IPL 2022 when they will be not playing in that series.

“This is completely uncalled for. We could have lived with it if these cricketers were part of the Australian squad. But when they are not, what is the point of not allowing them to play in IPL”

said representative of one of the most affected franchise.

Here are the top best betting apps for IOS and Android.

Ahead of the start of IPL 2022, teams like Delhi, Bangalore, and Kolkata have suffered a major setback. Many big players of the team will not be able to play the opening matches of the world’s biggest cricket league this year.

Two of the important players of Australia are part of Delhi’s team. At the same time, two players of RCB will be able to join the team only till April 11. These players will not play the first three to four matches. This will hurt the teams. Warner and Marsh are Delhi’s key players, while Maxwell and Behrendorff are part of the RCB side.

Australian players who are not part of the contract are allowed to play the IPL 2022 from the very first match. This includes the names of Tim David, Daniel Sams, Riley Meredith, and Nathan Coulter-Nile. Whereas Maxwell, Warner, Cummins, Hazlewood, Matthew Wade, Marcus Stoinis, Sean Evott, Jason Behrendorff, and Nathan Ellis will be able to play IPL matches from April 11.

Looking for free betting tips? Find them here and learn more from the betting experts.