IPL 2022: List of all the Purple Cap Winners in IPL History 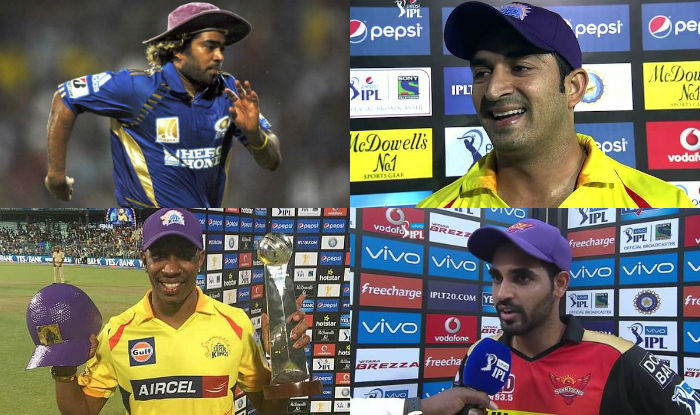 IPL 2022: The IPL has witnessed some dramatic bat-and-ball clashes over the years. But the player who succeeds the most with the ball takes the ‘Purple Cap’. The fight for the crown will begin again with the commencement of IPL 2022 next month.

Though it is a common belief that everyone likes to see the fours and sixes in the league. But the bowlers’ excellencies cannot also be overlooked. The following is a list of bowlers who have earned the ‘purple cap’ in previous IPL seasons:

IPL 2022: List of all the Purple Cap Winners in IPL History

Sohail Tanvir was the most lethal weapon in the armory of the Shane Warne-led Rajasthan Royals during the only IPL season in which Pakistani cricketers competed. He was awarded the purple cap for taking the highest 22 wickets in 11 matches.

The next year, while playing for the Deccan Chargers, RP Singh won the purple cap with 23 wickets in 16 matches. Rudra Pratap Singh, who was also a part of the unsuccessful 2008 DC squad that won only 2 of its 14 games, inspired the team’s bowling attack in winning the title in the 2009 edition. Get the latest news about IPL title sponsor for 2022.

Pragyan Ojha, the left-arm off-spinner who took 18 wickets in the 2009 edition, was in excellent form in the third season of the IPL as well. He earned the purple cap in the 2010 IPL after taking the maximum 21 wickets in 16 matches.

Lasith Malinga, the Sri Lankan seamer, is one of the most consistent bowlers in IPL history and also an integral player of the Mumbai Indians team that has the most trophies. In 16 matches during the 2011 season, the legendary bowler grabbed 28 wickets and won the purple cap.

Morkel’s bowling performances in the group stages may best be characterized as clinical, as he was consistently the Daredevils’ top bowler. Morkel took 25 wickets in 16 matches while playing for the Delhi Daredevils’ in IPL 2012.

Dwayne Bravo during became the first IPL bowler to take over 30 wickets in a single season. Bravo had the most wickets in the season, with 32 in 18 games.

In 2014, it was Mohit Sharma’s turn to shine in the IPL spotlight. He took 23 wickets in 16 matches while playing for Chennai Super Kings. Here’s our daily cricket match prediction and tips. Do check here how we predict upcoming matches.

When Bravo picked up 26 wickets in the eighth edition of the IPL, he became the first player in IPL history to earn the purple cap twice. His best stats of 3/22 came against KKR in the group stages, which CSK won.

The Purple and Orange Caps (David Warner) were awarded to players from the same squad for the second time in the 2017 edition. Kumar took the most wickets in the season for Sunrisers Hyderabad, with 26 in 14 matches.

Andrew Tye was named the Purple Cap winner for the 2018 season after taking 24 wickets at an average of 18.66. Andrew Tye was a member of the Punjab Kings in the 2018 IPL.

Imran Tahir, the experienced leg-spinner, ended the 2019 season with the Purple Cap. He had 26 wickets at an average of 16.58 in 17 matches. He was particularly lethal against Kolkata Knight Riders and Delhi Capitals, recording 4/27 and 4/12 respectively.

After nearly losing out on the Purple Cap the previous season, Kagiso Rabada finally got his hands on it in the 2020 season. He took 30 wickets in 17 matches. His best spell (4/24) came against the Royal Challengers Bangalore, as he ripped through their batting line-up with pace and precision.

In last season’s IPL, Harshal Patel was awarded the Purple Cap. He took 32 wickets, which was incredible to say the least.
Here are some top betting apps for 2022. Check all the app here.