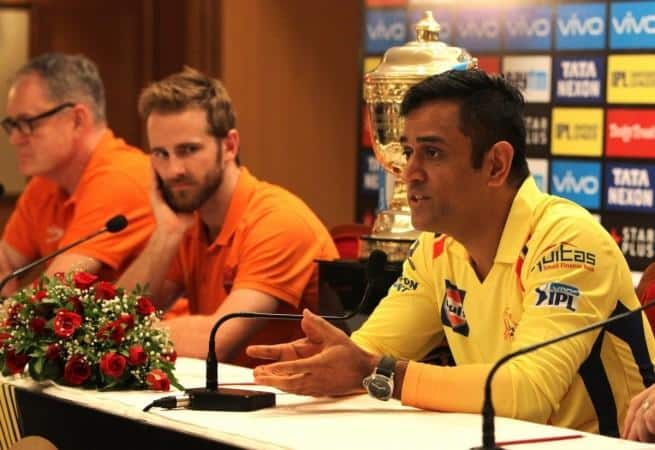 CSK vs SRH: We have moved to another weekend of the 15th edition of the Indian Premier League. The second match of the double header on Sunday will have the defending champions, CSK, lock horns against Sunrisers Hyderabad. The match will kick off at the Maharashtra Cricket Association in Pune at 7:30 pm.

Both teams had a taste of defeat in their last match and will focus more on winning this match. SRH are sitting at the first half of the table and CSK in the bottom half. But CSK has played their few matches on this pitch and that can make a difference. So in this article we will discuss five reasons why CSK will win match number 26, against SRH.

A batsman winning the “Orange Cap” of the season is enough to answer the questions of everyone. However, Ruturaj Gaikwad had a poor start to this season, and we have not been able to score anything in the last six matches, but in the last two matches he has shown some form. He also scored a half-century against RCB a couple of matches ago.

Well, Robin Uthappa has proven season after season that he can play at any position and in any situation. The veteran opener has some runs under his belt. He has scored a total of 228 runs at a strike rate of 141.62, including two half-centuries.

CSK is known for investing hard in its veterans every season. That was one of the reason that they picked Ambati Rayudu back into the team. The veteran batter has also paid off their trust so far. He played a blinder knock of 78 runs off 39 balls against PBKS and almost won CSK the match. But unfortunately, they fell short by 11 runs. For more top IPL betting sites for the 2022 season here on our site.

Shivam Dube is another name that has performed decently for the Yellow Army. The all-rounder has played a few really good innings and has scored the solidity that CSK required in the middle. Dube has scored 247 runs this season at an average of 35.28 and at an impressive strike rate of 158.23.

MS Dhoni surprised everyone when he stepped down from the captaincy just a couple of days before the first match. As a result, CSK has gone through the worst possible start and are almost out of the tournament. Many fingers were pointed at Jadeja’s captaincy. But guess what?

On Saturday, Ravindra Jadeja has decided that he will transfer back the captaincy role to MSD. That means he will be back to his usual job of “leading the side.” That means that the brain will be back to its usual operation, and we know how devastating that can be for the opposition. So, MSD as a skipper could be the game changer.

The world has seen many players playing in pressure situations and winning for their teams. But there are not many who can do that job better than the former Indian skipper, MS Dhoni. He is arguably one of the best finishers the game has ever seen. He has done it countless times in his career, whether it be in international arenas or in the IPL.

He did that again against MI, when he hit 16 runs off the last four balls to win the match. MSD almost did it in their last match against PBKS as well, but got out at the wrong time. However, it is a good sign for the team that they have got their skipper and their finisher both back.

CSK struggled in the first phase of the tournament within their bowling combination. They were not able to find the right bowlers for the right job. That is the reason they kept making changes in the bowling unit. But now, they look more settled. That’s because they have got the bowler for the job.

The likes of Dwayne Bravo, Mukesh Choudhary, and Pretorius are doing their pace-bowling jobs. Maheesh Theekshana, Santner and Ravindra Jadeja are back to their spinning duties. And with this combination, they appear to be even more lethal. So that might also find a way to create problems for SRH’s batting.

Both teams are looking good to win this match, but only one can come out victorious. So, Chennai Super Kings have a few games on this pitch, so that might help them. Do check out more IPL betting tips and match guides here on our site and learn more from the experts.