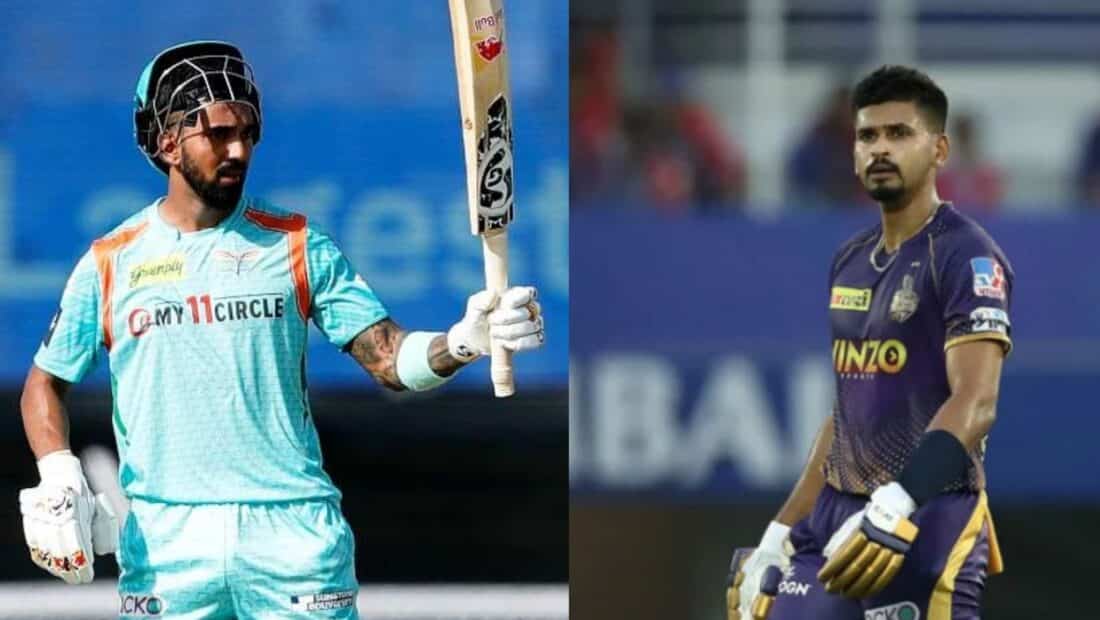 IPL 2022 LIVE, KKR vs LSG: The second encounter of the double header on Saturday will see two teams with contrasting seasons. Lucknow Super Giants will take on Kolkata Knight Riders at the Maharashtra Cricket Association in Pune at 7:30 pm. LSG are looking good to make it to the top four and just needs one more win from their remaining four IPL matches.

On the other hand, KKR ended their five-match losing streak in the last match against the strong Rajasthan Royals. So, that will surely give them confidence heading into this match. However, they don’t have many choices left. To survive, they need four wins from four matches. That means it will be a do-or-die match. So in this article, we will discuss five reasons why KKR will win this match against LSG.

The 27-year-old has joined the two-time champions, and it has brought change to their lives. No one can doubt the batting ability of Shreyas Iyer, but he has done a good job so far as a captain as well. He has led his team from the front. On the other hand, his individual performance has also helped the team, whatever the success they had.

The KKR skipper is the leading run-scorer for his team and is scoring runs in a difficult position. He has scored 324 runs so far this season at an average of 36.00. Fans would like to see him scoring runs once again to help his team get a win over LSG. Get the latest IPL betting apps for IOS and Android here on our site.

Nitish Rana has been coming off two good scores in the last two matches. The left-hander has scored 57 and 48* against DC and RR. He is finding his groove, which is a plus for the KKR since he is a solid middle-order batsman. His innings of 48* off 37 balls against RR helped his team complete a tricky chase in the last match.

The left-hander has scored 248 runs this season at an average and strike rate of 27.55 and 140.90, including two half-centuries. He would like to carry on his form to help his team win another do-or-die game.

There will not be many players in the history of the game that can win a game with both bat and ball. But the West Indian all-rounder has been doing it over the years on a consistent basis. However, he didn’t get any chance of either bowling or with the bat, but he is the biggest match-winner on the KKR team.

He has 227 runs scored at an incredible strike rate of 175.96. He enjoys hitting sixes. That is why, with 22 maximums so far, he is third on the list of highest sixes hit. He has taken 10 wickets for KKR in ten matches with the ball. Read Bet365 IPL reviews here and learn more about how this app works for betting online.

Umesh Yadav has returned to KKR as a match-winner this season. The veteran pacer has performed unbelievably well so far. He has given his team a good start in every match with the ball. Umesh is bowling in a good rhythm, his pace is good, and he is swinging the ball and taking important wickets.

So far, he has taken the most wickets in the power-play this season. Umesh has taken 15 wickets in 10 matches with an excellent economy rate of 7.15. One more good spell against LSG will surely help KKR to register another win. Umesh himself would like to take a few more wickets to be in the race for the “Purple Cap.”

5. Tim Southee – The Man with a Golden Arm

At the start of this season, the Kiwi pacer was not the first choice overseas pacer in the team. However, he played a few games in the absence of Pat Cummins. But despite performing well in those matches, he was dropped from the side after Cummins joined the team.

But as everyone says, performance speaks louder. Southee has got his chance back in the playing XI and he has grabbed the opportunity with both hands. With his loads of experience and skills, he will be the bowler to watch out for. Southee has taken 10 wickets so far in just five matches at a strike rate of 12.00.

Both teams have good batting depth. But when it comes to bowling, KKR have better options and are a more settled team. So KKR might have an upper hand on LSG in the match.