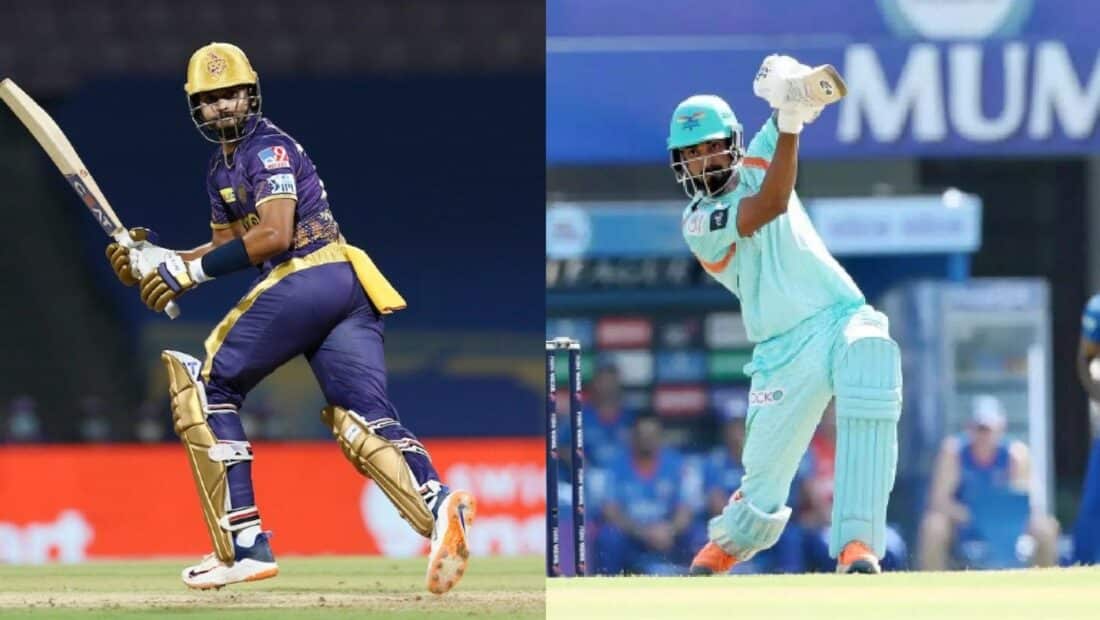 IPL 2022 LIVE, KKR vs LSG: Fans will see two big games on Saturday in the double header. The second game in the evening will feature two teams playing tough cricket in the ongoing season of the Indian Premier League. At 7:30 pm, Kolkata Knight Riders will lock horns with Lucknow Super Giants at the Maharashtra Cricket Association in Pune.

LSG are better suited on the points table and are sitting on the second spot, so if they win this match, they will move to number one. On the other hand, KKR won their last match against RR, but before that they lost five back-to-back matches. So that’s why they are looking a bit under-confident. So in this article, we will discuss five reasons why LSG will win this match against KKR.

KL Rahul is in a dream form. He is making runs for fun and that is why Lucknow has played a dominating game in their debut season. The LSG skipper is making runs in almost every game and giving his team a solid start at the top of the order. That is why he is the second highest run-scorer in the ongoing season.

Rahul is arguably the best batter in the IPL in the last 5 seasons. He has scored more than 450 runs in every season since 2018. This season he has scored 451 runs in 10 innings, including two centuries. And if he gets going, it will be tough for KKR to win this match.

2. Quinton De Kock – The Ever Reliable at the top

If KKR gets KL Rahul early, then they have to go through Quinton De Kock as well. The wicket-keeper opener has been as good as the skipper this season. He has also given the Lucknow Super Giants stability at the top. He has also been among runs and is the second highest scorer after the skipper for the franchise.

De Kock plays at a rapid pace, and his long stays in the crease are an assurance for the team. The left-hander has scored 294 runs in 10 innings, including two important match-winning half-centuries. And if he gets going, KKR will surely feel the pressure. Here are the ten best IPL betting apps you can download on your mobile devices and enjoy all the features you can expect from a mobile betting app.

The Baroda-born all-rounder has been a part of the IPL since 2015, but hasn’t got the chance that he would have liked. But numbers don’t lie. Deepak Hooda has been at his best for the Lucknow Super Giants this season. The franchise has trusted him and has given him the opportunity at No. 3.

And how well he has repaid them. This is the best season for the all-rounder in terms of scoring runs. Coming in at number three and making runs for LSG has opened many options for the team. Hooda is already coming off two good scores in the last two matches. He has scored 279 runs so far, including three half-centuries.

4. The Quality of all-rounders

The Lucknow franchise picked the players very smartly at the auction. That is why they have so many options within their team. The current LSG XI has around 4-5 all-rounders who are equally good with both bat and ball. Marcus Stoinis, Krunal Pandya, Deepak Hooda, Jason Holder, and Krishnappa Gowtham are those multi-dimensional players.

And the best part is that all of them are performing and doing their parts exceptionally well. That has given the skipper so many options to choose from. The key here is that whoever gets going is capable enough to win the match single-handedly.

A successful team can not only rely on the batters to win the game. But it is the bowlers that win them the game more often than not. And Lucknow has got some of the world-class bowlers in their team. In the spin department, Ravi Bishnoi, K Gowtham, Krunal Pandya, and Deepak Hooda are doing their jobs.

The pace department, led by Jason Holder, is as lethal as one can get. Avesh Khan, Dushmantha Chameera, and Mohsin Khan have troubled all the opposition batters. So it will be a big task for Kolkata to go through these bowlers in the match. Read Bet365 IPL reviews here and learn more about how online betting works through this app.

Both teams have some big power-hitters in their ranks, but when talking about the current performance, Lucknow are far better than KKR. So, Lucknow Super Giants will have the upper-hand over Kolkata in this match.