IPL 2022 LIVE: Arjun Tendulkar to Make His IPL Debut against DC? Rohit Sharma Hints after the Loss against SRH 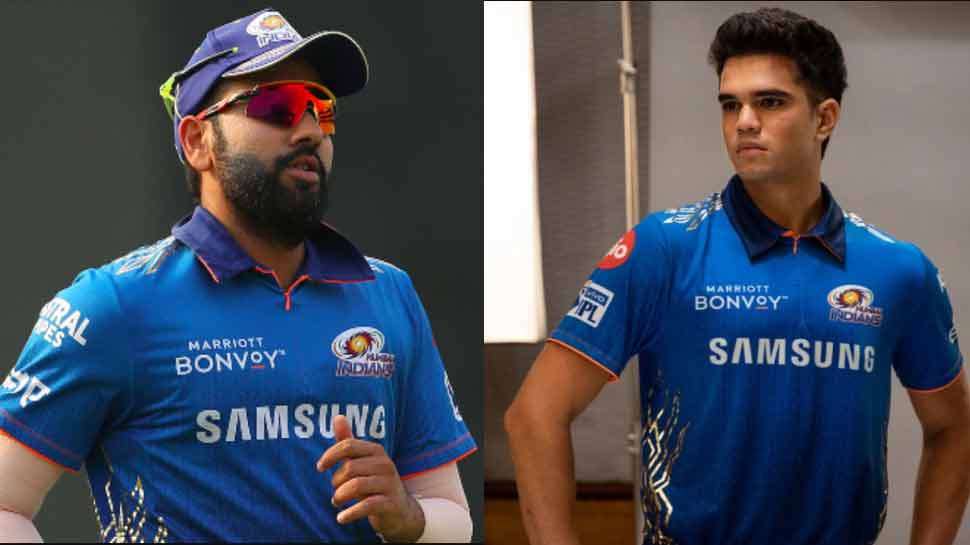 IPL 2022 LIVE: On Tuesday, two former IPL winners locked horns at the Wankhede Stadium. It was the clash between Sunrisers Hyderabad and Mumbai Indians that went down to the wire. At one point, SRH had the advantage, then it shifted to Mumbai, and then SRH came back again into the game. In the end, the Orange Army held their nerve to come out victorious and get two vital points on the table.

The five-time champions faced yet another loss this season and have now lost ten matches out of 13. MI skipper Rohit Sharma looked disappointed after losing a close match. During the post-match presentation, the skipper also discussed the plan for the last league match of this season. MI will play their final match of the tournament against the Delhi Capitals on Saturday, May 21 at the Wankhede Stadium.

The son of the great Sachin Tendulkar, who has been part of the Mumbai Indians setup for more than two seasons, has been warming the bench since he joined the franchise. But now, with nothing left in the tournament, there are chances that he might get his debut against DC. Rohit also gave a hint about trying out the new players in the last match. Eyes here for more live betting tips and guides, written by cricket betting experts, to find the right betting app for your situation.

The MI skipper said that they want to tick all the boxes and finish the tournament with a win. Everyone will try to give their all to win the last game. However, he also added,

“We will try everything we can from our side to put our best foot forward in the last game. If there is an opportunity to try out some more guys, we will look to do that too.”

It does indicate that the long wait might be over and Arjun might get his maiden camp. Fans are also excited for him and have high expectations. At times, the franchise has also shared a few videos featuring the 22-year-old sweating hard at the nets.

Talking about the match, it swung both ways. Kane Williamson and his team have now got 12 points. They are still alive in the competition. SRH will now play their last match against Punjab Kings on Sunday, May 22, which will be a must-win contest for both teams. Here you will find the live cricket predictions and analysis on the upcoming cricket matches that are being played around the globe.