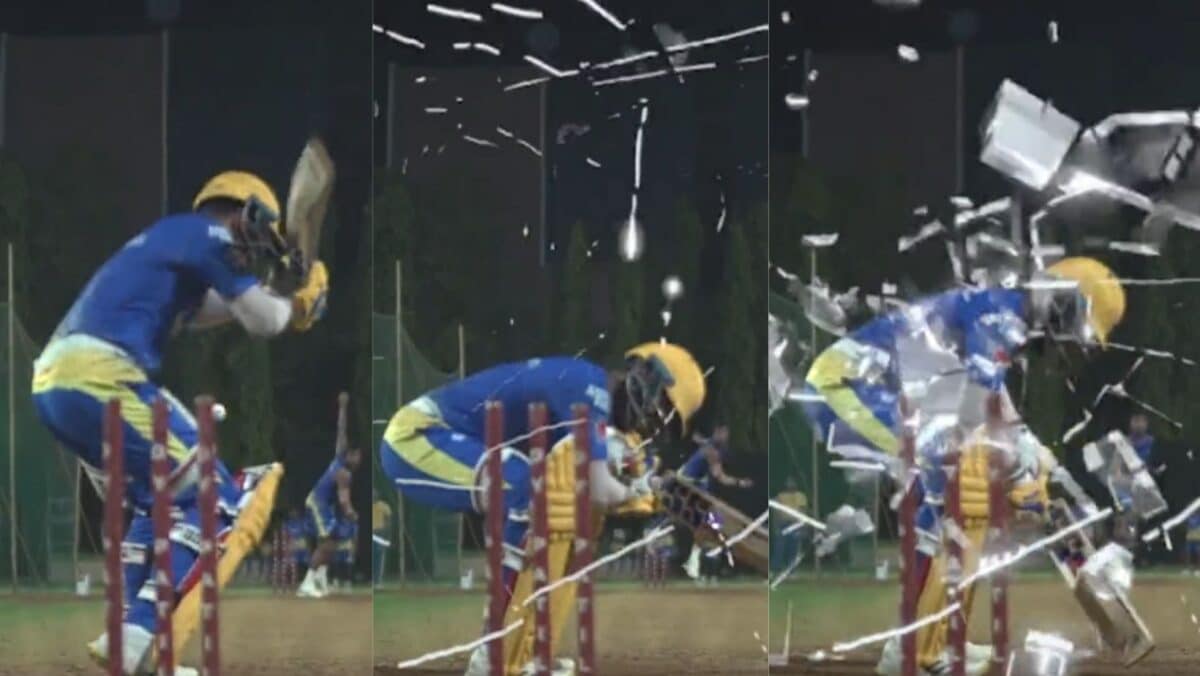 IPL 2022 LIVE: The defending champions, Chennai Super Kings, have had the worst season of their 15-year IPL journey. They have gone through many issues and faced a little backlash due to their performance and some other off-the-field controversies. As a result, the four-time champions have been eliminated from the season and will play their final match on Friday against RR. However, there have been some positives for CSK from this season as well.

Sri Lanka’s young pacer Matheesha Pathirana is one of those positives for CSK that can benefit them in the coming seasons. The 19-year-old made his IPL debut in the previous game against Gujarat Titans and impressed everyone with his performance. He took the wicket on the very first ball of his IPL career when he got Shubman Gill out LBW. Pathirana has caused problems with his slingy action. In a video shared by the CSK featuring the 19-year-old, he was seen bowling a pacy bouncer to his teammates at the net.

The 19-year-old made the headlines after his first-ball wicket on his IPL debut. His bowling action is quite similar to Sri Lankan legend Lasith Malinga’s, which is the reason he is also known as “baby Malinga.” However, during the franchise insider show, he talked about his journey. He said that when he started bowling, his coaches told him that his action was similar to Malinga’s, and he started watching his bowling videos. He also said that he idolizes the Sri Lankan legend and has met him once so far. The 19-year-old added,

“But I’m going to meet him soon. We haven’t had too many conversations. We met, and he taught me to be aggressive. I don’t feel the pressure. It’s only a nickname to me. I’m Matheesha and not Malinga. I want to be Matheesha.”

He also shared the experience of playing in the world’s biggest T20 league. The 19-year-old said that he was excited when he got the call from CSK, replacing injured Adam Milne, after going unsold at the auction. He said that he registered himself after the U19 World Cup but wasn’t picked. Pathirana said that he told his family this and they were very happy for him. He concluded,

“I think it was a very happy moment in my life. As I was trying to play at this level but not at 19. I planned it for before 25. But, I got the chance to play at 19. That’s a very big achievement.”

The 19-year-old registered a figure of 2/24 in his debut game against GT. He will be eager to play the last match for CSK against RR. Read Mobile Bet365 here and know more about how online betting works through this app.