Home » News » IPL 2022 LIVE: Key Matchups to Watch Out for in the Game Between CSK vs MI

IPL 2022 LIVE: Key Matchups to Watch Out for in the Game Between CSK vs MI 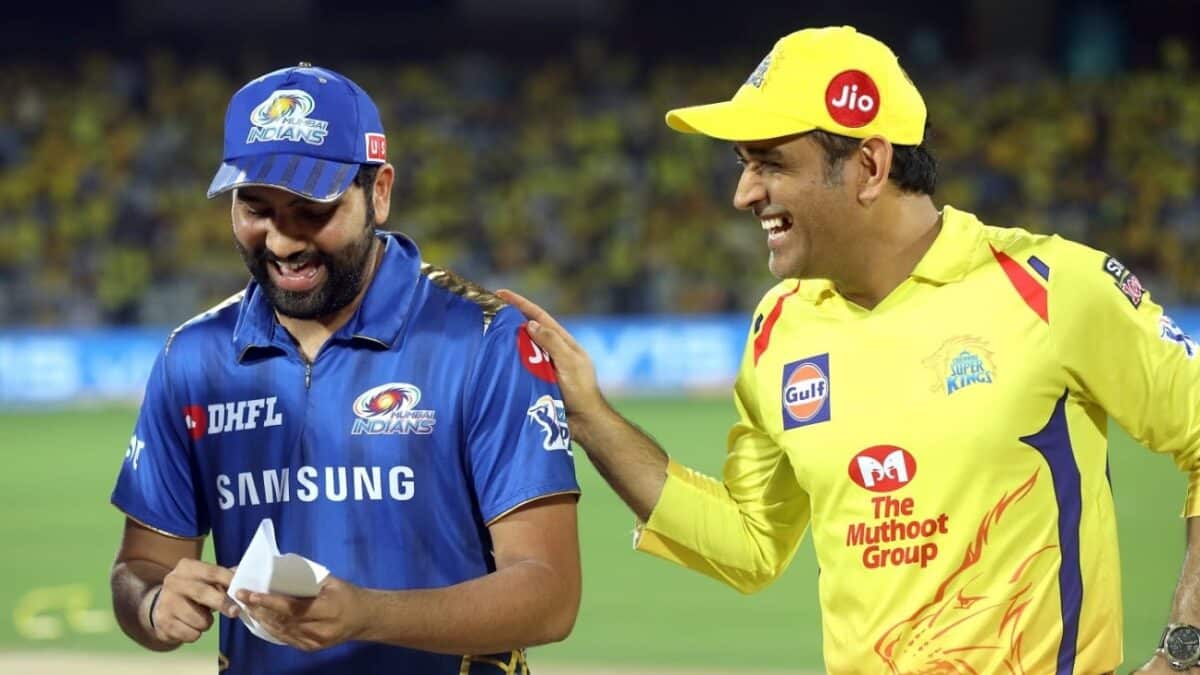 IPL 2022 LIVE, CSK vs MI: Chennai Super Kings (CSK) will cross swords with Mumbai Indians (MI) in match 59 of the TATA IPL at Wankhede Stadium, Mumbai on Thursday, May 12. CSK are just not finished yet and have an outside chance if they win the remaining three games. Meanwhile, MI will play for their pride.

Devon Conway has been a revelation at the top with three consecutive half-centuries since his return to the side. The New Zealand batter has recently tied the knot with his long-time girlfriend and it seems that he has bought the lady luck with him. The southpaw has amassed 228 runs in the last three games with a strike rate of 155.03. The franchise would also be pleased to see Ruturaj Gaikwad finally amongst the runs. The bowling attack is looking more robust with Moeen Ali and Mahesh Theekshana providing consistent breakthroughs upfront.

For MI the story has been similar through the season: bowlers and batters haven’t clicked in unison. Jasprit Bumrah’s outstanding spell in the death overs restricted KKR to a modest total as the purple Army was set for a big score. But the top order capitulated yet again in a run chase. Rohit Sharma’s struggle at the top reflects in the results. The MI skipper got out for a golden duck in the very first over of the batting innings. To make it worse MI were without the dependable SuryaKumar Yadav against KKR. The star batter has been ruled out for the remainder of the season due to a forearm injury.

CSK vs MI: Player Battles that can play a key factor in IPL 2022 Match

CSK will go all guns blazing as they are still alive in the tournament whereas MI will play for respect and the fans. They have nothing to lose but can be party spoilers for other teams. CSK and MI are the most successful teams in the IPL and it will be about the bragging rights.

CSK look favourites to win the battle of the titans and the franchise would want to do the double over their arch-rival. However, there are few matchups that can change the complexion of the game. In this feature, we take a look at 3 matchups between the two powerhouses. Read our free betting tips and match guides, written by the betting experts here on site.

Ishan Kishan played a nifty knock of 53 from 42 balls against KKR in a losing cause. If not for him the margin of defeat could have been much bigger. The southpaw has blown hot and cold this season and hasn’t lived up to his hefty price tag. Kishan is the second-highest run-scorer for the team after having amassed 321 runs with a strike rate of 117.15 and an average of 32.10 which is pretty subdued by his standards.

The franchise would want him to keep going at the top. However, Kishan needs to be watchful against Mukesh Choudhary in the first few overs. The left-arm pacer dismissed Kishan with a peach in the first encounter of the season and would be keen to repeat it. Hence, this matchup will be irrefutable in the context of the game.

It is really difficult to pick a star in a team of underachievers. However, Shivam Dube has been one of the bright spots in CSK’s dark season. The southpaw is the second-highest run-getter for the franchise with 279 runs at an average of 34.87 and a strike rate of 160.36. Dube played a handy cameo of 32 from 19 balls to power CSK to a mammoth total.

However, Dube has a negative matchup against Bumrah and his run-scoring spree might come to an end against MI. In 5 innings, Dube has been dismissed 2 times by Bumrah and has scored at a low strike rate of 58.8 against the MI pacer. Hence, this matchup will have a key say in the outcome of the game.

Robin Uthappa has been a prolific run-getter in the IPL. He has been an integral part of Kolkata Knight Riders (KKR) for many years and helped to the championship in 2014. This season he has donned the yellow of CSK but the flair is still intact. The CSK batter was the lone warrior in the initial few matches and has racked up 229 runs with a strike rate of 138.8. Get the latest online betting apps for IOS and Android here on our site and learn more about how online betting works.

However, Uthappa will have his work cut out against MI. Uthappa has a negative matchup against Jasprit Bumrah having been dismissed two times by the MI pacer. Uthappa however has scored at a healthy strike rate of 144.4 against Bumrah. Hence, this matchup will have a key say in both the innings.