Home » News » IPL 2022 LIVE: Key Matchups to Watch Out for in the Game Between DC vs LSG

IPL 2022 LIVE: Key Matchups to Watch Out for in the Game Between DC vs LSG 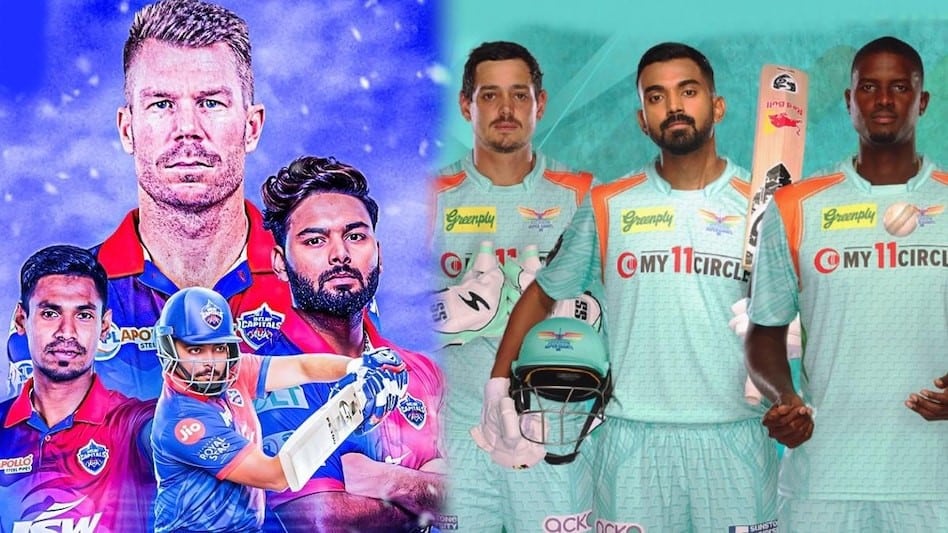 IPL 2022 LIVE, DC vs LSG: Delhi Capitals (DC) will cross swords with Lucknow Super Giants (LSG) in match 45 of the TATA IPL at the Wankhede Stadium, Mumbai on Sunday, May 1. Capitals got a much-needed win in the last match against Kolkata Knight Riders (KKR) to keep their hopes alive. LSG meanwhile, squeezed Punjab Kings (PBKS) to remain in the top four.

Kuldeep Yadav is blossoming under the captaincy of Rishabh Pant and how? The chinaman has picked 17 wickets in 8 games, including a four-for against his former employee. Kuldeep broke the backbone of KKR with his second four-wicket haul against the Knights. In fact, he has taken more wickets against KKR than in the last two seasons combined. Prithvi Shaw and David Warner has been the most successful opening pair in IPL 2022 with three half-century partnerships. They will surely want to keep that going and give a flying start. Rovamn Powell played a match-winning cameo of 33 from 16 balls against KKR and that should give him more confidence in the upcoming games.

LSG didn’t bat well against PBKS but the leadership of KL Rahul has shepherded his team to important two points. LSG bowlers once again stood up to the occasion and covered for their batters which is the hallmark of a good side. The stock of Mohsin Khan continues to rise in the TATA IPL. The 23-year-old was the pick of the bowlers with figures of 3/24. KL Rahul missed out against PBKS and will be looking to make amends against the Capitals. The LSG skipper has so far racked up 374 runs with a strike rate of 143.85 and an average of 53.43.

DC vs LSG: Player battles that can play a key factor in the match

The Capitals and Giants match each other in every step. Both have a strong batting and bowling lineup and have momentum on their side. LSG might have got the better of DC in the first encounter of the season but you can never underestimate the Capitals. In such a scenario, player matchups play a defining role in the outcome of the game. In this feature, we take a look at 3 such player battles between DC and LSG.

Ravi Bishnoi started the season well but has leaking runs in the last few games. The youngster has picked up only 7 wickets from 9 games at an average of 41.14 and an economy rate of 8.23. LSG need Bishnoi to step up and squeeze the batters in the middle overs. Bishnoi had a good first encounter against DC and will be building on that.

Meanwhile, David Warner has looked at his destructive best in the last few games. The southpaw has scored 257 runs at an average of 64.5 in his last five IPL innings. However, Warner failed to make a mark against LSG, which was also his first game of IPL 2022. He was dismissed by Bishnoi for just 4 and will be looking to dictate the terms against the leggie. In fact, Warner has been dismissed by Bishnoi on all three occasions he faced. This will be one of the key matchups to look out for.

KL Rahul doesn’t boast of a good record against the Capitals with 61 being his highest score. In 13 innings, Rahul has scored 296 runs with a strike rate of 138.9 and an average of 26.9. He has scored only two half-centuries against the Rishabh Pant-led side. Rahul would be keen to improve his record and play another impactful inning at the top.

However, Rahul will have a face-off with Chetan Sakariya in the powerplays. The 24-year-old left-arm pacer has dismissed Rahul two times in 19 balls but Rahul has batted with a strike rate of 184.21 against the DC pacer. This matchup will be irrefutable in the context of the game.

Quinton de Kock got a good start against PBKS in the last game but was unable to build on his innings. Nonetheless, he scored a valuable 46 off 37 balls, including four fours and two sixes. LSG would want him to fire at the top on a consistent basis.

De Kock will be confident going into the game having scored a match-winning 80 of 52 balls in the first meeting against DC. He was dismissed by Kuldeep Yadav and spin has been a chink in his armor. In fact, Kuldeep has dismissed the South African veteran two times in 14 balls. He hasn’t let De Kock dictate terms either having conceded only 20 runs. This sets up for an interesting matchup between the two in-form players. Read Bet365 IPL reviews here and learn more about how online betting works.