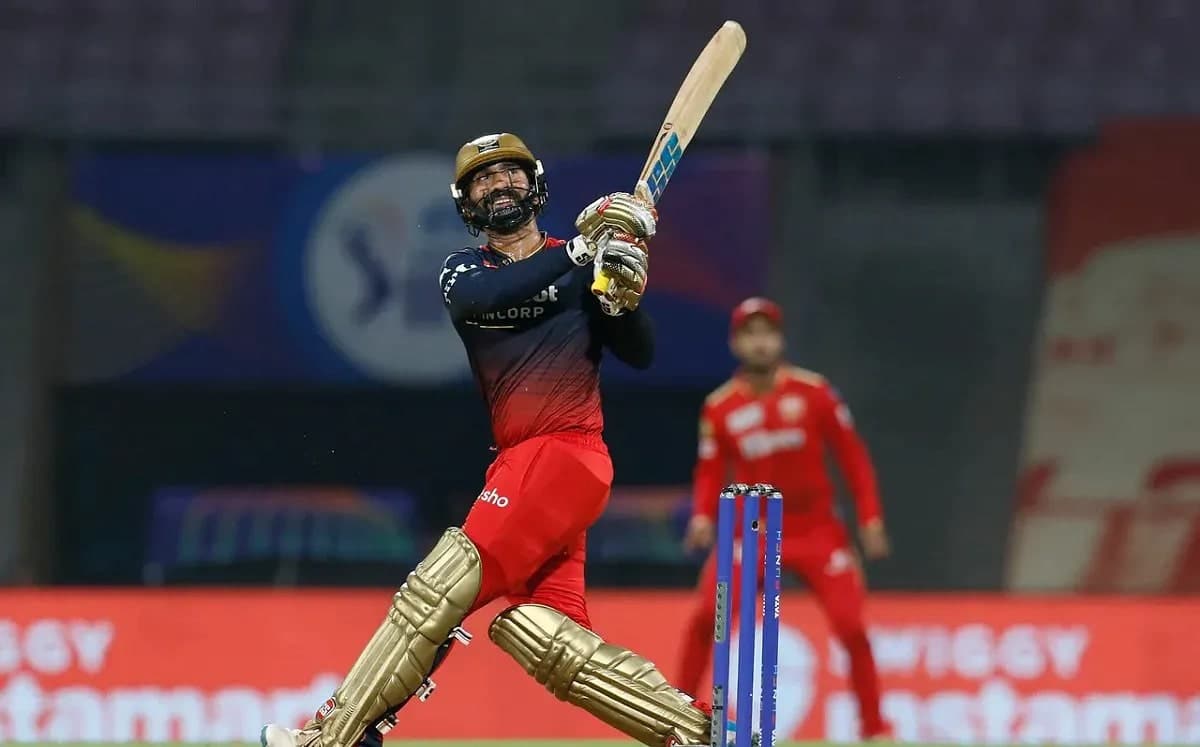 IPL 2022 LIVE: Dinesh Karthik delivers yet another finishing knock to sweep his fans off their feet. The fans’ craze stirred a unanimous uproar on social media, insisting on selecting Dinesh Karthik for the Indian T20 World Cup team. Former England captain Michael Vaughan too joined the bandwagon and advocated for Karthik’s inclusion in the Indian T20 WC team. Find here the IPL match predictions and updates for the upcoming match here on our site.

Dinesh Karthik played a thunderous inning of 8 ball-30 runs against the Sunrisers Hyderabad yesterday. Karthik walked out to bat in the penultimate over with 10 balls remaining in the over. He first smoked Karthik Tyagi for a six-over mid-wicket on the last ball of the 19th over. Then smoked Fazalhaq Farooqi for three consecutive sixes and a four after regaining a strike on the 3rd ball.

Some Twitterati aggressively batted for Karthik’s inclusion in the Indian T20 World Cup. “If DK not selected to T20I… Rohit, and Dravid should resign themselves… Dissolve BCCI” read one tweet.

One sportswriter wrote that if India doesn’t take Karthik to Australia for the World Cup, it shall pay the price. He further hailed Karthik as the best finisher in cricket at the moment. Read more expert betting tips and guides, written by the professional betting experts here on our site.

Karthik has been unlucky in finding the rightful chances in the national team. He has mostly played as a second-fiddle or backup player. However, his contributions in limited chances have been outstanding and need a reward. With no MS Dhoni or Suresh Raina on the side, team India will need Karthik’s experience to lift the trophy. India hasn’t won the trophy ever since the inaugural edition and Rohit Sharma will surely like to wear the crown. Karthik seems indispensable for India for the upcoming World Cups.