IPL 2022 LIVE: Five Reasons Why Mumbai Indians (MI) Can Win against Rajasthan Royals (RR) In MI vs RR Match No. 44 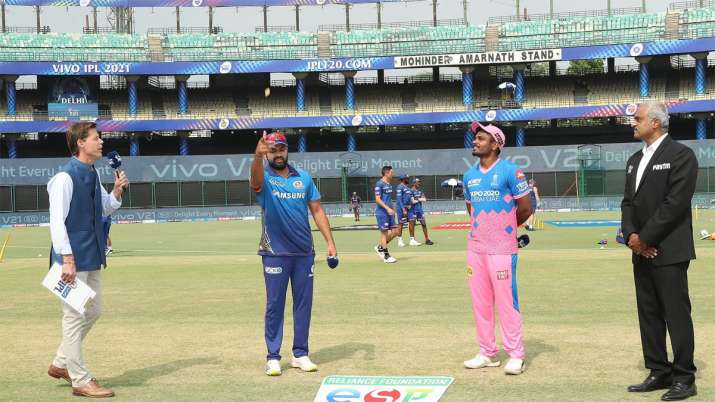 IPL 2022 LIVE: This Saturday, two powerhouse teams will lock horns with each other. It will be the Mumbai Indians taking on the Rajasthan Royals. The match will start at 7:30 pm at the DY Patil Stadium. Looking at the stars from both teams, it would be a thrilling contest of the IPL.

Rajasthan Royals have done a tremendous job so far in the competition. They have won the game while batting the first five times, the most of any team. On the other hand, Mumbai Indians are yet to get their first win and they are already out, but no one can write off the five-time champions. So in this article, we will discuss five reasons why MI will win this match against RR.

Wicket-keeper batsman Ishan Kishan and skipper Rohit Sharma have won a number of matches for their team over the years. So none doubt the potential of these two. Both are proven openers in all forms of cricket. Ishan has a few runs under his belt as well. The left-hander has scored 199 runs so far, including two half-centuries.

Rohit Sharma has struggled a bit but he is a class player and knows how to bounce back. He has had a few starts this season but hasn’t converted those. But fans would be hoping that he would make a big score and, if it happens, MI is going to win.

Suryakumar Yadav has been up to the challenge whenever he goes to the field. The right-hander has come out all guns blazing this season. In the least matches, he is among the top scorer for the franchise this season. He is their most consistent batter who can play according to the situation.

That is what makes him a complete player. He can play shots all over the field and can do both, anchor and change gears at the same time. Suryakumar has scored 239 runs in six matches at an average and strike rate of 47.80 and 151.26, respectively. He will be a vital man for MI. Get the latest online betting apps for IOS and Android here on our site and learn more about how online betting works.

There are a number of young players that have shown their potential in this edition of the cash-rich league. One such name is Tilak Verma. Who would have thought that a 19-year-old would emerge as the most successful batsman for the franchise? But he has done an excellent job so far.

Coming down the order, he has played an incredible role for the MI as a finisher. He has also supported Kieron Pollard, who is struggling at the moment. The left-hander has scored 272 runs so far at an average and strike rate of 145.33 and 40.20, respectively, including two half-centuries this season.

4. No fear of losing

When expectations are lower, one can perform more freely. MI is already down and out and has become the first team this season to get eliminated. That might work in their favor as they know that there is nothing left for them in the tournament, so they can now play freely.

And everyone knows that when MI plays without any pressure, that is the possible result. So that might end up on their side. They will not play for their pride and to spoil the parties of other teams, and RR might be their first victim on the way.

5. The Quality of the bowling department

The biggest issue at the start of the season was the bowling department. And that might have hurt them this season. But the franchise has added a couple of bowlers now. Most importantly, they have added the veteran pacer Dhawal Kulkarni to their side to strengthen their pace attack.

Daniel Sams has also shown some good signs, and Bumrah also seems to have come into his own. That will make this bowling attack more lethal. So to take this attack lightly might backfire on RR this time. So, all in all, now the bowling department is looking better than earlier this season.

Both teams are having a contrasting season so far. But with MI, they are already out and don’t have anything to lose. That might give an extra edge over RR. Looking for more cricket betting tips for free and match guides from the betting experts? Read here.