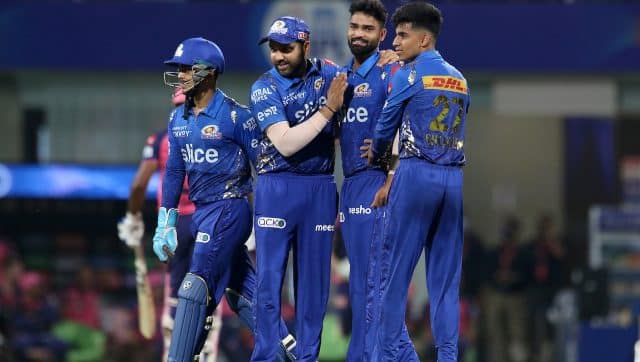 IPL 2022 Live, GT VS MI: The 15th season of the Indian Premier League has been a tournament that is a mix and match of shocks and surprises. We have reached match number 51 where we will witness GT vs MI. Gujarat Titans are currently the league leaders. They are leading the IPL 2022 point table with 16 points. With 8 wins and just 2 losses, the Titans are having the best debut season in the history of the tournament. The Titans are coming for their next game against Mumbai Indians after a disappointing loss against Punjab Kings on Tuesday. Skipper Hardik Pandya and his men would be willing to bounce back in the tournament on Friday.

Mumbai Indians, on the other hand, is having the most disappointing tournament in the history of the franchise. MI has turned out to be a complete failure in IPL 2022. After the IPL 2022 mega auction, Mumbai was one of the biggest heavyweights in the tournament. However, the picture is completely different on the field. After more than a month in IPL, Mumbai scored a win against Rajasthan Royals on Saturday. Their bowling lineup is a major weakness and the opening partnership is turning out to be the most hopeless. Ishan Kishan started his campaign on a good note but eventually lost track.

Skipper Rohit Sharma is also struggling with his batting form in IPL 2022. No matter what MI does now, they are almost out of the playoffs.

Mumbai Indians have struggled this season to have a strong batting lineup. Skipper Rohit Sharma, Ishan Kishan and their middle-order batsmen have not been in the required form. Except one man, who has scored in every game for Mumbai is Suryakumar Yadav.

Overall in IPL 2022, Suryakumar Yadav has scored 290 runs in 7 matches at an average of 48.33 and a strike rate of 147.21. His credentials are strong and it was because of his inning against Rajasthan, that Mumbai was able to score their first win. If you are searching for the best online IPL betting sites, you are in the ideal place!

Ishan Kishan was showing his talent at the beginning of the IPL 2022. He was one of the major contenders for the orange cap with Jos Buttler from Rajasthan. But after a few matches, Kishan lost his form and was seen struggling to score.

However, in the last game against Rajasthan, Ishan was seen in his old form before he was caught by Sanju Samson. Kishan was able to score 26 runs in 18 balls at a strike rate of 144.44. No matter how his form is, Kishan is always a dangerous batsman from Mumbai Indians.

Mumbai Indians are known to support young talent from the domestic grounds of Indian cricket. This year it was Tilak Varma who made it to the playing XI of Mumbai Indians. Varma proved his worth and became a strong pillar in the middle order of Mumbai.

Overall in IPL 2022, Tilak Varma has scored 307 runs at an average of 43.86 and a strike rate of 137.05. He is currently the 6th highest scorer in the tournament and close competition with Shikhar Dhawan from Punjab Kings.

Jasprit Bumrah is India’s deadliest and the most talented bowler we have ever seen. However, he has been a complete disappointment in the current season of IPL. It is because of the amount of pressure Bumrah has on his head to perform. Looking for more Cricket betting odds and scheduled matches for the upcoming future? Find them here.

The weakest link of Mumbai has been their bowling attack. None of their bowlers has performed up to the mark. Because of the same reason, Bumrah took on the pressure to perform and lost track. Now, with the presence of Riley Meredith, it looks like Bumrah will come into his old form.

The Australian pacer, Riley Meredith has come out as a piece of major positive news for Mumbai Indians. They started using him at a very later stage of the tournament but Meredith is performing at his best for his team.

In the last game against Rajasthan Royals, Meredith picked up 2 wickets in 4 overs at an economy of 6. His credentials are an answer to his critics and it looks like MI will be using him more for the upcoming matches.

Mumbai Indians have reached a stage where they have nothing to lose. They are already out of playoffs. Overall, MI is a strong team and skipper Rohit Sharma and his men will be performing without any pressure to win hence this might improve their chances to win.