Home » News » IPL 2022 LIVE: Key Matchups to Watch Out for in the Game Between GT vs PBKS

IPL 2022 LIVE: Key Matchups to Watch Out for in the Game Between GT vs PBKS 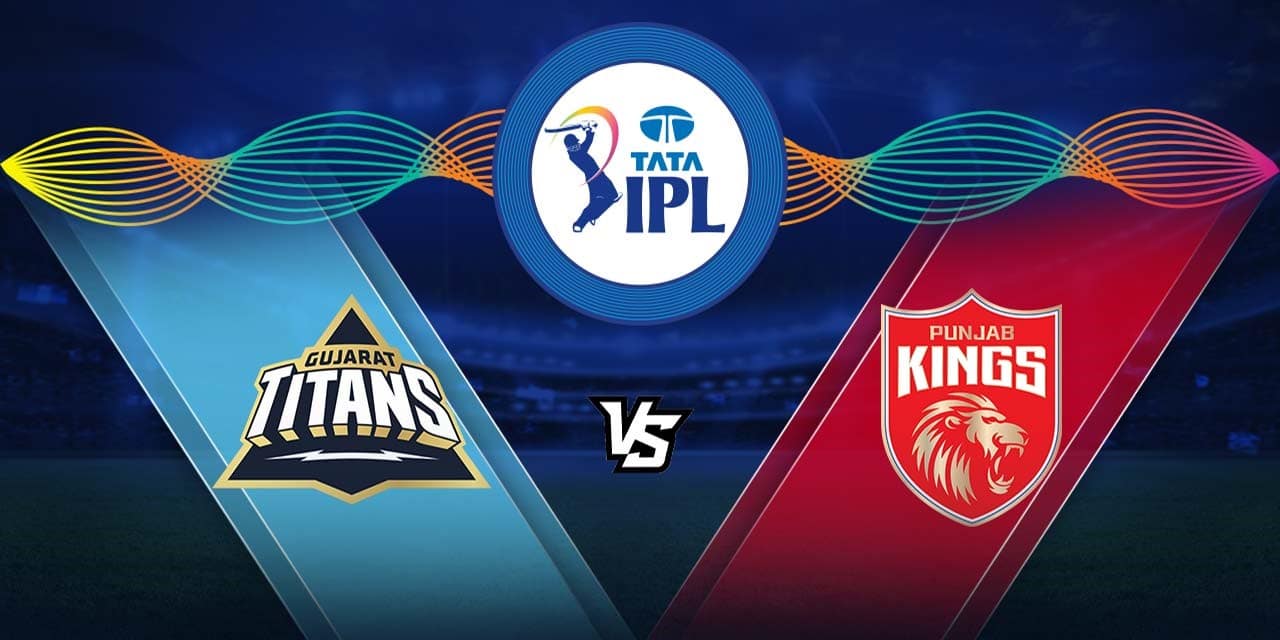 IPL 2022 LIVE, GT vs PBKS: Table-toppers Gujarat Titans (GT) will lock horns with Punjab Kings (PBKS) in match number 48 of the TATA IPL at Dr. DY Patil Sports Academy, Navi Mumbai on Tuesday, May 3. It will need a special effort from PBKS to stop the Titans’ march. In the history of IPL, no team has won 8 of their first 9 matches.

Rahul Tewatia and David Miller have ice running in their veins. The duo have made a habit of seizing the clutch situations. In fact, GT have now won 5 games in the final over this season so far. CSK and RR are the only other two teams to have achieved the same feat in IPL. Wriddhiman Saha’s addition has added solidarity at the top. The India veteran has given a solid start in every match he has played so far. However, Shubman Gill has blown hot and cold this season. The 22-year-old started the season on a positive note but lost his Midas touch in the last few games.

PBKS on the other hand have been fairly inconsistent this season, especially with the bat. The PBKS batters have shown intent in the powerplay and tried to take the attack to the opposition. However, in doing so they have lost too many wickets upfront. PBKS batters are scoring at 8.94 RPO in the first six overs, the second-best in that phase after DC. PBKS batters have also struggled against spin having lost 18 wickets against the tweakers and scoring at a run rate of 6.89. Hence, it is imperative for someone from the top to bat through.

GT vs PBKS: Player battles that can play a key factor in the match

GT won a last-ball thriller in the first encounter of the season. They have firmly stationed at the top and have the momentum on their side. Moreover, GT have a fairly balanced squad compared to PBKS and will go into the game as favorites. However, there are few player battles that can have a key say in the outcome of the game. In this feature, we take a look at 3 such player battles between GT and PBKS.

Shubman Gill started the season with a bang having scored 180 runs in the first three matches. However, post that the GT opener has amassed only 80 runs in the last 6 innings. His strike rate has also dropped to 97.6 which clearly shows Gill has struggled to get off the blocks. Gill played a match-winning 96 in the first encounter of the season and will be looking to make amends once again. Here are the ten best IPL betting apps you can download on your mobile devices and enjoy all the features you can expect from a mobile betting app.

However, Gill will have to be watchful against Kagiso Rabada who has troubled him in the past. In fact, Gill has a negative matchup against Rabada having been dismissed twice in 6 innings. He has an average of 10 and a strike rate of 62.5 against the South African veteran. Hence, this will be one of the key matchups to watch out for.

Shikhar Dhawan has failed to live up to the expectation of the franchise so far. The southpaw has struggled to provide PBKS with a solid start upfront barring the game against CSK. Dhawan has consumed too many deliveries for his liking and that has put pressure on the middle order.

Ideally, Dhawan is a destructive player against the spinners. But he has struggled against the mystery of Rashid Khan. Rashid has the wicket of Dhawan in his pocket having dismissed him 4 times in 6 innings. Moreover, Dhawan has a strike rate of 93.18 and an average of 10.25 against the Afghan sensation. This sets up for an interesting match-up between the two IPL giants.

Rahul Tewatia has been acing the run chases for GT in the final five overs. The southpaw has scored 150 runs at the death so far with a strike rate of 208.3. Among batters who have faced min 30 balls at death, only Dinesh Karthik has a higher strike (215.3) than Tewatia.

The 28-year-old T20 specialist scored 18 of the last over, including a six of the final ball to snatch the game from PBKS in the first meeting. GT would want him to keep going and playing those impactful cameos. However, Tewatia will have his work cut out against Kagiso Rabada. In 4 innings, the PBKS pacer has dismissed Tewatia two times and has conceded only 18 runs in 14 balls. Hence, if Rabada can send Tewatia early it will mean saving a lot of runs at the death. Read more Bet365 IPL reviews here and learn more about how online betting works.