Home » News » IPL 2022 LIVE: Key Matchups to Watch Out for in the Game Between GT vs RCB

IPL 2022 LIVE: Key Matchups to Watch Out for in the Game Between GT vs RCB 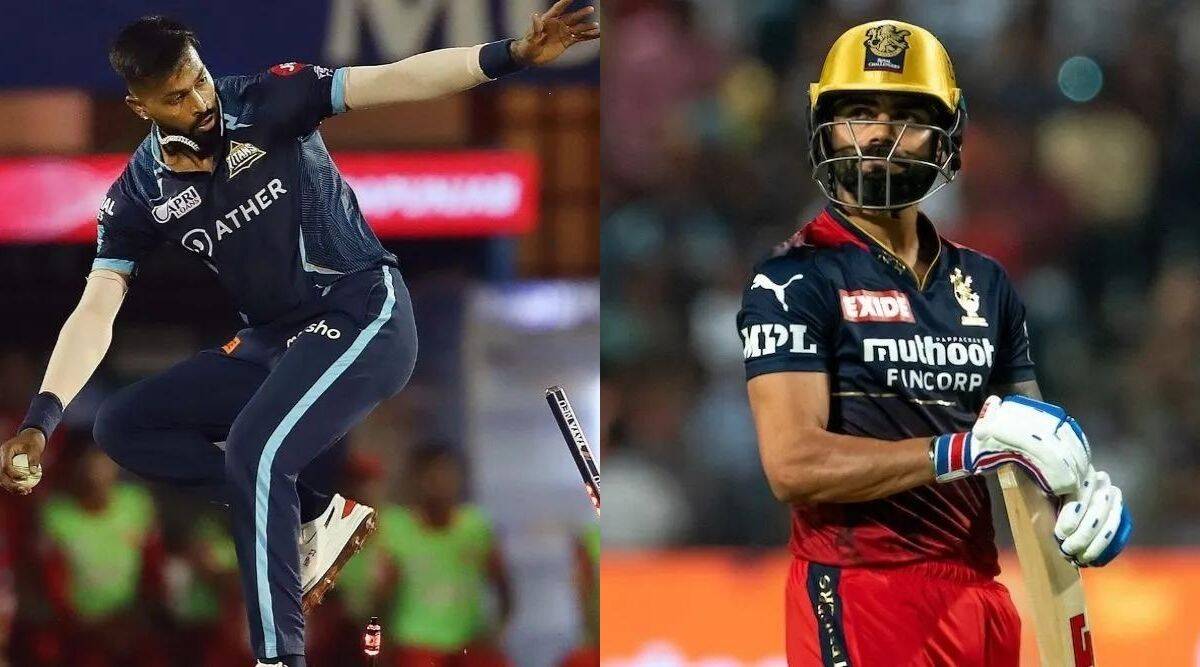 IPL 2022 LIVE, GT vs RCB: Gujarat Titans (GT) will take on Royal Challengers Bangalore (RCB) in match 43 of the TATA IPL at Brabourne Stadium, Mumbai on Saturday, April 30. No one gave GT a chance but here they are sitting pretty at the top of the table. GT are a couple of wins away from sealing a playoffs berth in their maiden IPL season.

GT replaced the out-of-touch Matthew Wade with Wriddhiman Saha and the India veteran made an impact straightaway. The 37-year-old laid the platform for the chase against SRH with a majestic 68 of 36 balls. Big guns Hardik Pandya and David Miller failed to step up in the big chase but Rahul Tewatia and Rashid Khan took them over the line in a nail-biter. Tewatia and Rashid have immense self-belief and this has been their success in winning matches from improbable positions. However, Lockie Ferguson has given a slight headache to the franchise. The Kiwi pacer has picked 9 wickets in 8 innings at an average of 31.67 with an economy rate touching 9.

Among RCB’s top 6 batters, only Dinesh Karthik has a batting average of more than 50 which reflects the failure of the top order this season. The next best is Faf Du Plessis with a batting average of 30.88. However, the RCB skipper has been fairly inconsistent in the last few IPL innings. Virat Kohli’s failure has further aggravated RCB’s batting woes in IPL 2022. The ex-RCB skipper has been dismissed 6 times in the first ten balls of his batting innings so far. In 9 innings, Kohli has accumulated 128 runs with a strike rate of 119.6 and an abysmal average of 19. RCB needs someone from the top to bat through and set a base for the power hitters to explode at the death.

GT vs RCB: Player battles that can play a key factor in the match

The Titans are on a four-match unbeaten streak while the challengers have lost two on a tort and will seek a quick turnaround. Gujarat looks very strong on paper and have momentum on its side. Meanwhile, Bangalore’s top order will be under immense pressure after crumbling against RR. GT will be the favorites going into the game but there are few player battles than can change the complexion of the game. In this feature, we take a look at 3 such player battles between GT and RCB.

Hardik Pandya has stepped up big time and how? The GT skipper has amassed 305 runs with a strike rate of 137.38. He has a batting average of 61, the second-best among batters who have played a min of 200 balls. Hardik has already played a couple of match-defining innings against RR and KKR. However, he was out cheaply in the game against SRH and will look to redeem himself. For more online IPL betting sites and match guides for the 2022 season, check out more here.

In 13 innings, Hardik has amassed 233 runs with a batting average of 38.33. He will look to make his I00th IPL match a memorable one with another impactful knock. However, Hardik’s negative matchup against Harshal Patel might derail all his plans. The RCB pacer has dismissed Hardik two times in 7 balls and will be keen to get the better of his India mate.

Kohli is going through a tough phase that every cricketer has experienced. He is struggling big time to get some good runs under his belt. His batting average of 16 is the lowest in all IPL seasons after 9 innings. However, it is just a matter of confidence for Kohli to hit the ground.

He was promoted to the top in the last game against RR but to no avail. Kohli’s struggle to tackle the new ball has been a major concern for the franchise and that may haunt them in the game against GT as well. Mohammed Shami has dismissed Kohli four times in 9 innings and is making the new ball talk. He has now taken 8 wickets in the first six overs, the highest among bowlers who have bowled min 40 balls in the powerplay. This matchup will have a key say in the outcome of the match.

Shubman Gill has been dismissed three times in 18 balls by right-arm pacers in TATA IPL 2022. He averages 5 against the right arm quicks this season. The GT opener has been pivotal to the team’s success this season. Gill has amassed 229 runs with a strike rate of 142.24 and an average of 28.6.

Meanwhile, the opposition boasts of Josh Hazlewood who has been superb for RCB with the ball. The lanky Australian has taken 10 wickets in 5 innings at an outstanding average of 13.60, including a match-winning four-for against Lucknow Super Giants (LSG). Hence, this matchup will be irrefutable in the context of the game. Get the latest IPL betting apps for IOS and Android here on our site and learn more about how online betting works.