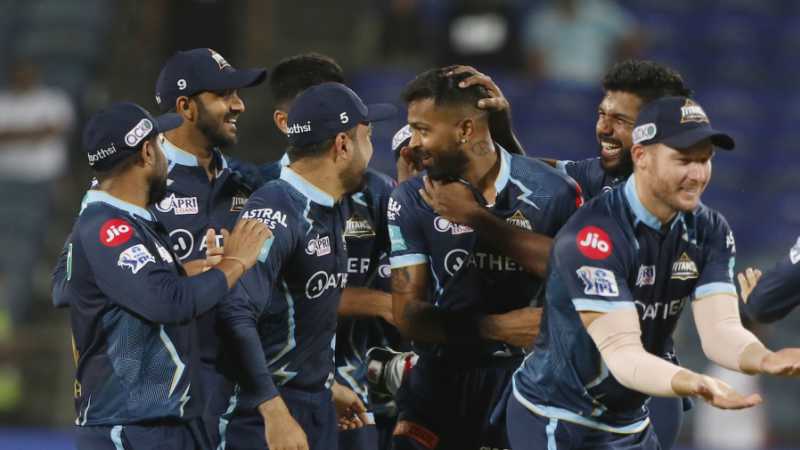 IPL 2022 Live: After two months of hard work, we are now down to the final act of IPL 2022. The game which will decide the winner of the 15th season of IPL will be played between arch-rivals, Gujarat Titans, and Rajasthan Royals. GT vs RR will take place on Sunday, at 7.30 PM at Narendra Modi Stadium. Gujarat Titans and Rajasthan Royals turned out to be the biggest heavyweights in the tournament and now they will lock their horns to prove their supremacy over each other.

Rajasthan Royals, the team which showed us never to give up, confirmed their win in the finals after scoring a comfortable win against Royal Challengers Bangalore in the second eliminator match.

Gujarat Titans, on the other hand, proved their supremacy in the tournament from the beginning. They surprised everyone with their quality of cricket in IPL 2022. Under the leadership of Hardik Pandya, the debutants had a fairytale season. Since the IPL 2022 mega auction, Gujarat Titans were not on the top list of cricket experts. They were getting criticized for their whole squad. Most of their players were inexperienced and were not having a good international season.

During IPL 2022 mega auction, the think tank of Gujarat Titans looked completely lost. They didn’t even have a wicket-keeper during the end hours of the mega auction. However, the Titans proved everyone wrong and answered their critics in style.

GT VS RR: 5 Reasons Why GT can win Today’s IPL Match Against RR in Final Match of IPL 2022

One of the best things which Gujarat Titans have right now is that every player in the playing XI is a match-winner for the team. In the last game, surprisingly, David Miller turned out to be the hero of the game against Rajasthan Royals.

In the last game against Rajasthan Royals in the playoff, David Miller scored 68 runs in 38 balls at a strike rate of 178.95. He helped the Titans to bounce back in the game after the failure of the opening batting lineup of the team.

The ferocious captain of Gujarat Titans, Hardik Pandya, has turned out to be one of the major reasons for the team’s success. He has been performing as a brilliant allrounder and has been a huge support to every player on his team. Bet online by checking more top IPL betting sites for the 2022 season here on our site.

In the last game against Rajasthan Royals, Hardik Pandya was able to score 40 runs in 27 balls at a strike rate of 148.15. He was also effective with the ball as he took 1 wicket in 2 overs at an economy of 7. In the final game, Pandya will be focused will be a match-winner for his team.

At the beginning of the tournament, Gujarat Titans struggled with their opening batting lineup. However, the young talent, Shubman Gill was consistent in playing constructive innings for his team and give a good start to the Titans.

Against Rajasthan Royals, Gill was able to score 35 runs in 21 balls at a strike rate of 166.67. Shubman has been a valuable player for his team across the tournament. Even though he specialises in test cricket, Gill has been a strong pillar in the batting lineup.

Every time Rashid Khan comes on the field to play cricket, things always get surprising. He is one of the best all-rounders in international cricket. Not only he can pick wickets with his spin attack, but Khan can also score runs for his team as well.

Against Rajasthan, Rashid Khan was unable to pick wickets but he just gave away 15 runs in 4 overs and maintained his economy at 3.75. His spell helped Gujarat to keep a check on the run rate of the opposition.

Even before the beginning of IPL 2022, Shami was ruling the bowling section of team India. As the IPL began, Shami continued his form and was seen picking up wickets. As the team comes to face Rajasthan again, Shami will play an important role.

In the last game against Rajasthan, Shami picked up 1 wicket in 4 overs and his economy was 10.75. There is no doubt that Shami’s disciplined bowling will be a huge trouble for the Royals’ batsmen. He has always performed well against Rajasthan Royals. Stay tuned for our 100% FREE cricket tips and match guides from our professional betting tipsters.

The final game of IPL 2022 will be a thrilling game to watch. Both Gujarat Titans and Rajasthan Royals are equally good with their quality of cricket. Looking at the history between both the teams, we expect Gujarat Titans to win the IPLv2022 trophy.