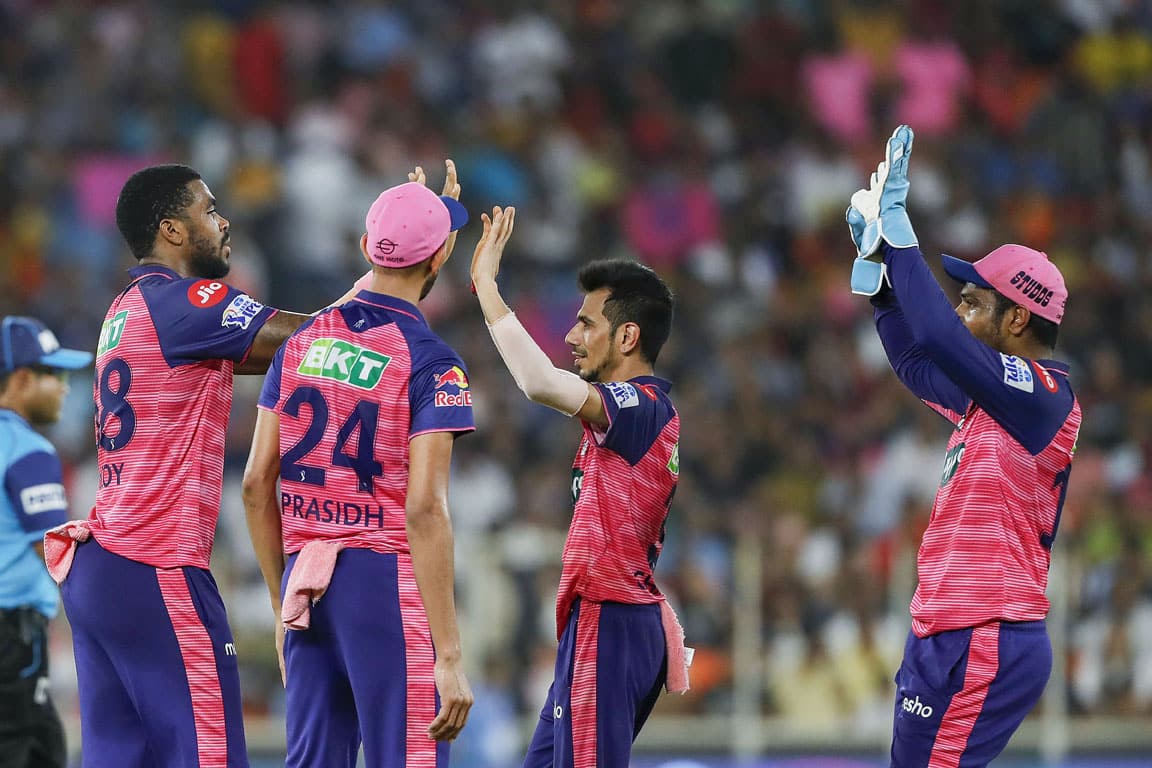 IPL 2022 Live: The 15th season of the Indian Premier League has reached its final stage and now two of the strongest teams in the tournament will collide for one trophy. Gujarat Titans and Rajasthan Royals declared their supremacy over all the squads in the tournament. They both have played some quality cricket in the whole tournament. Now, it’s time for both teams to collide and win the IPL 2022 trophy.

The much-anticipated GT vs RR fixture will take place on Sunday at 7.30 PM in Ahmedabad. Gujarat Titans, the strongest squad of all the teams in IPL 2022, have already defeated Rajasthan in the first playoffs. They will be confident enough to repeat the same result and win the IPL 2022 trophy in their debut season.

Rajasthan Royals, on the other hand, have shown their power to make a comeback in the tournament during multiple situations. They started their IPL 2022 campaign on a positive note and with 2 consistent wins. The team witnessed a huge dip in their performance and IPL 2022 point table rank during the middle of the tournament. However, the Royals bounced back strong and turned things in their favour.

Similarly, the Jaipur-based team lost their playoff game against the Gujarat Titans but immediately made a comeback and defeated Bangalore in the second eliminator match. Sanju Samson and his men will be confident to repeat the history after 14 years and bring the trophy home.

GT vs RR: 5 Reasons Why RR can win Today’s IPL Match Against GT in the Final Match of IPL 2022

One of the biggest powerhouses for Rajasthan Royals’ success in IPL 2022 is the English T20 batsman Jos Buttler. It is good news for Rajasthan that Buttler regained his form after a short dip in his ability to score runs quickly.

Another reason for Rajastahn’s success in IPL 2022 is the leadership of Sanju Samson. He has defiantly lost his wicket in every game at a very early stage. But his contribution to team success is impeccable. He has always led his team by setting up examples. Have your own IPL betting apps and become part of a huge community of cricket fans betting on exciting matches with maximum comfort at home.

Samson, in the whole tournament, has maintained his strike rate at 147. Coming at number 3, Samson always gives his team a huge push in the overall score. Not only as a batsman, but Sanju Samson has also been a huge support to the whole squad in the IPL.

The think tank of Rajasthan Royals did a great job by buying Shimron Hetmyer during the IPL 2022 mega auction. The Guyanese cricketer has the required experience of playing death-overs and scoring quick runs with the help of boundaries.

Overall in IPL 2022, Hetmyer has maintained his strike rate at 163.19. This shows how valuable he is to the Rajasthan Royals team. As the team comes to play against Gujarat, Hetmyer will be one of the biggest dangers to the opposition.

Throughout the tournament this year, Rajasthan Royals have struggled with their pace attack. The pressure for picking up wickets with pace was on Trent Boult only. However, in the last game, it was good to see Prasidh Krishna coming back to his old form.

Against Royal Challengers Bangalore, Krishna was able to pick 3 wickets in 4 overs at an economy of 5.50. Krishna is an important piece of the puzzle for the Rajasthan Royals. In the final game, Krishna will defiantly turn out to be a headache for the opposition.

Another pace attacker, Obed McCoy, was in form last night against Royal Challengers Bangalore. It seems like Rajasthan Royals have finally solved the issue in their pace bowling. McCoy was doing a good job but against Bangalore, he played an important role. Read Bet365 IPL reviews and learn more about how to use this app for betting online.

Obed McCoy was able to pick 3 wickets in 4 overs while maintaining his economy at 5.75. Both Prasidh Krishna and Obed McCoy took away the pressure from Trent Boult and Chahal and played their part in the team very well.

Gujarat Titans and Rajasthan Royals have proved in IPL 2022 that they both deserve to be in the finals. Since the beginning of the new season of IPL, both the teams were playing like champions. According to recent performances by the Rajasthan players, we expect that the Royals will lift the IPL 2022 trophy.