IPL 2022 Live: “I Had To Wait 3 Years For A Chance To Play In The Indian Premier League”, Mohsin Khan 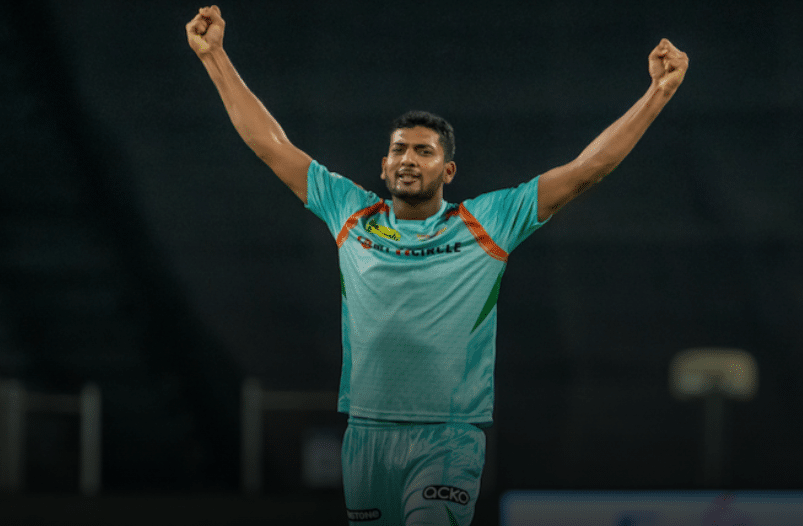 IPL 2022 Live: The 15th edition of the Indian Premier League has thrown up more Indian youngsters in the deep-end than in previous seasons as more and more Indian domestic players have gotten opportunities to play with and against the best of the best in the world in a 10 team tournament. Mohsin Khan from Lucknow Super Giants is one such youngster. Find here all IPL teams and IPL 2022 match predictions here on our site.

The IPL motto is, “where talent meets opportunity” and that is exactly what is happening in Tata IPL 2022.

From the likes of Ayush Badoni, Tilak Varma, Jitesh Sharma in batting to Arshdeep Singh, Umran Malik, Yash Dayal, Mohsin Khan, and many more in bowling, the newest edition of the biggest franchise cricket league in the world has shown the immense depth Indian cricket possesses.

The latest addition to the list of impressive performances has been left-arm seamer Mohsin Khan from Uttar Pradesh who is playing for LSG. Khan who was part of Mumbai Indians in the past finally got to make his debut in the IPL for LSG this year.

Khan in the last two games has been very impressed with the ball as he helped his side defend two below-par scores against Mumbai Indians and Punjab Kings in two back-to-back games.

He gave away only 27 runs and picked up a wicket against Mumbai Indians while bowling to the likes of Kieron Pollard in the end overs against MI, while against PBKS he picked up 3 important wickets and gave away only 24 runs in his 4 overs.

It wasn’t only with the ball that he did his job. Mohsin Khan came into bat for LSG at a time when his side collapsed from being 98 for 2 to 126 for 7. He isn’t known for his batting but he made a crucial 13 off 6 deliveries which included a 6 and a 4 to take his side to a respectable total of 153 runs in the end.

Get the latest IPL betting apps for IOS and Android here on our site and know more about how online betting works.

While batting, he didn’t look like a typical lower order batter as he wasn’t just trying to hit every ball out of the park, he hit his first ball for a six because it was on his radar. When Arshdeep Singh came into the bowl the last over, he was seen standing deep inside his crease because of Arshdeep bowls yorkers at the death. Although he could only manage a couple of singles in the first five deliveries, he hit the last ball of the innings for a boundary through covers. It wasn’t an easy shot to play and any top-order batter would have been proud to see how he played that shot.

But he was in the team for his bowling more than his batting and he didn’t disappoint with the ball either. He bowled important overs and picked up the most important wicket of Liam Livingstone when he was looking set for a big score.

Khan’s impressive performance with the ball has given LSG more choices with the ball as now they have 2 quality Indian seamers to rely on in the form of Mohsin Khan and Avesh Khan. The journey to the IPL has not been an easy one for Mohsin Khan who made his debut in his state Uttar Pradesh in 2018.

Earlier this year he was acquired by Lucknow SuperGiants for 20 Lacs and got to play a game at the start of the tournament, but he couldn’t do well against Gujarat Titans. But an injury to Avesh Khan got him another opportunity against MI and he has made sure to make it count.

“I was waiting for three years for an opportunity. My parents used to say that it was their dream to watch me play in an IPL match. Now that I’m playing, my parents are the happiest. I’m very happy as well, I’m fulfilling their dream. I’ve been with Mumbai for three years. There were very big players there, so I didn’t get an opportunity to play but I learnt a lot. Here, the support staff is quite good and I’m getting to learn a lot here as well”

Lucknow Super Giants would hope that their newfound talent continues to impress in the upcoming games as the race for playoff heats up.

For more IPL betting tips and match guides from the experts, read here for free.