Home » News » IPL 2022 LIVE: Key Matchups to Watch Out for in the Game Between DC vs KKR

IPL 2022 LIVE: Key Matchups to Watch Out for in the Game Between DC vs KKR 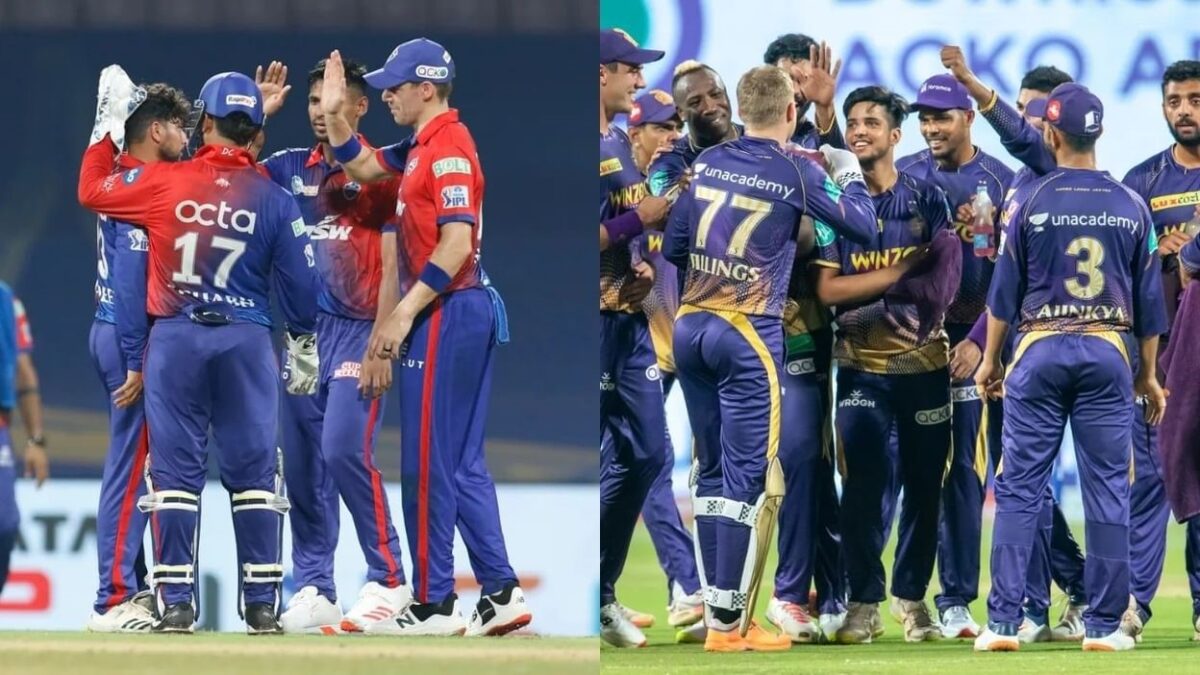 IPL 2022 LIVE, DC VS KKR: A shaky Delhi Capitals (DC) will take on the struggling Kolkata Knight Riders (KKR) in match 41 of the TATA IPL at the Wankhede Stadium in Mumbai on Thursday, April 28. Both DC and KKR are reeling at the bottom half of the table with 6 points each. Delhi went down fighting against Rajasthan Royals (RR) by 15 runs in a high-scoring thriller. KKR meanwhile, are on a four-game winless streak and need a quick turnaround to save their season.

Except for the games against Lucknow Super Giants (LSG) and Punjab Kings (PBKS), DC have conceded over 170 runs in every game. This is because the bowlers have failed to pick wickets in the powerplay overs. In fact, DC bowlers have picked only 8 wickets in the first six overs, the lowest for any team in that phase of play.

Hence, the role of Kuldeep Yadav in the middle overs becomes the domino factor. The ex-KKR player has taken 13 wickets in 7 games, including a four-for against his former employee in the first leg. Delhi’s batting has transformed since David Warner joined hands with Prithvi Shaw. The lethal opening duo of Warner and Shaw have added 54.75 runs on average for the opening wicket, the third-best in the tournament.

KKR will rue the loss against GT as the momentum was with them going into the chase. The bowlers did well to restrict GT under 160 but once again the top-order has let them down. KKR’s experimentation with Sunil Narine at the top hasn’t worked so far. They even tried Sam Billings in the game against GT but to no avail. KKR have the most unsettled opening duo in the tourney and the openers have scored at a run rate of 6.09 in the powerplay, the lowest among all teams this season. KKR need someone from the top to bat through to provide a solid base for the explosive middle order. Skipper Shreyas Iyer has struggled with consistency which has aggravated KKR’s batting woes.

DC vs KKR: Player battles that can play a key factor in the match

DC vs KKR: DC have more positives than KKR going into the game. Moreover, DC humbled KKR by 44 runs in the first encounter and will be oozing confidence. However, there are few matchups that can play role in the batting innings of both the teams. In this feature, we take a look at 3 such player battles between RCB and RR.

Andre Russell has already played a couple of match-defining innings this season for KKR. The West Indies all-rounder has so far accumulated 227 runs with a strike rate of 180.16 and a healthy average of 45.4. He played another blazing cameo of 48 from 25 balls but fell within touching distance of victory.

Russell will be itching to redeem himself against DC after failing to make an impact in the first leg. However, Russell will be up against nemesis Shardul Thakur. The ‘man with the golden arm’ has dismissed Russell three times in 19 balls but Russell has scored at a strike rate of 284.21 against the DC all-rounder. Hence, it will be one of the key player matchups to look out for in the game between DC vs KKR.

Aaron Finch is expected to be fit for the game against DC after missing out on the last game with a slight niggle. The Australia white-ball skipper announced himself in style with a blistering 58 of 28 balls in the game against RR. Finch has a plethora of experience and will be crucial in holding the top order together.

However, Finch will have to be watchful against Kuldeep Yadav. The India ace leg spinner has found his Midas touch in DC colors. Kuldeep has taken 6 wickets in 3 games at an average of 13.50 and an economy rate of 6.94. Moreover, Kuldeep has had Finch’s number in the past having dismissed him four times in 5 innings.

Rishabh Pant has been getting good starts but couldn’t capitalize it into big innings. The DC skipper hasn’t been at his fluent best and has amassed 188 runs at a healthy strike rate of 154.10. However, Pant need to solve the number 3 conundrum and promote himself in that position. This will ensure he gets time to settle in his innings.

Since 2018 Pant has batted with a strike rate of 136.6 against the off-spinners but has struggled against the mystery of Varun Chakravarthy. In 4 innings, the KKR off-spinners have dismissed Pant one time and have given only 24 runs in 20 balls. However, Varun isn’t having a good outing in the purple of KKR. He has picked up only 4 wickets and leaked 8.82 runs per over. Since Pant likes to take on the spinners from the onset this matchup will be irrefutable in the context of the game.