Home » News » IPL 2022 LIVE: Key Matchups to Watch Out for in the Game Between GT vs MI

IPL 2022 LIVE: Key Matchups to Watch Out for in the Game Between GT vs MI 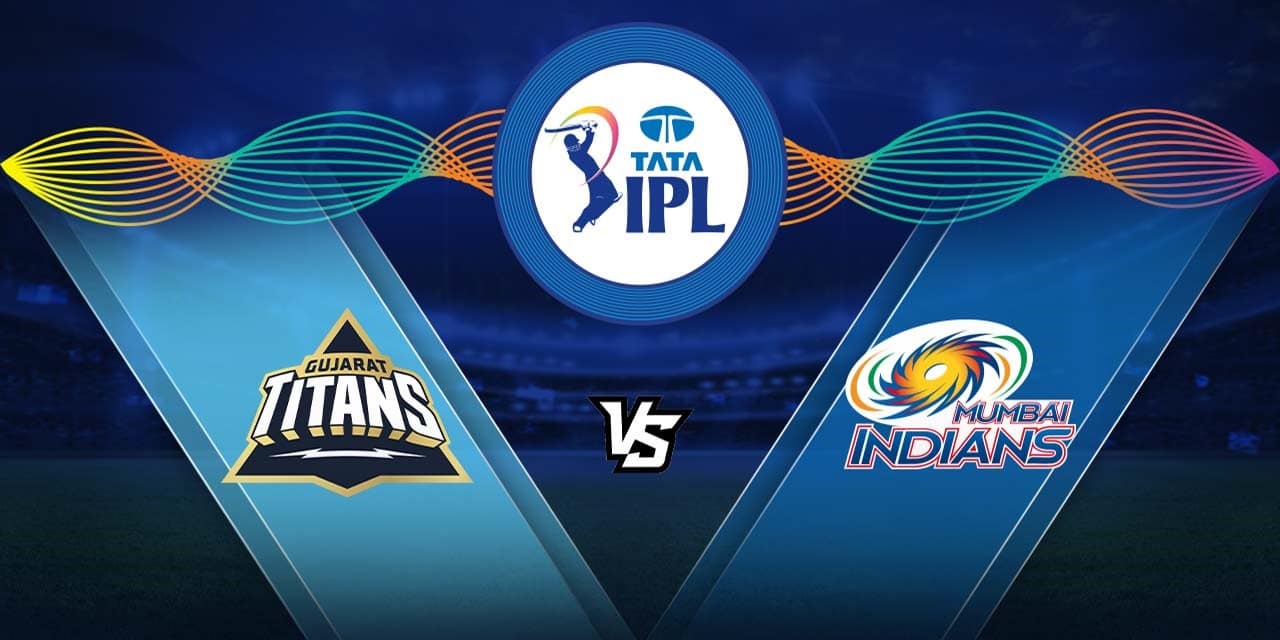 IPL 2022 LIVE, GT vs MI: Gujarat Titans (GT) will face Mumbai Indians (MI) in match no 51 of the TATA IPL at the Brabourne Stadium, Mumbai on Friday, May 6. GT’s five-game unbeaten streak was broken by Punjab Kings (PBKS). Meanwhile, MI finally got off the mark in the last match against Rajasthan Royals (RR).

GT have found 8 different match-winners so far in the tourney. In fact, these players saved GT’s thin batting lineup from being exposed. However, none of the susceptible match winners could step up against PBKS. Out of 8 matches, GT won five while chasing so skipper Hardik Pandya wanted to test the players out of their comfort zone. Sai Sudarshan was the lone positive for GT in the match. The 21-year-old stocks have risen game after game. Sudarshan scored a nifty 65 of 50 balls to propel GT to a respectable total after their top order collapsed like nine pins.

Mumbai ticked most of the boxes in the win against RR. The bowlers squeezed RR’s heavy top order and restricted them to a respectable total. Debutant Kumar Kartikeya was impressive with figures of 1/19. However, MI needs Rohit to sort out his issues and come back stronger. The MI skipper has amassed only 155 runs in 9 innings with a strike rate of 123.2 and an average of 17.22. MI will once bank on the dependable Surya Kumar Yadav and Tilak Verma. The duo are the only consistent performers in a team of underachievers.

GT vs MI: Player Battles that can play a key factor in IPL 2022 Match

GT and MI will cross swords for the first time in IPL. It will be an emotional moment for GT skipper Hardik Pandya who will be up against his former employee. GT will face MI on the back of a loss while MI have momentum on their side after defeating high-flying RR. Hence. a tight contest is on the cards and in such a scenario player matchups can have a key say in the outcome of the game. In this feature, we talk about 3 such player battles.

Rohit Sharma’s struggles at the top have clearly been reflected in Mumbai’s results so far. The ‘Hitman’ hasn’t scored a single half-century in this season. Rohit got decent starts in many games but failed to build on it. This has been his story so far in the tourney.

Meanwhile, Mohammed Shami has made the ball talk in the powerplay overs. The GT pacer has picked 9 wickets in the first six overs, the highest among all bowlers who have bowled a min of 50 balls in that phase. Shami has a positive matchup against Rohit having dismissed the MI opener two times in 8 innings. Moreover, Shami has given away only 46 runs of 40 balls against Rohit. Hence, this matchup will be irrefutable in the context of the game. Read 1xbet IPL reviews here and learn more about how online betting works through this app.

Shubman Gill is going through a lean phase after starting the season on a positive note. The GT opener has amassed only 89 runs in his last 7 innings with a strike rate of 97.6. Gill was looking in good touch against PBKS but his innings were cut short by a brilliant direct hit from Rishi Dhawan.

Meanwhile, MI have been reluctant to use Jasprit Bumrah in the powerplays. However, Rohit gave Bumrah two overs in the powerplay against RR and the MI pacer almost took the prized scalp of Jos Buttler. Rohit is likely to operate with Bumrah in the upcoming games as well. Bumrah has dismissed Gill one time in 6 innings and has conceded only 20 runs from 24 balls.

Suryakumar Yadav has done the heavy lifting for MI amid their top-order struggles. The 31-year-old has accumulated 290 in 7 innings with a strike rate of 147.21 and an average nearly touching 50. SKY has an outstanding strike rate against the spinners and likes to dictate terms against the tweakers.

Therefore his matchup against Rashid Khan in the middle overs will play a key role in the outcome of the match. SKY like all other players has looked to just playing out Rashid’s over. In 28 balls the MI batter has scored 32 runs against Rashid. Hence, it will be interesting to see whether SKY will take the same approach or look to attack Rashid from the onset. Here are more IPL betting tips and match guides from the experts for free.