Home » News » IPL 2022 LIVE: Key Matchups to Watch Out for in the Game Between KKR vs LSG 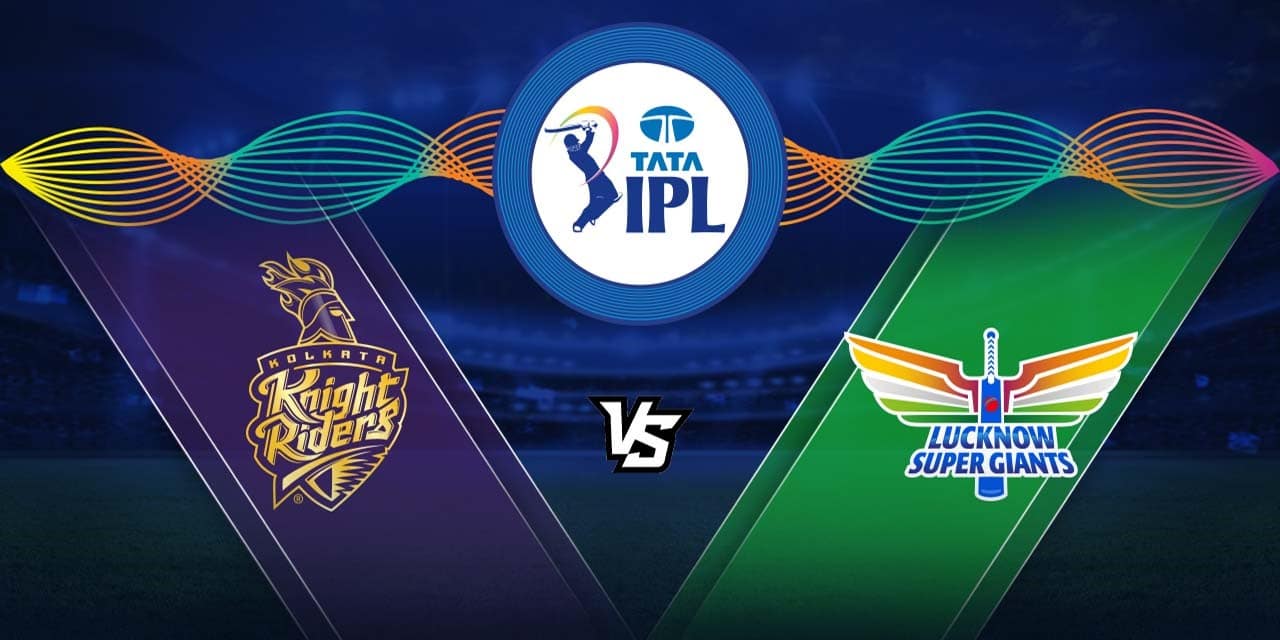 IPL 2022 LIVE, KKR vs LSG: Kolkata Knight Riders (KKR) will aim to win big when they meet Lucknow Super Giants (LSG) in the last robin-round match at Dr. DY Patil Sports Academy, Navi Mumbai on Wednesday, May 18. LSG too will hope to win this match and seal a spot in the top four.

KKR are just hanging by the thread with two back-to-back wins. Even if the Kolkata-based franchise win against LSG, they would need other results to go their way. We are down to the business end of IPL 2022 and KKR are yet to fix its opening woes. KKR have used six opening pairs but only the duo of Venkatesh Iyer and Ajinkya Rahane have stitched a fifty-run stand.

KKR can promote Sam Billings to open as Rahane has been ruled out due to injury. KKR will once again depend on their susceptible match-winner Andre Russell. Dre Russ’ all-around brilliance handed KKR a net boosting win over SRH.

LSG need to sort out their batting ahead of the crucial fixture. The top order hasn’t fired in the last two games and that will be a cause of worry. Deepak Hooda has been a revelation for the team at number 3.

India’s all-rounder has amassed 406 runs, including four-half centuries across 13 games at a strike rate and average of 31.23 and 133.5 respectively. LSG should promote Marcus Stoinis to number 4, ahead of Krunal Pandya. Stoinis need to face a certain amount of deliveries to create that impact.

KKR vs LSG: Player Battles that can play a key factor in IPL 2022 Match

Both KKR and LSG have a very good bowling line up and it will the case of one team trying to outperform the other with the willow. KKR’s batting collapsed while chasing 177 in the first encounter of the season. In fact, they were bundled for 101 with 5.3 overs to spare. LSG once again will go into the game as the favorite. However, there are few matchups that may determine the outcome of the match. In this feature, we take a look at 3 such player battles between the two powerhouses.

Nitish Rana has stepped up every time in the face of adversity. The southpaw has been a consistent performer in the middle order for KKR. Rana is the third-highest run-getter for the franchise after having accumulated 319 runs with a strike rate of 139.3 and an average of 26.5. The 28-year-old played a handy cameo of 26 from 16 balls in the win over SRH. Get the latest IPL betting apps for IOS and Android here on our site.

The franchise would want him to keep going and finish on a positive note. However, Rana will have to be wary of Avesh Khan. The LSG pacer has taken 17 wickets across 11 innings at an average of 18.35. Avesh has dismissed Rana two times in 17 balls and has conceded only 9 runs. Hence, this matchup will be irrefutable in the game’s context.

KL Rahul has led from the front for LSG and the franchise would want him to keep playing those crucial knocks at the top of the order. The India opener relishes playing against the Knights having scored 383 runs in 11 innings for (SRH, PBKS, and RCB). Rahul, in the mint of blue, would hope to keep that going especially after missing out in the first encounter.

However, Rahul needs to be watchful against Umesh Yadav who has been breathing fire in the powerplay. The India pacer has picked up 16 wickets from 19 games with an economy rate of 6.93. What’s most impressive is the fact that Umesh has taken 8 wickets in the first six overs. Yadav has dismissed Rahul earlier once across 7 innings. Hence this will be another key matchup to watch out for.

Deepak Hooda has been delivering consistently at the top alongside skipper Rahul. Hooda played another blazing knock of 59 from 39 balls to keep LSG in pursuit of 177 while wickets were falling at the other end against RR. However, LSG fell short by 23 runs and Hooda would be keen to make amends.

The LSG batter will face a stern test against the KKR spinners, especially Sunil Narine. Hooda has already been dismissed earlier once by Narine and he has batted with a strike rate of 66.67. Dismissing Hooda early on will take away 20-30 runs from LSG’s ultimate total whether batting first or chasing. Hence, this battle will have a key say in the batting innings of both teams. Stay tuned for our 100% FREE IPL betting tips and match guides from our professional betting tipsters.