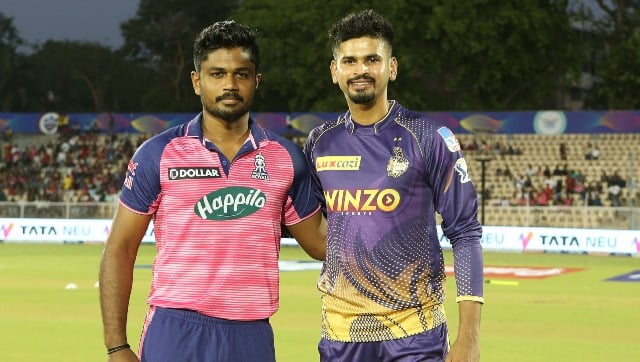 KKR vs RR: Fans will now see two powerhouses of the TATA IPL 2022 competing against each other. The last time these teams met was a nail-biter. This time as well, the expectations are totally high. At 7:30 pm, the Rajasthan Royals will be taking on the Kolkata Knight Riders at the Wankhede Stadium.

Both teams lost their last matches, but KKR is coming off of five back-to-back defeats and is out of the competition. That means they have nothing to lose now and will play for pride. So that might give them the right tempo heading into the games that might end their losing streak. So in this article, we will discuss five reasons why KKR will win this match against RR.

One of the biggest differences between last season and this season for the KKR is the form of their skipper. Eoin Morgan struggled badly in the 2021 season. But Shreyas Iyer is doing everything that he could to help his team. That is why he is the best batsman on his team this season.

The KKR skipper has scored 290 runs in nine matches this season at an average and strike rate of 36.25 and 137.43, respectively. As a captain, he always plays in a difficult position but is doing a great job. He is very good against spin and pace, and that might help him and his team.

2. Nitish Rana back in form

Nitish Rana has been a consistent batsman for the Kolkata Knight Riders over the years. That is why KKR invested a huge amount in picking him back at the auction. The left-hander has done a decent job this season as well. He has scored a couple of half-centuries in the last few matches.

In the last match as well, he was the lone savior. Nitish played an important inning of 57 runs to help his team get a respectable total. He is a gifted left-hander who can play his shots and anchor the innings at the same time. KKR would hope for another such performance from him. Here’s the most reliable source of the best cricket betting tips created to help Indian punters get the most out of their cricket wagers.

Talking about one of the best all-rounders in the tournament, Andre Russell, will be up there on the list. The West Indian all-rounder has already delivered a few good performances so far this season. He is the second-highest run-scorer and wicket-taker for the Kolkata Knight Riders in the ongoing IPL season.

With the bat, he has scored 227 runs at an unbelievable strike rate of 175.96. He loves hitting sixes. That is why he is second on the list of highest sixes hit with 22 maximums so far. With the ball, he has taken 10 wickets in nine matches for KKR.

The West Indian all-rounder holds an important role in the KKR playing XI. Sunil Narine gives his hundred percent on the field in both bowling and batting departments. However, the numbers might not be in his favour, but he has done a good job so far for his team.

Talking about his primary skills, he has taken seven wickets so far in nine matches this season. But what makes him the best is that he gives nothing away to the batters. He is the most economical bowler in this tournament, with an economy rate of 5.30.

5. The Pace bowling Duo of Umesh Yadav and Tim Southee

KKR has always gone with a spin-heavy bowling attack in the IPL over the years. But this season, it’s been revolutionary for them. KKR have had two outstanding signings in Umesh Yadav and Tim Southee, and that has proved to be a game-changer so far. At least they are not facing much worry in their pace bowling department.

Both teams have some big power-hitters on the cricket ball. But in this match, in particular, KKR are already out of the competition, which means there will not be any pressure on them. So that might give them an extra edge over RR. Read 1xbet IPL reviews here and learn how this app works for online betting.