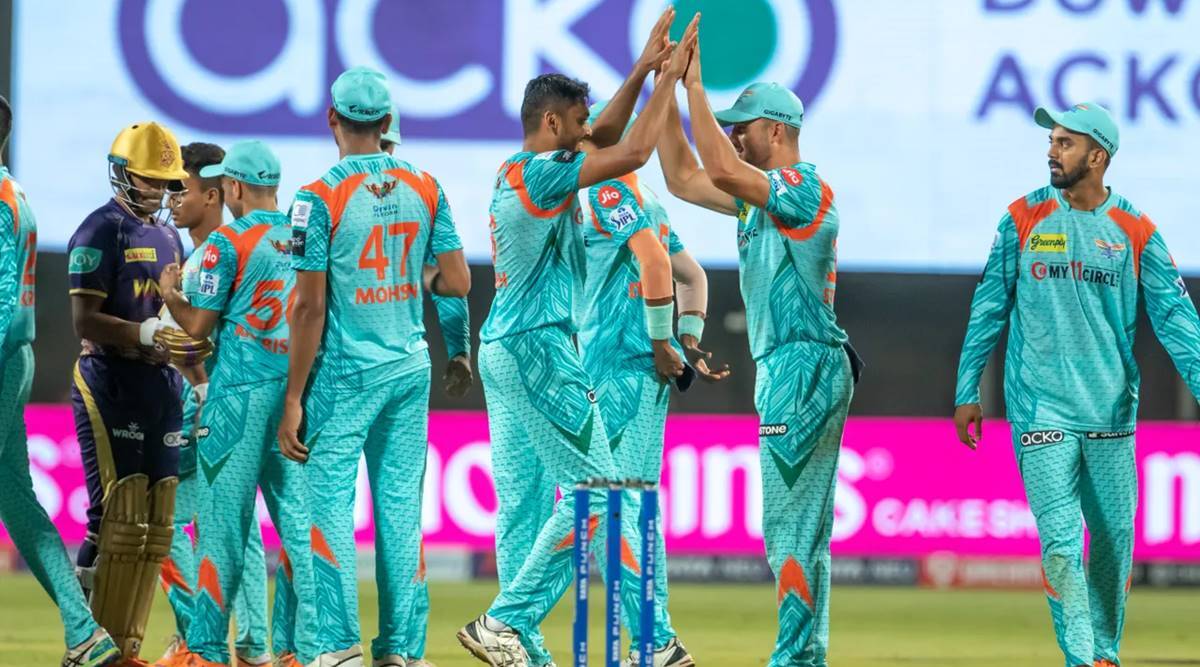 IPL 2022 Live: In the 15th season of the Indian Premier League, we will now witness a thrilling game between two debutants and the heavyweights of the tournament, Lucknow Super Giants, and Gujarat Titans. LSG vs GT fixture will be a heated match as both the teams will be giving the sweat and blood to score a win.

Lucknow Supergiants, on the other hand, are having a brilliant debut season in IPL 2022. Like Gujarat, Lucknow has also become one of the biggest contenders for the IPL 2022 trophy. They are currently at the leading position in the IPL 2022 point table with 8 wins and three losses. They are on a winning streak as the franchise has won 4 matches consecutively. There is no doubt that Lucknow will defiantly qualify for the playoffs this year. The squad will be high on confidence as they are coming for this game after a huge win against Kolkata Knight Riders.

The upcoming fixture between both the teams will be a thrilling game to watch as both of them have played some brilliant cricket in their previous matches.

Quinton de Kock is one of the best batsmen in the limited format of the game. He proved himself every time in IPL and international cricket. Quinton’s form was a concern for Lucknow during the beginning of the IPL season 15, but he has always given his team a good start. Get the IPL betting apps for IOS and Android here on our site.

In recent times, Deepak Hooda has witnessed a sudden rise in his career of Deepak Hooda. Since his debut in IPL, Hooda has shown steady growth in his talent and quality of cricket. While playing for Lucknow, Hooda has become a crucial player for the team.

Against Kolkata Knight Riders, Deepak Hooda played a brilliant inning in partnership with Quinton de Kock. He scored 41 runs in 27 balls at a strike rate of 151.85. His inning helped Lucknow to reach a comfortable score of 176.

One of the major aspects which are working in favour of Lucknow Super Giants is the quality of bowling by Avesh Khan. The presence of Avesh has made Lucknow’s bowling much stronger and more lethal. It was his ferocious bowling that turned the course of the game against Kolkata.

Avesh Khan picked up 3 wickets in 3 overs at an economy of 6.33 against Kolkata Knight Riders. His pace and disciplined line and length worked in favour of the bowler and his team. As Lucknow comes to play Gujarat once more, Avesh will play an important role for his team.

The combination of Jason Holder and Avesh Khan is deadly and it was visible in the last game. Holder has become a primary pacer for Lucknow and he is picking up wickets in almost every fixture. In the last game as well, his spell changed the whole game for Lucknow. Read Bet365 IPL reviews here and know why this app is best for betting online.

Against Kolkata Knight Riders, Holder picked up 3 wickets in just 2.3 overs at an economy of 12.40. His economy went on a bit higher side but Holder is experienced enough to understand the fact and control the same in the upcoming fixture.

Lucknow Super Giants will be proud of themselves for signing KL Rahul and giving him the responsibility of the team. He is currently in exceptional form and is constantly giving his team a strong start in every game in IPL 2022.

Overall in IPL, KL Rahul has scored 451 runs in 10 matches at an average of 56.38 and a strike rate of 145.02. He s currently the second-highest scorer in the tournament and the highest on his team. KL Rahul’s leadership skills are unquestionable as he is winning matches consistently.

Things have changed a lot from the day Lucknow Super Giants and Gujarat Titans met last time. Lucknow has come out as a stronger team and recently they have shown signs of being a champion. We predict that match number 57 will be a close game and Lucknow Supergiants will be the winners.