Home » News » IPL 2022 LIVE: Key Matchups to Watch Out for in the Game Between LSG vs RCB (Eliminator)

IPL 2022 LIVE: Key Matchups to Watch Out for in the Game Between LSG vs RCB (Eliminator) 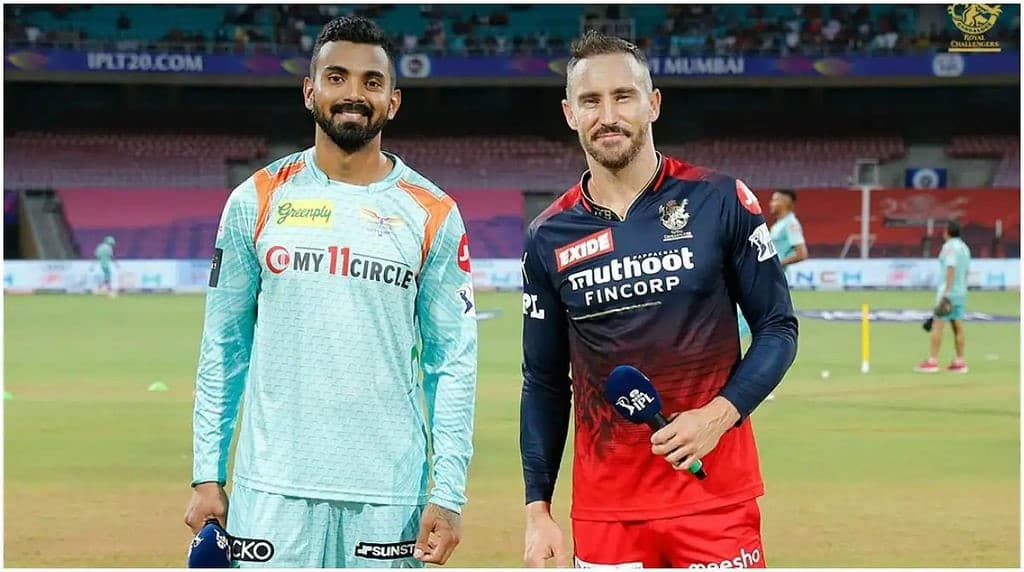 IPL 2022 LIVE, LSG vs RCB: Lucknow Super Giants (LSG) will take on Royal Challengers Bangalore (RCB) in the eliminator match of IPL 2022 at Eden Gardens, Kolkata on Wednesday, May 25. Lucknow were firmly positioned to finish in the top 2 but a blip in form towards the business end proved costly for them. RCB on the other hand will play the knockout fixture for the second successive season all thanks to Mumbai Indians (MI).

LSG weren’t able to finish in the top two due to their inferior run rate as compared to RR. The Nawabs are coming on the back of a classic thriller against KKR in their last league game of the season. LSG won the nail-biter by 2 runs while defending 210, the lowest victory margin for a team that scored 200+ batting first in IPL. Quinton de Kock went berserk against KKR as he accumulated 140 runs off just 70 balls, the third-highest individual score in the history of IPL. The franchise would want him to keep going and provide the team with another solid start.

RCB would have been delighted to see the sight of Virat Kohli finally playing a match-winning innings against GT. The ex-RCB skipper is peaking at the right time and the franchise would hope Kohli can play another impactful inning in the knockout match.

Glenn Maxwell has been a true challenger in the face of adversity. His all-around brilliance has helped RCB to come out of jail on many occasions. Wanindu Hasaranga has been sensational in the middle overs for RCB. The leggie is second on the list of most wickets taken with 24 wickets across 14 games at an average of 15.08.

LSG vs RCB: Player Battles that can play a key factor in IPL 2022 Match

RCB defeated LSG when the two teams met in the season’s first encounter. Moreover, RCB have the experience of playing in such a pressure cooker game and will be confident after a clinical show in both departments against GT. However, there are few matchups that can have a bearing in the batting innings for both teams. In this feature, we take a look at 3 such matchups between them.

Quinton De Kock is peaking at the right for LSG. The southpaw will be oozing confidence after the whirlwind innings against KKR. De Kock has been a prolific run-scorer in the IPL for Mumbai and is doing the same in the mint of LSG. The South African batter amassed 502 runs across 14 innings with a strike rate and average of 149.4 and 38.9 respectively.

However, De Kock will have his work cut out against Josh Hazlewood in the powerplay overs. The lanky pacer has added teeth to RCB’s pace attack with 15 wickets across 10 games at an average of 20.73. Moreover, Hazlewood has a positive matchup against de Kock having dismissed the LSG opener three times in 6 innings.

However, De Kock has batted with a healthy strike rate of 131.6 against Hazlewood. Hence, this matchup will be irrefutable in the game’s context. Read 10cric reviews here and learn more about how this app works for betting online.

Virat Kohli delivered when it mattered the most in a crunch game. Kohli not only batted with intent but took the game deep, an aspect of his batting that he failed to replicate in the league stage. However, the franchise would hope that this inning was enough to ignite the fire in his belly. Kohli will come into the match with much-needed confidence that was lacking in his game.

However, Kohli will have to be watchful against LSG fast bowlers, including Mohsin Khan in the first six overs. The left-arm pacer’s stocks are just rising after every game. The 23-year-old has taken 13 wickets across 8 innings but with an outstanding average of 13.2. Moshin’s economy rate of 5.2 is the best in the powerplay this season. Mohsin will aim to squeeze Kohli with dot balls and finally induce a false shot.

Dinesh Karthik’s return to the Indian team is certainly the best comeback story of the 15th edition of IPL. The veteran wicket-keeper batsman has played a pivotal role to help RCB through to the playoffs. Karthik’s influence in death overs has clearly been reflected in RCB’s results so far. The 37-year-old has accumulated 213 runs in the last five overs with a strike rate of 215.2, the best among batters with a min of 40 balls. Get more legal betting apps for IOS and Android here on our site and enjoy all features at the comfort of you home.

However, Karthik might struggle against Avesh Khan, who has already taken 5 wickets in the death overs. Karthik also has a negative matchup against Avesh having been dismissed one time in 9 balls and has scored only 2 runs. Therefore this matchup will play a defining role in the outcome of the game.