IPL 2022 LIVE: “Making Ravindra Jadeja the Captain Was the Biggest Mistake” – Virender Sehwag Criticized CSK after Their Loss against RCB 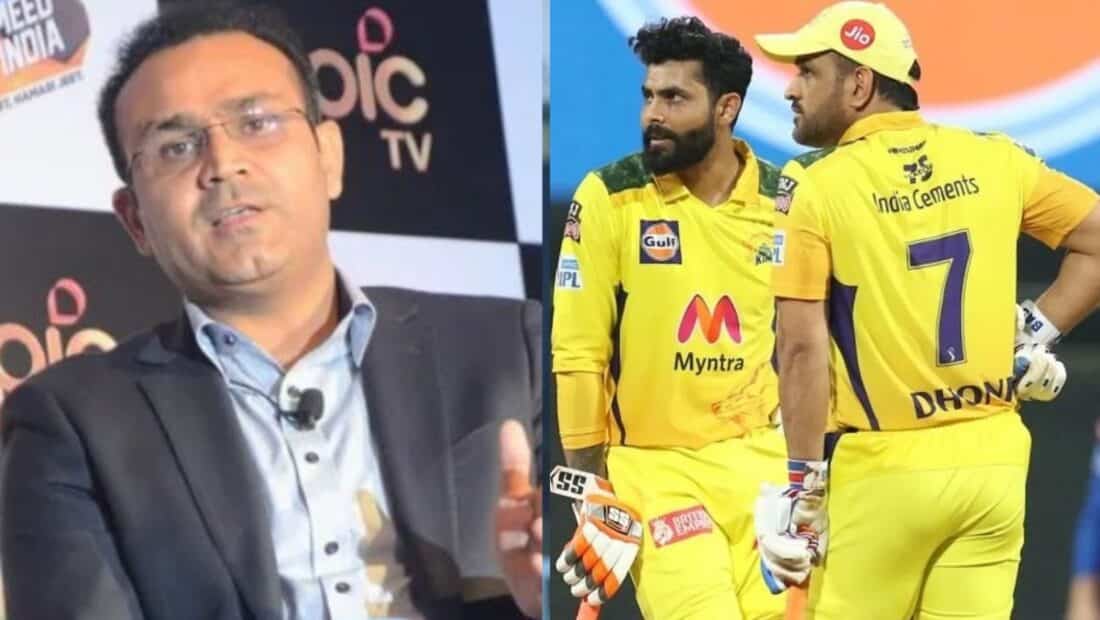 IPL 2022 LIVE: The defending Champions’ season is almost over after RCB won the match last night. CSK suffered their seventh loss this season when RCB defeated them by 13 runs at MCA stadium in Pune. With this, the hopes of making it to the top four have taken a hammering. MS Dhoni and his men became the second team to get eliminated after MI this IPL.

The Yellow Army has three wins out of ten matches and is in the 9th spot with 6 points. A team needs 16 points to qualify for the playoffs. Despite having four more games to go, CSK can only get to 14 points.

That will still be not enough for the qualification criteria. However, CSK had a complete turnaround of their last season this time. There were many flaws in the entire squad. MS Dhoni handed over the captaincy to Ravindra Jadeja, batting failures, injuries to their premium pacer and lack of a quality pace bowler have led them to a position where they will not be able to defend their title.

A former Indian opener who didn’t seem impressed with CSK’s performance criticized the franchise’s decision-making for this. For more live betting tips and match guides for the 2022 season, read here and learn more from the betting experts.

Virender Sehwag has shown his frustration after CSK lost their match to RCB. In an interaction with Cricbuzz, Sehwag said that the biggest mistake the franchise made was making Jadeja their captain. He claimed that this decision backfired on them and that their performance has since deteriorated. The former opener also stated that if they chose Jadeja to captain the team, he should have continued rather than handing it back to MSD in the middle.

He also pointed out the issues CSK had this season. The 43-year-old highlighted the form of last season’s “Orange Cap” holder, Ruturaj Gaikwad. He said that the team struggled to find the right combination and Gaikwad also under-performed in the first few matches. Speaking of CSK’s win over MI this season, he said that MSD won them the match, but they almost lost it. He concluded,

“They started poorly, then batters did not score, from there on the season went haywire. If Dhoni had been the captain from the beginning then it would’ve been better and maybe CSK wouldn’t have lost match so many matches.”

With the win, RCB ended its losing streak and moved up to the fourth place. Harshal Patel was the star with the ball. He registered a figure of 3/35 and got the “Man of the Match” award. Glenn Maxwell also bowled superbly and took two wickets for just 22 runs. Mahipal Lomror was the highest run-scorer for RCB. The left-hander scored 42 off 27 balls. For CSK, Devon Conway struck a half-century. RCB will face SRH in their next match on Sunday at the Wankhede Stadium. f you’re looking for high-quality and accurate live cricket prediction, you’re on the right page.