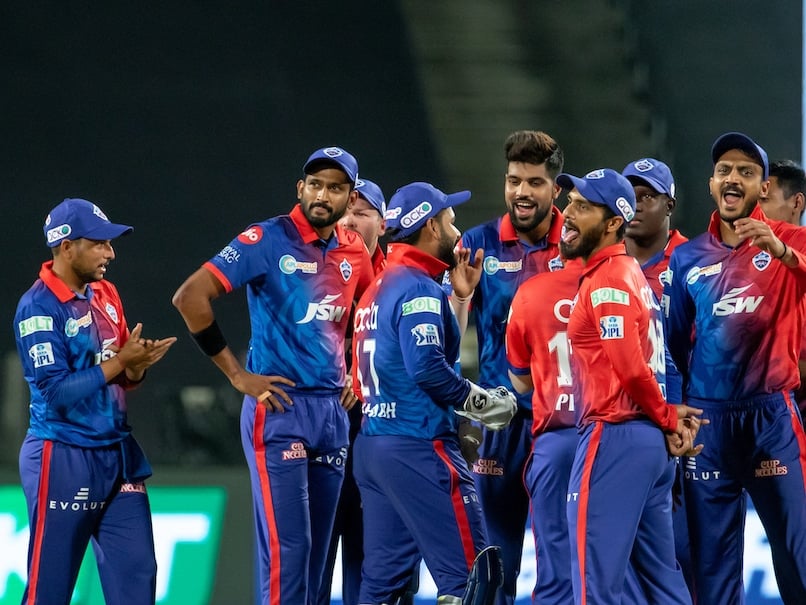 MI VS DC, IPL 2022 Live: We are only 2 matches away from knowing the final 4 names for the playoffs of IPL 2022. Gujarat Titans and Lucknow Super Giants, the two new teams who made their debut in IPL 2022, have already qualified for the playoffs. It is now down to the final two games and that has suddenly amounted to a huge thrill and excitement.

In match number 69, we will witness the second encounter of MI vs DC. In the first game when these two teams, Delhi Capitals turned out to be the winners. Mumbai Indians are coming for this game after a disappointing loss against Sunrisers Hyderabad on Tuesday. It was a close game between both the teams but the end result was in Hyderabad’s favour.

Delhi Capitals, on the other hand, have recently started showing some positive signs in the tournament. There is a sudden improvement in the playing XI and the team is currently at the 5th position in the IPL 2022 point table. With 7 wins and 6 losses, Delhi Capitals still have a chance to qualify for the playoffs given that they win the upcoming fixture against Mumbai Indians.

Delhi squad is coming for this game after scoring a thrilling win against Punjab Kings. It was a close game between both the teams but the end result was in favour of the Delhi Capitals. Match number 69 between Mumbai and Delhi is an important game for Delhi Capitals to make sure that they are in the playoffs.’

In IPL 2022, Mitchell Marsh has proved to himself why he is one of the greatest all-rounders of all time. Coming at number 3, Marsh is always responsible to play a strong inning and score a big number for his team. Are you looking for the most trustest real money online betting apps on the go? If yes, read more here.

In the last game against Punjab Kings, after the failure of David Warner, Mitchell Marsh partnered with Sarfaraz Khan to provide stability to Delhi Capitals. He was able to score 63 runs n 48 balls at a strike rate of 131.25. Surprisingly, Marsh didn’t bowl a single over during the game.

In the absence of Prithvi Shaw due to health reasons, Delhi Capitals have faced a big issue in their opening batting lineup. With David Warner, in the last game, Sarfaraz Khan turned out to be a real asset for the Delhi Capitals.

Against Punjab, Sarfaraz was able to score 32 runs in 16 balls at a strike rate of 200. With Mitchell Marsh at the other end, Sarfaraz was not under pressure and played one of the best innings of his IPL career on Tuesday.

The newly signed player of Delhi Capitals, Shardul Thakur, bowled an exceptional spell in the last game. Throughout the IPL 2022, Shardul was not at his best but he is showing signs of improvement and against Punjab, the results were visible. Here are free cricket match betting tips and match guides from professional betting tipsters.

Shardul Thakur picked up 4 wickets in 4 overs at an economy 9 in the last game against Punjab Kings on Tuesday. Team India’space attacker is one of the crucial bowling options for the Delhi franchise and against Mumbai, Shardul would like to repeat his performance.

Since the beginning of the tournament, Kuldeep Yadav’s comeback as an exceptional spinner has turned out to be a fairytale story. He is consistently picking up wickets for Delhi and he is currently the fourth-highest wicket-taker in the tournament.

Against Punjab, Kuldeep Yadav picked up 2 wickets in 3 overs while maintaining an economy of 4.67. In the first game against Mumbai Indians, Kuldeep picked up 3 wickets at an economy of 4.50. Kuldeep can defiantly give Mumbai batters some hard time again.

In the last game against Punjab, Axar Patel became the fourth player to pick more than 100 wickets in and score more than 1000 runs in the history of IPL. Axar is a quality spinner bowler and he has made his name for himself in IPL.

Against Punjab, Axar was able to pick 2 wickets in 4 overs while maintaining an economy of 3.50. For Delhi Capitals, Axar is one the best players and this is the reason he has been retained by the management.

Delhi Capitals have recently shown some signs of improvement and things are going pretty well for the whole team. They had a brilliant outing in the last game and in the upcoming fixture against MI, we expect that Delhi Capitals will end up as the winner.