Home » News » IPL 2022 LIVE: Key Matchups to Watch Out for in the Game Between MI vs DC

IPL 2022 LIVE: Key Matchups to Watch Out for in the Game Between MI vs DC 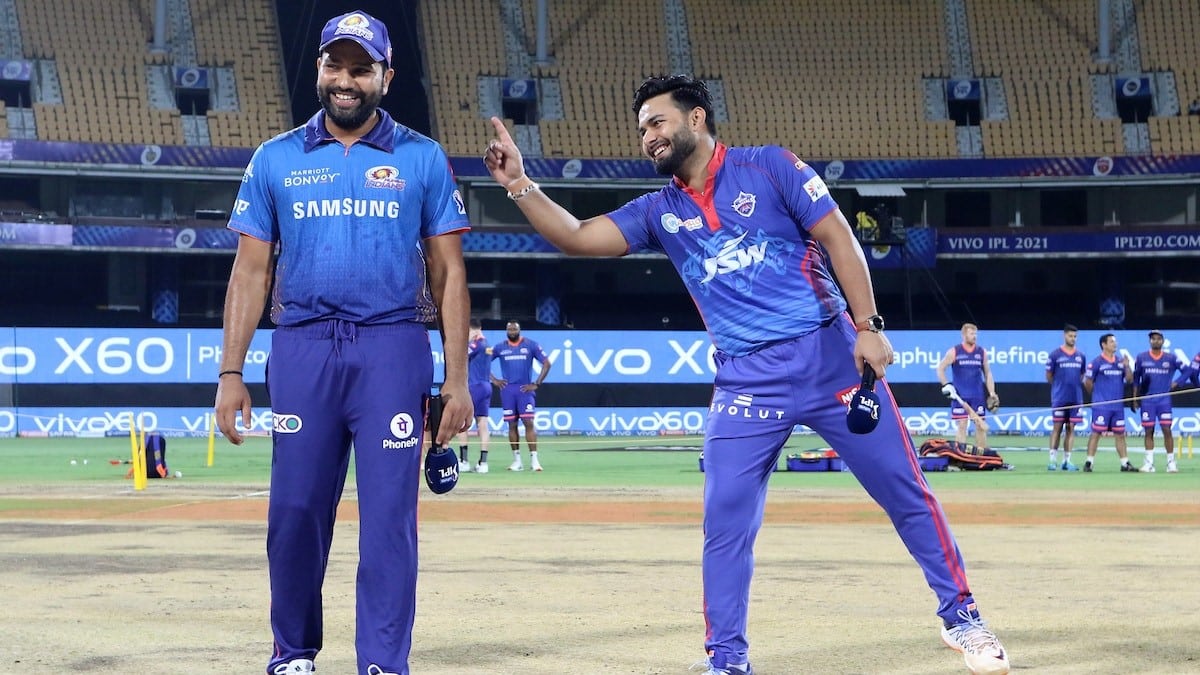 IPL 2022 LIVE, MI vs DC: Mumbai Indians (MI) will take on Delhi Capitals in the penultimate league match of TATA IPL 2022 at the Wankhede Stadium, Mumbai on Saturday, May 21. In 2018, MI had to win the final league game against DC to qualify for the playoffs but they failed. Four years down the line, MI have the opportunity to knock DC out and take sweet revenge.

Rohit Sharma and Ishan Kishan have scored 390 together, the most by any opening pair this season. The openers have survived the powerplay on five occasions but lost wickets in clusters during the middle phase. In fact, MI lost 89 wickets between overs (7-15), the third-worst figures after KKR and PBKS. Skipper Rohit looked in sublime touch against SRH but failed to convert his start into a big score yet again. If Rohit fails to register a half-century against DC, this will be the first time he will end an IPL season without a solitary 50.

The capitals have a much better run rate than RCB and a win will take them through to the last four. Mitchell Marsh played a solid knock of 67 in a close match and the franchise would want him to keep going. Prithvi Shaw is likely to make a comeback against MI after he recovered from fever. The 22-year-old has been instrumental to DC’s fortune in the powerplay with 193 runs in his kitty. In fact, he has accumulated those runs with a strike rate of 159.5, the best among batters with 100 runs in the first six overs.

MI vs DC: Player Battles that can play a key factor in IPL 2022 Match

Mumbai almost pulled off a heist in a high-scoring thriller against SRH. The match would have boosted their confidence and we can expect MI to give a tough fight. Meanwhile, the Capitals have won two on the bounce and will come with all guns blazing against MI.

Hence, we can expect the match to go down to the wire. In such a scenario, player matchups can have a say in determining the game’s outcome. In this feature, we take a look at 3 such player battles between the two powerhouses.

Rishabh Pant just like his team has blown hot and cold this season. The southpaw has amassed 301 runs with a strike rate of 157.39 and an average of 30.10. However, failed has failed to take his innings deep with 44 being his highest score. The Capitals would hope that he can deliver the knockout punch against MI and take his team through. Read 1xbet IPL reviews here and learn how this app works for betting online.

However, Pant will have his work cut out in the middle overs against Jasprit Bumrah. The India pacer who has been a consistent performer for MI in the IPL has taken only 12 wickets across 13 innings, averaging just under 30.

Hence, Bumrah will be keen to finish the season on a high. He has dismissed Pant six times across 12 innings and has conceded 47 runs off 42 balls. Hence this matchup will have a huge bearing on the game.

David Warner missed out in the last match against PBKS. The southpaw has been the mainstay for DC this season with 427 runs across 11 innings, averaging just under 54 and having a strike rate of 151.96. The Capitals would hope that Warner could provide them with another flying start tomorrow.

Warner will be up against his countrymate Daniel Sams in the powerplay. The MI all-rounder has made a sensational comeback after going for plenty in the initial few games. Post that, the left arm-pacer has taken 11 wickets in the last six games out of which, seven have come in the powerplay. Hence, this matchup will be irrefutable in the context of the game.

Since 2017, Rohit Sharma’s woes against spin have been exposed by many bowlers. He has faced 588 balls from the spinners and has scored 680 runs at an average of 21.83 and a subdued S/R of 115.91. Delhi, who have a formidable spin attack will look to highlight the chink in his armor.

He has a shoddy record against all-rounder Axar Patel. In 7 innings, the spin-bowling all-rounder has dismissed Rohit 2 times and has only conceded 33 runs from 45 balls. Since Axar also bowls in the powerplay, this matchup becomes really important. Free IPL betting tips and match guides from professional betting tipsters.