Home » News » IPL 2022 LIVE: Key Matchups to Watch Out for in the Game Between PBKS vs DC

IPL 2022 LIVE: Key Matchups to Watch Out for in the Game Between PBKS vs DC 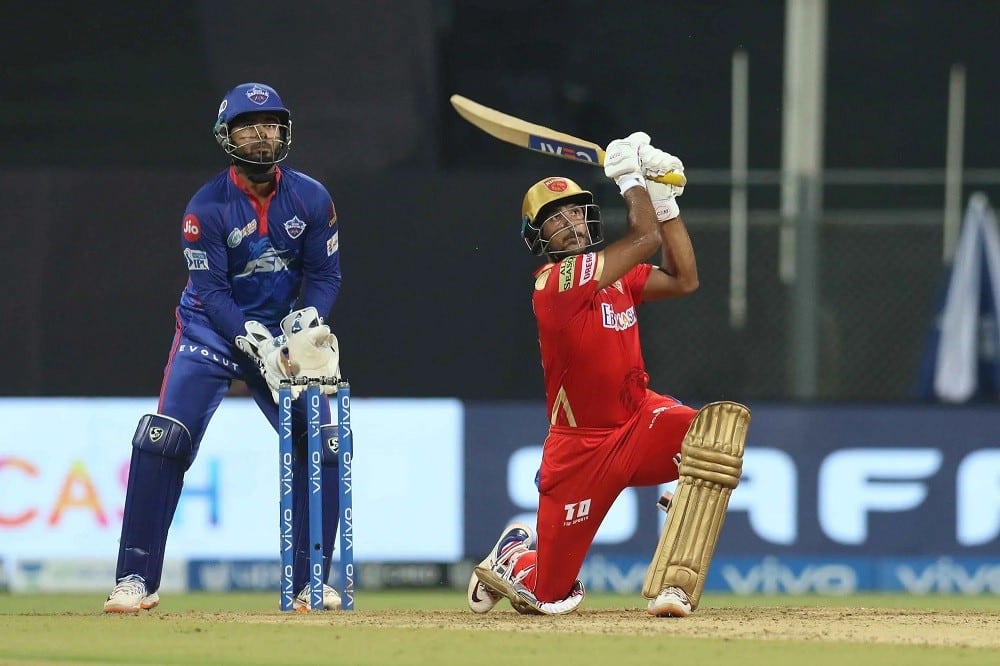 IPL 2022 LIVE, PBKS vs DC: Punjab Kings (PBKS) will take on Delhi Capitals in match 64 of the TATA IPL at Dr. DY Patil Sports Academy, Navi Mumbai on Monday, May 16. Both PBKS and DC have 12 points from an equal number of games and the chances of qualification rest in their own hands. The situation will become complicated if either of the team loses one of their remaining two games.

PBKS nailed a near-perfect game in the win over Royal Challengers Bangalore (RCB). Jonny Bairstow’s counter-attack in the powerplay ensured PBKS had 83 on the board and there was no looking back. PBKS would want Bairstow to keep going in the remaining two games as well.

Liam Livingstone didn’t let the momentum slip with yet another impactful to power PBKS to a total above 200. PBKS’ fortunes rest on the performance of the two Englishmen. Kagiso Rabada has also rediscovered his rhythm after going for plenty against RR.

Mitchell Marsh was the star performer both with bat and ball in the win over RR. The Australia all-rounder has shown that if his body permits Marsh can turn matches on his own. Prithvi Shaw is likely to return after recovering from Typhoid. The Capitals badly missed Prithvi Shaw’s attacking flair in the last three games. Kuldeep Yadav has gone wicketless in the last three of the four innings. The leggie has also conceded 132 runs at an economy rate of 10.32. Yadav’s spell in the middle overs can have a huge bearing on the game’s outcome.

PBKS vs DC: Player Battles that can play a key factor in IPL 2022 Match

Both PBKS and DC have a strong batting lineup and it will be the case of whichever team can hold the advantage with the ball. It is really difficult to predict a winner in this match. However, there are few player matchups that can determine the outcome of the game. In this feature, we take a look at 3 such player battles between the two powerhouses. Download the best betting apps in India here on our site and enjoy handsome odds, multiple betting features, high-value bonuses, multiple betting features, and many more.

David Warner scored a blazing 60 of just 30 balls against PBKS in the first encounter of the season. The southpaw loves batting against Punjab and, boasts a wonderful record against them. Warner has amassed 1005 runs across 22 innings with an average and strike rate of 52.89 and 142.45 respectively. The Capitals would want him to keep going and provide solid starts to the team.

However, Warner will be up against his nemesis in Kagiso Rabada in the powerplay. The South African pacer has dismissed warner three times in 7 innings but the DC opener has scored at a flair clip against Rabada. Warner has so far amassed 209 runs in the powerplay with a strike rate of 163.3, the best among batters with a min of 30 balls. Hence, it sets up for an interesting matchup between the two overseas T20 specialists.

Jonny Bairstow is showing his true colours since he was promoted to open the innings for PBKS. The English white-ball specialist has got his stride with consecutive half-centuries in the last two innings. Bairstow came to all guns blazing against RR and the franchise would hope that he can keep going. Bairstow’s counter-attack in the powerplay will allow Dhawan to settle into his innings and take the game deep. Read our latest cricket betting tips and guide, written by cricket betting experts, to find the right betting app for your situation.

Anrich Nortje on the other hand has found his rhythm with the ball against RR after being off the radar in the last few games. Nortje has taken 6 wickets across four innings so far with an average of 25.17. Hence this player battle can have a huge bearing on the game’s outcome.

Prithvi Shaw’s influence in the powerplay has had a huge impact on the Capitals’ results so far. The DC opener is the fifth-highest run-getter in the powerplay with 193 runs at a strike rate of 159.5, the second-best among batters with a min of 30 balls. Shaw, who was out of action for a while may find it tough to get going against the PBKS pacers, especially Rabada.

Rabada is slowly and steadily climbing the ladder in regards to the list of highest wicket-takers this season. He is just 3 wickets behind Wanindu Hasaranga, the current purple cap-holder. Rabada was the pick of the bowlers with a three-wicket-haul in the win over RCB. Hence, his matchup with Shaw will be one of the matchups to watch out for.