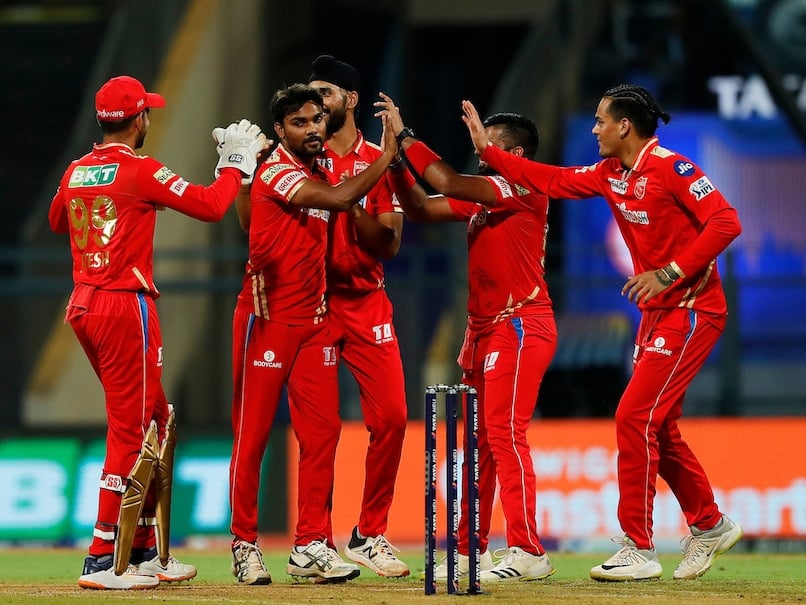 IPL 2022 Live: A month of thrill and entertainment has been witnessed in the 15th season of IPL 2022. All the teams are now well aware of their stand in the ongoing tournament of IPL. On Friday, we will witness the first clash between Punjab Kings and Lucknow Super Giants. PBKS vs LSG will take place on 29th April at Maharashtra Cricket Association Stadium. Lucknow Super Giants are coming for this game after a comfortable win against Mumbai Indians. Lucknow is currently sitting at the fourth position in the IPL 2022 point table with 5 wins and 3 losses.

Punjab Kings, on the other hand, started their IPL 2022 campaign on a positive note. However, the franchise witnessed a sudden dip and inconsistency in its performance. The team is coming after a comfortable win against Chennai Super Kings but they are not winning the fixtures consistently. As of now, Punjab is in the 6th position in the IPL 2022 point table. They have won 4 fixtures and have lost the same number of matches in the ongoing tournament. It is high time and if Punjab wants to qualify for the playoffs, they will have to start winning the games consistently.

The last fixture of Punjab Kings was an easy win against Chennai Super Kings. The upcoming fixture against Lucknow will be a thrilling game as both the teams would like to score a win.

During IPL 2022 mega auction, Shikhar Dhawan was purchased by Punjab Kings for 8.25 Crore. he was bought to give the team a good start in IPL 2022. Dhawan is doing his job well and he is currently the 3rd highest scorer in the tournament.

Overall in IPl 2022, Dhawan has scored 302 in 8 fixtures at an average of 43.14 and a strike rate of 132.46. In the last game against Chennai, Dhawan scored 88 runs in 59 balls at a strike rate of 149.15. His credentials speak for his aggressive batting and Dhawan will be the match-winner against Lucknow.

The Sri Lankan limited over specialist batsman, Bhanuka Rajapaksa, is turning out to be positive news for Punjab Kings. Coming at number 3, Bhanuka gives an extra push to his team by playing a constructive inning.

Against Chennai Super Kings, Rajapaksa partnered with Shikhar Dhawan and scored 42 runs in 32 balls at a strike rate of 131.25. His inning takes away the pressure from the middle order and other players can do their job well.

The middle-order Punjab Kings is handled by the English power-hitter, Liam Livingstone. Overall in IPL, Liam has scored 245 runs in 8 matches at an average of 30.53 and a strike rate of 187.02. His strike rate is a pure example of his ability to give a big push to Punjab.

Against Chennai, Liam came to the pitch and immediately started hitting the bowlers. He scored 19 runs in 7 balls at a strike rate of 271.43. His innings included 2 sixes and 1 four. Liam can also be used as a spin bowler and can provide a good variation to the team. Find more online IPL betting sites that are legit in India here on our site.

Punjab Kings are currently struggling with their bowling section. In the pace attack, they are currently dependent on the South African talent Kagiso Rabada. He has shown consistency in the tournament by picking up wickets in almost every fixture.

In the last game against Chennai Super Kings, Rabada turned out to be the most crucial bowler for Punjab. He picked up 2 wickets in 4 overs while maintaining his economy at 5.75. Rabada carries the ability to control the run rate of the opposition.

One big change that Punjab Kings did in their bowling section was the introduction of Rishi Dhawan. The pacer turned out to be the right decision for the squad. He picked up 2 wickets in 4 overs against Chennai Super Kings.

One thing which Rishi will have to take care of while coming for his next game will be his economy. Against Chennai, Rishi maintained an economy of 9.75. He will have to work on his line and length before bowling against Lucknow batsmen.

Punjab Kings is a strong team and they have all the characteristics to be a heavyweight in the tournament. As they come against Lucknow, Punjab has shown positive signs in their bowling section as well. This proves that Punjab Kings will come out as the winner on Friday. Here are more IPL betting tips and guides created by the betting experts.