Home » News » IPL 2022 LIVE: Key Matchups to Watch Out for in the Game Between PBKS vs LSG

IPL 2022 LIVE: Key Matchups to Watch Out for in the Game Between PBKS vs LSG 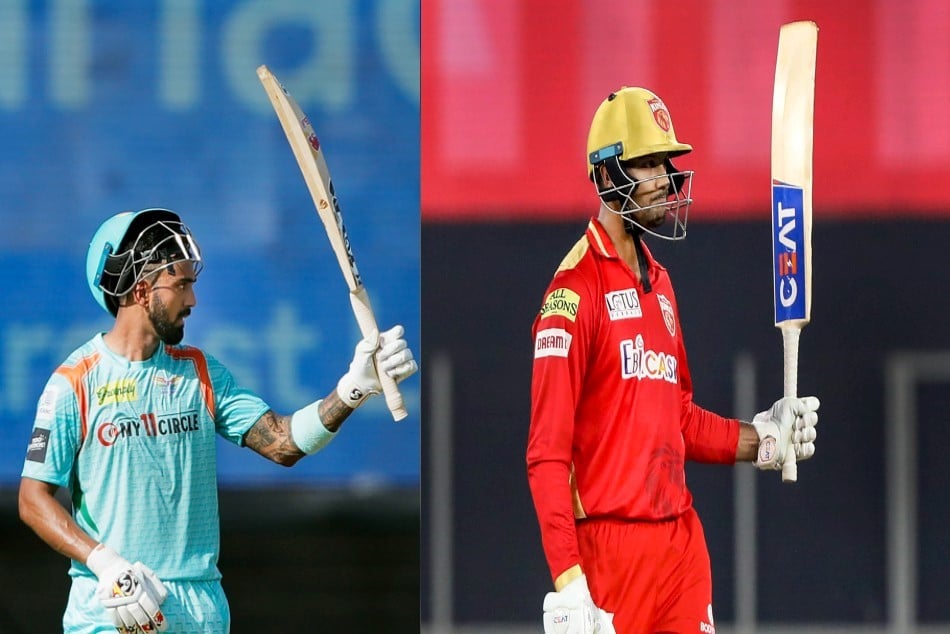 IPL 2022 LIVE, PBKS vs LSG: Two state mates and childhood buddies will face each other in match 42 of the TATA IPL. Mayank Agarwal-led Punjab Kings (PBKS) will lock horns with KL Rahul-led Lucknow Super Giants (LSG) at the MCA Stadium in Pune on Friday, April 29.

Shikhar Dhawan clicked at the top after a handful of matches. The southpaw played throughout the innings and scored a dashing 88* off 57 balls. Bhanuka Rajapaksa made an immediate impact on his return with a sublime 42 of 32 balls. However, PBKS need more from their skipper Mayank who has scored only 136 runs so far at an average of 19.43. In the bowling department, PBKS will depend on the susceptible match-winners Kagiso Rabada and Arshdeep Singh. But they need Rahul Chahar to step up and provide those breakthroughs in the middle phase.

KL Rahul will once again be the key to LSG’s batting innings. The LSG skipper is in ominous touch having accumulated 368 runs, including two centuries with a strike rate of 147.29. It will be an emotional moment for Rahul who was part an integral part of the PBKS franchise. LSG have a much stronger pace bowling unit compared to PBKS. The likes of Dushmanta Chameera, Jason Holder, and Avesh Khan have stifled the opposition with great discipline. The spin unit is also starting to click in unison with Krunal Pandya among the wickets in the last game.

PBKS vs LSG: Player battles that can play a key factor in the match

PBKS have more firepower in the batting and LSG have more potency in their bowling unit. Thus there will be a great contest between bat and ball at the MCA Stadium. The venue has more assistance for the pacers and that will be a key difference in the match. In such a scenario player matchups make a significant difference in the outcome of the match. In this feature, we take a look at 3 such player battles between PBKS and LSG. Get more trusted online IPL betting sites for the 2022 season here on our site.

KL Rahul will be itching to go against his former employee. Rahul has led from the front and played umpteen match-winning innings for PBKS and he is doing the same in the mint of LSG. The LSG skipper has played a couple of match-defining innings in the TATA IPL. He will again hold the key to LSG’s batting innings as they don’t boast the firepower down the order.

It will take something special to dismiss a player of KL Rahul’s caliber and PBKS might have the answer in Kagiso Rabada. The LSG skipper has a negative matchup against the South African veteran having been dismissed two times. Moreover, Rahul has scored with a strike rate of 108 against the PBKS pacer. Hence, this matchup will be irrefutable in the context of the game.

Jonny Bairstow was picked by Punjab Kings for a whopping 6.75 crore but the England white-ball specialist has failed to live up to his hefty price tag. In 5 innings, Bairstow has so far amassed only 47 runs at an average of 9.47. Bairstow’s batting position has been a lost cause for the franchise. In SRH he was opening the innings but in PBKS he has been given the responsibility to anchor the innings.

Thus his game against spin will play a vital role in the match. Bairstow will be up against Ravi Bishnoi in the middle phase. The PBKS batter has a negative matchup against Bishnoi having been dismissed once in 9 balls. Thus it will be interesting to see Bairstow’s approach against the LSG leggie tomorrow.

Quinton De Kock made a rollicking start to the 2022 season. The southpaw played impactful innings in a couple of games but in the last few matches, he has lost the Midas touch. LSG need De Kock to fire at the top to put less pressure on Rahul. The LSG wicket-keeper batsman has amassed 225 runs at an average of 28.13 and strike rate of 133.14.

However, De Kock will have his work cut out against Sandeep Sharma, a genuine swing bowler. Sandeep has taken 54 wickets in the powerplay in TATA IPL, the joint highest with Bhuvneshwar Kumar. He will be keen to make the new ball talk and send De Kock packing early. Sharma has already dismissed De Kock one time in 5 innings and will look to do the double over the South Africa veteran. Looking for more IPL betting apps for IOS and Android here on our site? Find them here and learn more about how online betting works.