Home » News » IPL 2022 LIVE: Key Matchups to Watch Out for in the Game Between PBKS vs RR

IPL 2022 LIVE: Key Matchups to Watch Out for in the Game Between PBKS vs RR 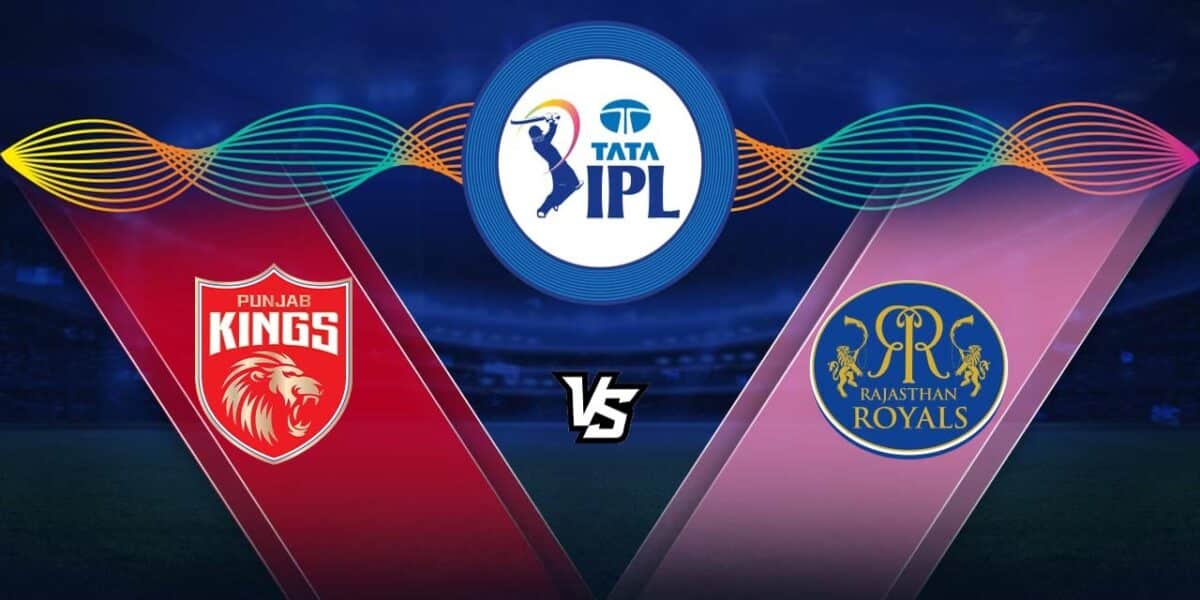 IPL 2022 LIVE, PBKS vs RR: In the first of the weekend doubleheader, Punjab Kings (PBKS) will cross swords with Rajasthan Royals in match 52 of the TATA IPL at the Wankhede Stadium, in Mumbai on Saturday, May 7. PBKS got a much-needed win against Gujarat Titans (GT) while RR has two on the bounce.

Shikhar Dhawan has started to deliver consistently at the top. Dhawan anchored the chase against GT with a nifty 63 of 52 balls. The southpaw has accumulated 369 runs in 10 games and is third on the list of highest run-getters this season. Jonny Bairstow is having a dreadful season having amassed only 80 runs in 7 innings at an average of 11.43. PBKS skipper Mayank Agarwal promoted him at the top against GT to get the best out of him. Bairstow has had success as an opener for SRH in the past. PBKS will be an intent machine if Bairstow comes to his stride.

RR’s strong batting unit failed to deliver in the last two matches. Jos Buttler has struggled to get his groove in the last two games. The RR opener laboured his way to 22 of 25 balls against Kolkata Knight Riders (KKR).

Devdutt Padikkal has blown hot and cold this season. The southpaw has racked up 216 runs in 10 innings at an average of 21. Sanju Samson has been good in patches and the franchise needs him to shoulder more responsibility to hold the middle order together. RR needs someone from the top alongside Shimron Hetmyer to allow him to tear apart the opposition in the slog-overs.

PBKS VS RR: Player Battles that can play a key factor in IPL 2022 Match

Both PBKS and RR have an explosive batting unit and we are up for a run-fest at the Wankhede. Hence, it will come down to whichever team can bowl well and seize the crucial moments in the match. In such a scenario, player matchups play a defining role in the outcome of the game. In this feature, we talk about 3 such player battles.

Jos Buttler has powered his way to 588 runs in just 10 innings at an average of 65.6 and a healthy strike rate of 150.6. However, in the last two innings, the English T20 specialist was not at his fluent best. As pitches in India start to get slow and dry, Buttler will have his work cut out in the remaining games.

In the second leg of the tournament, spinners will play a major part in the game. PBKS leg-spinner Rahul Chahar is having a decent season with the ball. The 21-year-old has taken 12 wickets in 10 games at an average of 22 and an economy of 7.57. Chahar, who was part of the Mumbai Indians is familiar with the conditions at Wankhede. Eyes here to get more legal and best betting apps for IOS and Android for free.

Moreover, he has dismissed Buttler two times in 3 innings but the RR opener has scored at a healthy strike rate of 165.38. Hence, this matchup will be irrefutable in the context of the game.

Shikhar Dhawan is slowly starting to get on his own in the last few innings. The southpaw loves to bat deep and anchor the innings and his strike rate of 124 speaks volume of it. Dhawan has been the best batter for PBKS alongside Liam Livingstone. The franchise would want to keep going at the top.

Meanwhile, Trent Boult has looked off-color in the last few games. The RR pacer has picked only 2 wickets in the last five matches. But he is still among the top three wickets in Rajasthan’s bowling lineup. Boult can wreak havoc if there is any swing available. In 9 innings, Boult has dismissed Dhawan two times and has conceded 62 runs off 52 balls. Hence, this matchup can have a key say in the batting innings of PBKS.

PBKS has demoted their skipper Mayank Agarwal to number 4. The 31-year-old hasn’t done much with the bat at the top of the order. In 9 innings, Mayank has amassed 161 runs with a strike rate of 128.8 and an average of 20.13. He will look to amends and make the number four position his own.

Hence, his game against RR spinners will be very vital. RR have picked 32 wickets in the middle overs, the most by any team this season. Mayank will be up against Yuzvendra Chahal the best in the business in the aforementioned phase. Chahal has dismissed Mayank four times in seven innings but the PBKS skipper has scored at a healthy strike of 183.7 against the RR leggie. Therefore, this battle will be the one to look out for. Looking for more latest cricket betting tips and match guides for the 2022 season? Find them here and learn more from the experts for free.